Some Things Pete, Amy, & Beto Have Said About Joe Biden That Are Still 100% True | The Mary Sue

Some Things Pete, Amy, & Beto Have Said About Joe Biden That Are Still 100% True

Well, this could be awkward. 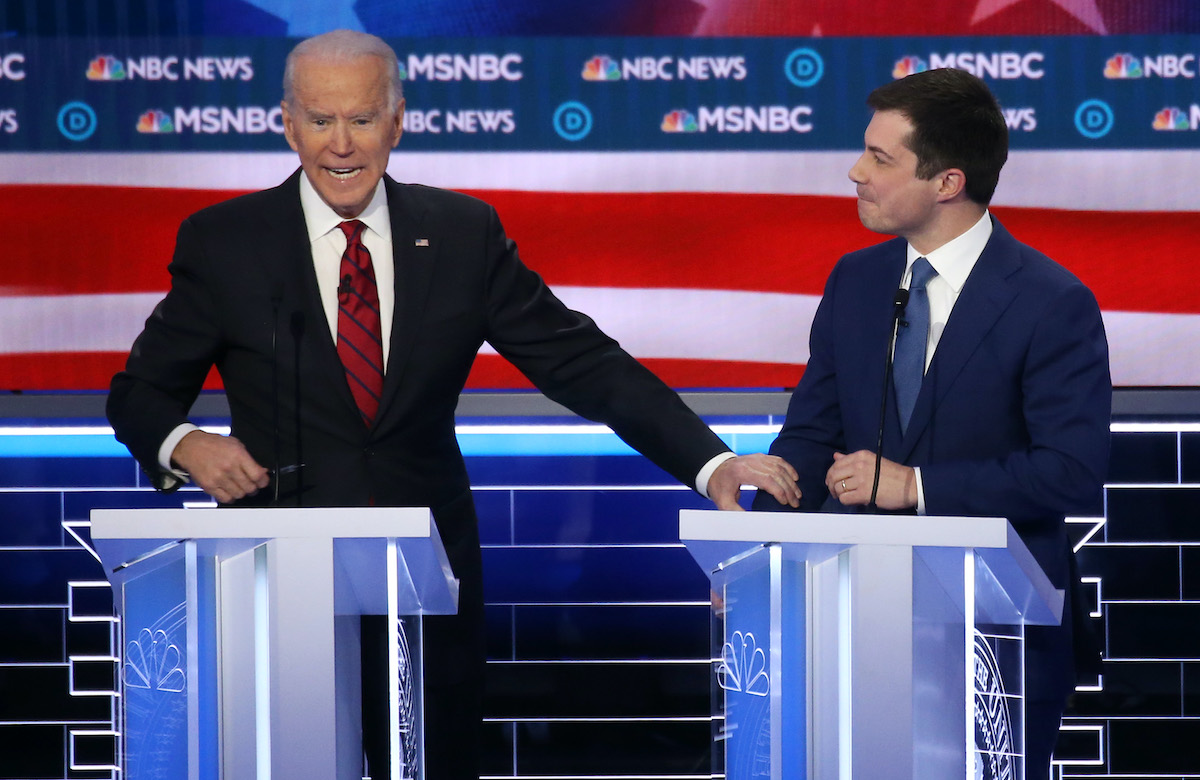 In the last 24 hours or so, Joe Biden has gotten a whole slew of endorsements from people who used to be running against him in the current Democratic primary race. A lot of these former candidates seem to have changed their opinion on Biden awfully quickly.

Question: “Is Joe Biden a return to the past?”

Beto O’Rourke: “He is and that cannot be who we are going forward. We’ve got to be bigger, we’ve got to be bolder. We have to set a much higher mark.”

Beto said that last June. He wasn’t wrong either. pic.twitter.com/tk8mOu6APb

“I think that he can best accomplish the ambitious agenda that Democrats have set when it comes to health care or climate or immigration. This guy can build coalitions, he can build consensus, he can reach across the aisle when necessary and he’s demonstrated an ability during his career to do all of those things.”

“I think Joe is just a great fit for the people of Texas, for what’s most important to me, and what I think this country needs at this moment,” he added.

Pete Buttigieg also said that Biden was a relic of politics past, even as recently as last month. At the New Hampshire debate, in response to a question about Biden’s attacks on his lack of experience, Pete said, “We need a perspective right now that will finally allow us to leave the politics of the past in the past, turn the page, and bring change to Washington before it’s too late.”

Pete Buttigieg on if he has enough experience to be president: “I just bring a different perspective…we need a perspective right now that will finally allow us to leave the politics of the past in the past.” https://t.co/SX4bKxtFPe #DemDebate pic.twitter.com/qO67Mx5NZ2

In an Iowa Public Television interview back in December, Pete said Biden “is an example of why years in Washington is not always the same thing as judgment. He supported the worst foreign policy decision made by the United States in my lifetime, which was the decision to invade Iraq.”

The only way we beat Trump is through a politics that reflects the decency of the American people. It’s what we sought to practice in my campaign—and it’s what @JoeBiden has practiced his whole life.

I’m proud to stand with the VP and help make him our next Commander-in-Chief. pic.twitter.com/Y9SqDLZS0g

Amy Klobuchar has always taken it pretty easy on Joe Biden. It’s been months since she said anything critical of Biden in one of the debates. (She tends to save most of her ire for Buttigieg–and Trump–but she does usually have at least some criticism for every other candidate.)

Honestly, the harshest thing I can find that Klobuchar has said about Biden came last March, after Biden said at a Democrat Party dinner that he would be the most “progressive” candidate in the race were he to enter it, which he hadn’t yet.

“He has been running things for a long time as a senator and as vice president, I’m sure he’ll be able to point to some major accomplishments that are progressive. And then he’ll have to explain things that weren’t as progressive,” she told CNN.

So it actually makes a lot of sense that she’s joined Team Joe. She’s still saving her contempt for other candidates.

At least when it comes to Pete and Beto, their criticisms were fairly harsh and very valid. I wonder where those reservations went?

Klobuchar, Buttigieg, and Beto are going to be so mad when they find out you’re not actually allowed to have three vice presidents.