This Week In Space: The Perseverance Rover Landing on Mars Was a Joyful Success 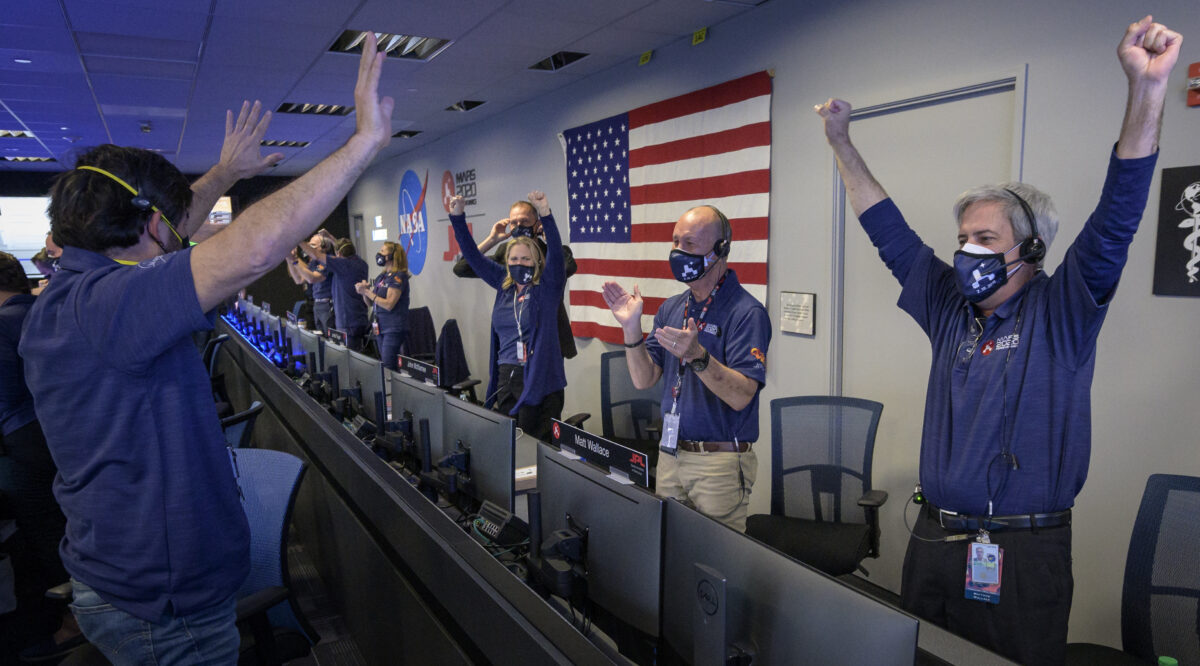 Some days, the news is cool. That was the case yesterday when NASA’s Mars Perseverance Rover landed successfully on the Red Planet. Perseverance is the most sophisticated rover ever sent to another world and it landed safely on Mars after a 203-day journey of 293 million miles through space. The tension at NASA’s Jet Propulsion Lab was high as scientists and engineers watched the rover land and awaited updates, given that any small miscalculation or mishap could have doomed thousands of hours of work and millions of dollars of investment.

It was a tense moment … but, spoiler, it worked out well.

Can we just take a minute here to bask in this pure joy? How cool is it to see people who have worked for years for something see it succeed and go right? And the reward for all that work is pictures from the surface OF MARS. This is awesome and in our weary, weird world reminders that humans can do cool things and be happy are really nice.

And so are the pictures from Mars!

Perseverance is packed with incredible technology that is part of a longer-term mission that aims to bring samples from Mars back to earth, which is incredible. But Perseverance will also collect other vital data as well. And it’s all part of paving the way for eventual human travel to Mars. Acting NASA Administrator Steve Jurczyk said of this momentous occasion:

“This landing is one of those pivotal moments for NASA, the United States, and space exploration globally – when we know we are on the cusp of discovery and sharpening our pencils, so to speak, to rewrite the textbooks,”  “The Mars 2020 Perseverance mission embodies our nation’s spirit of persevering even in the most challenging of situations, inspiring, and advancing science and exploration. The mission itself personifies the human ideal of persevering toward the future and will help us prepare for human exploration of the Red Planet.

Perseverance is camped in the Jezero Crater, which used to be a lake bed. While there Perseverance will investigate the ancient sediment and ground to learn about Mars’ past climate and even look for signs of past life on the Red planet. Again, amazing.

Perseverance is one of three missions to Mars that have reached the red planet: The UAE’s Hope mission will study the atmosphere and China’s Tianwen-1 mission, which has reached orbit, will land its own rover on the surface of Mars in May or June. It’s an incredible time for Martian exploration and the discoveries we’ll be making in the next years will be truly amazing.

Elsewhere in space this week:

Keep looking to the stars! Did you spot any space news we missed this week?