For a Brief Moment, People Thought Queen Elizabeth II Was Dead Because of WhatsApp and Some Fellow Named Gibbo 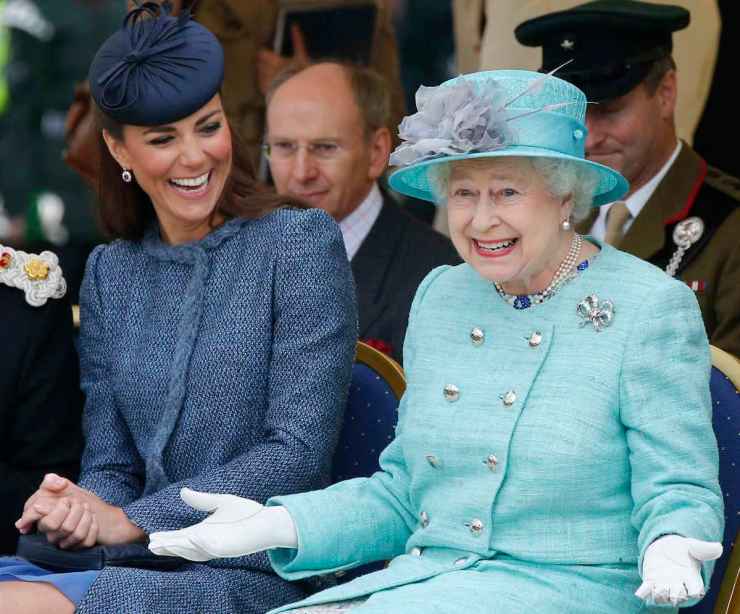 Elizabeth Alexandra Mary, also known as Her Majesty Queen Elizabeth II, is not dead, despite some weird rumors to the contrary that popped up due to a very strange Whatsapp group message. 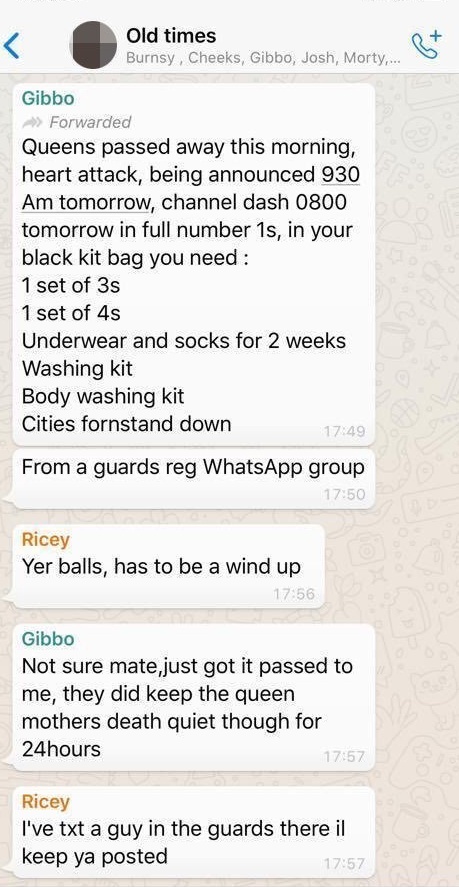 Online, rumors that something had befallen the 93-year-old monarch took off on social media because of a screenshot of a Whatsapp group message last night—a group chat with a featured image of a penis and including the names Burnsy, Cheeks, Josh, and Morty. And yet despite that it’s clearly not an “official” palace Whatsapp chat (unless it’s Andrew’s), the Editor-in-Chief of Royal Central still had to confirm it was all bollocks.

I see we have reached that time of year where I have to dispel rumours of HM’s passing.

The Queen is not dead. She is alive & well and is very much looking forward to hosting President Trump and other world leaders at Buckingham Palace on Tuesday for the NATO reception.

Of course, the internet had already decided to turn the news into a celebration of life in the best way possible: memes.

“I was once in a WhatsApp group that leaked the death of the queen with my friends Burnsy, Cheeks, Gibbo, Ricey, Josh and Morty” pic.twitter.com/uKTq8lMDBP

Gibbo tomorrow morning seeing the government outside his house after the Watsapp message about the Queen pic.twitter.com/3pusz8o1gm

so the queen didn’t die… pic.twitter.com/pD9GArMxZy

Would be typical if the queen died right before an election wouldn’t it so that the whole country goes into patriotic mourning and bails out the tories. Hold it off for a few weeks will you you spiteful old cow

Alright gibbo’s got till 9:30am to kill the Queen I guess

Wow Gibbo, you have really let us all down. It’s always interesting when these rumors start, because the British Royal Family is a polarizing presence in the world for multiple obvious reasons. I do know that, regardless of all that, her death will be the end of an era. She’s been queen longer than either of my grandparents have lived.

On the dark side of all this, it feels like just another distraction from the reality that Prince Andrew is someone with ties to an accused pedophile, and his interviews have only served to make him seem more guilty. Also, in case you were wondering what the actual protocol will be when the Queen does eventually die, we do know some information about that, and it doesn’t involve anyone named Cheeks.