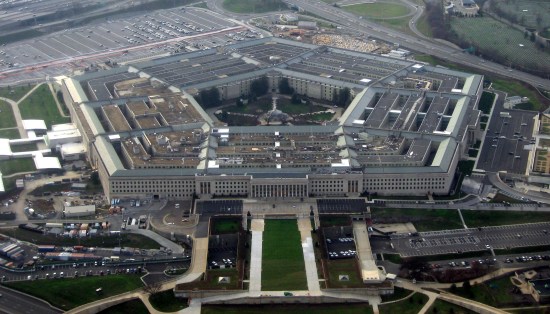 Documents outlining the construction of a new Department of Defense office complex were accidentally made public on a website run by the Army Corps of Engineers, the organization responsible for the design and construction of the building. The 30-page document, marked For Official Use Only (FOUO), outlined not only the building’s design but also its bomb-proofing scheme.

The Alexandria, VA complex, called the Mark Center, is meant to consolidate some 6,400 DoD employees now working at disparate locations across the National Capital Region. The FOUO documents were never meant to be seen publicly, and have revealed that the building is designed to withstand explosive attacks far smaller than recent attacks on government buildings.

More than simply embarrassing, experts are saying that the potential is great for actual danger in the wake of this disclosure. Speaking with Reuters, who discovered the documents and broke the story, former FBI explosives disposal expert Tom Thurman said that the plans pose a major security risk.

“If you know what all the defenses are, you plan the attack around those defenses,” he said. The public posting of such a document is “inexcusable,” he said, adding: “It’s not something that should be on any unsecure government website whatsoever.”