In which Nice Guy John Clare takes it up a notch. 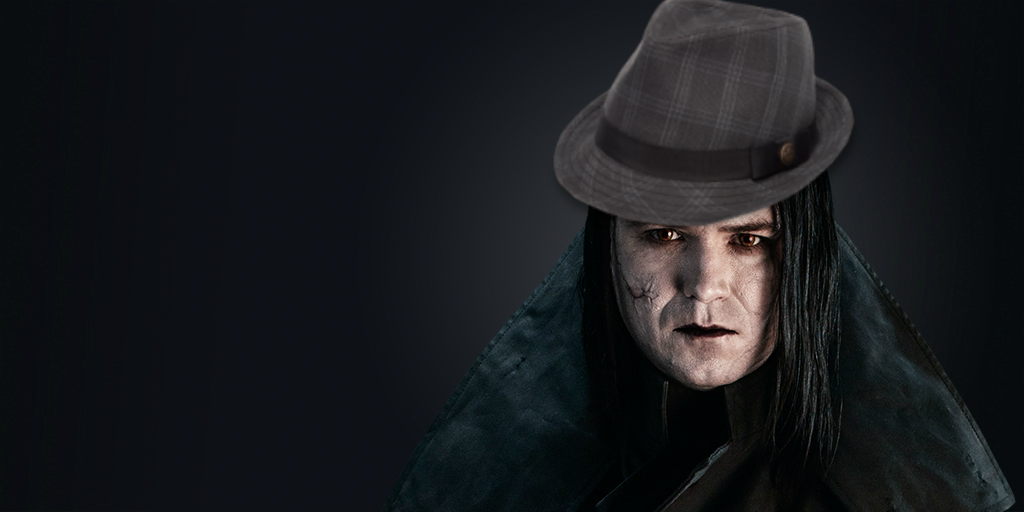 This week’s episode of Penny Dreadful was all about our inner selves – whether we be mostly demon or mostly human – and whether or not the answer to that question determines if we are worthy of being loved. For Evelyn Poole, it seems as though she has lost too much of her soul to ever have a real relationship again. I almost bought her “I’m so alone” cry-fest, but it’s clear Poole will only ever really love one man again: her master.

Sir Malcolm, on the other hand, rejects his inner demons (and his monomania) and retakes himself in a really weird memory-filled scene that tells us that Sembene is way better prepared for potential demonic possessions than everyone else. But after playing directly into Poole’s hands by barging into her devil house like an idiot man, Malcolm finds himself plagued by those very same memories that saved him. Hopefully the demons that led to his wife’s suicide won’t break Sir Malcolm.

Sadly, things did not end so well for our beloved Angelique, who fell prey to Dorian’s worst habits this week. First, she was abandoned in his everlasting hunt for the next new and exciting thing; Angelique had outstayed her welcome in Dorian’s life long before finding his portrait. But find it she did, and Dorian couldn’t believe anyone could love him despite all his sins. This disappointed me in a lot of ways, and not just because I was such a huge fan of Angelique’s character; it also plays into the harmful stereotype that trans women are inherently duplicitous, as Dorian didn’t take Angelique at her word when she said she still loved him. It’s also another violent end for a trans woman on television, something we see far too often. At least Dorian’s method of killing was in tune with his character: a dandy would, of course, use the traditionally feminine poison.

Lily, meanwhile, has become the true Sensational Woman in this episode; sleeping with multiple men and killing because she can. But it’s clear that, though she’s a murderess, we’re still supposed to root for her; she’s fighting back against a patriarchal regime that seeks to eliminate her agency. On the other hand, she might not have a soul, which complicates things. Victor and Nice Guy John Clare fall into domestic abuse patterns in “Memento Mori,” both wanting to isolate Lily to keep her for themselves. Clare, however, really takes it to the next level when he gets directly in her face – before Lily shows him who’s boss, and shits all over his dreams.

…Before she decides that they’re going to be together forever and take over the world and populate it with other superhuman zombies. Wait, what? I’m not sure if I was just being obtuse, but the speed from which Lily went from “I hate you and all men and want you to kneel before me” to “no one will ever love you like I do let’s rule the Earth” was confusing and more than a little terrifying. I’d much rather see Lily continue along her Sensation Heroine Black Widow path than join forces with Nice Guy John Clare. What are you doing, girl, c’mon!

“Memento Mori” was also beautifully shot by Kari Skogland, in her first outing for the show (though her previous credits are extensive, including Vikings, Banshee, Longmire, and more). From the house of cards shot before the opening credits to Lily’s slow-motion rose drop to Malcolm’s distorted reflection in the mirror, her direction gave an extra visual nuance to a show that already has so many layers. Though I missed Vanessa (of course), I still loved this confusing mess of an episode.