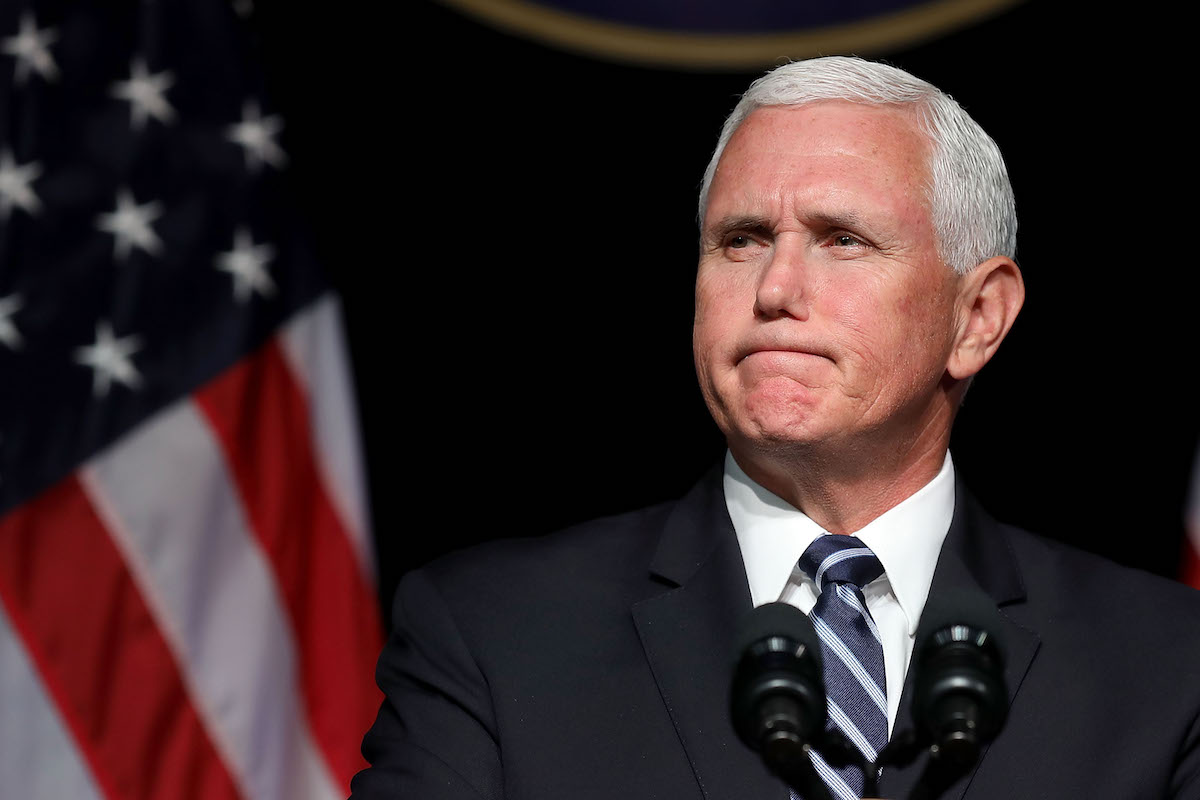 Following the arrest of WikiLeaks founder Julian Assange, Donald Trump is now in the position of having to distance himself from past comments he’s made supporting Wikileaks’ hacking practices, as is everyone who works for him. Trump, as usual, just says and tweets whatever rambling thoughts come into his head and leaves his administration to clean up the mess.

This particular mess stems from comments Trump made during the 2016 campaign. Comments like:

I hope people are looking at the disgraceful behavior of Hillary Clinton as exposed by WikiLeaks. She is unfit to run.

That’s one of the tamest comments of the bunch. According to NBC News (per the Washington Post), Trump mentioned WikiLeaks 141 times at 56 events in the last month of his presidential campaign, saying things like, “WikiLeaks—I love WikiLeaks,” “This WikiLeaks is like a treasure trove,” and “I love reading those WikiLeaks.”

Now that Assange has been indicted by the US Department of Justice on a charge of conspiring with Chelsea Manning to steal military secrets, Trump’s proclaimed love of WikiLeaks–the product of Assange’s hacking career–is more than a little awkward.

trump: I know nothing about Wikileaks, it’s not my thing.

On Thursday, Trump attempted to distance himself from Assange and his past praise of WikiLeaks, telling reporters, “I know nothing about WikiLeaks. It’s not my thing. I know there is something to do with Julian Assange. I’ve been seeing what’s happened with Assange. And that will be a determination, I imagine, mostly by the attorney general.”

Then on Friday, Mike Pence was forced to back up Trump’s claims. In an interview with CNN, he said, “I think the president always, as you and the media do, always welcomes information. But that was in no way an endorsement of an organization that we now understand was involved in disseminating classified information by the United States of America.”

That we now understand … What did they think WikiLeaks did before now?

This was also around the time that Trump publicly called for Russian hackers to procure Hillary Clinton’s deleted emails.

Donald Trump: “Russia, if you’re listening, I hope you’re able to find the 30,000 emails that are missing.”https://t.co/XHc9hh4gBt

He later said that was just “a joke,” because what’s funnier than a presidential candidate publicly encouraging a foreign power to hack sensitive information from an American secretary of state?

It’s been a year and a half since Trump’s election and his administration’s best defense of him is still to claim that he didn’t mean the words he said in their literal sense. It’s such a transparent admission that Trump and those around him don’t actually have any principles beyond amassing and maintaining power.

But being paid to bake a wedding cake makes you Liberace. https://t.co/6zj4KqqEs2