The House Has Its Impeachment Articles Written, Is Giving Mike Pence 24 Hours To Act Before Starting the Ball Rolling 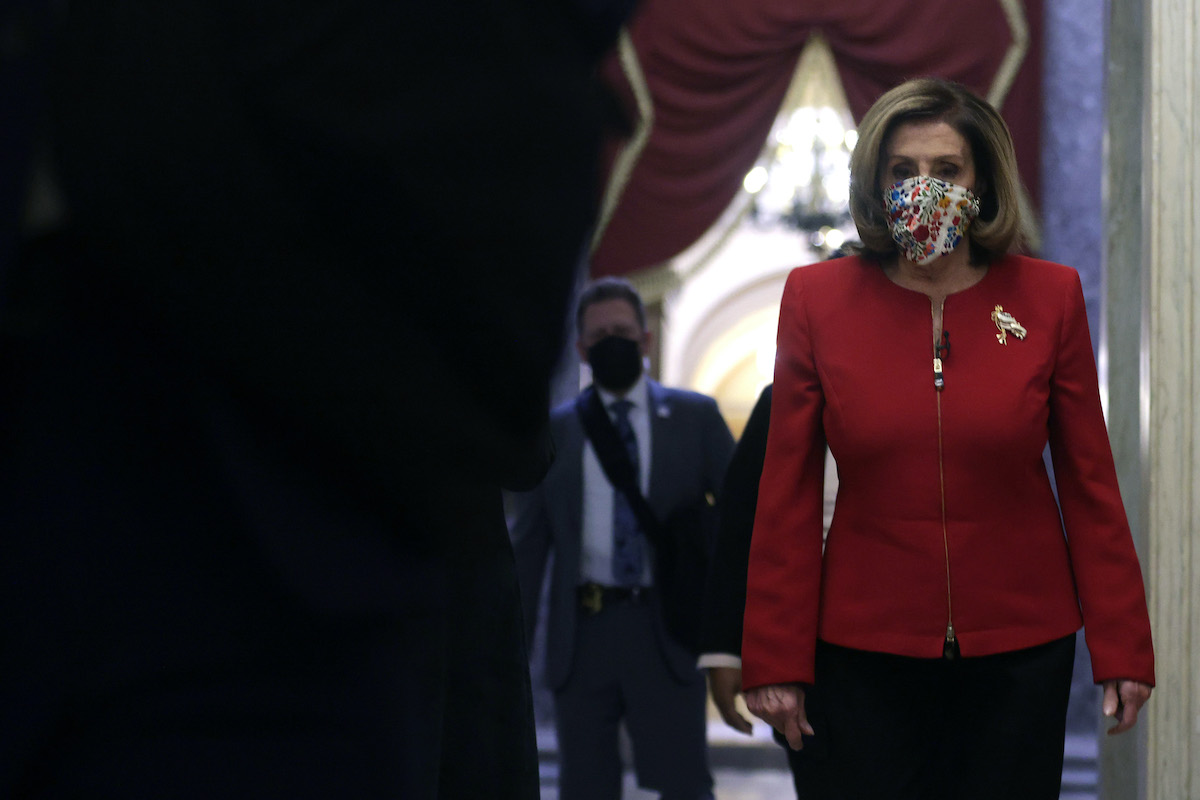 The House has released its resolution to impeach Donald Trump for the second time.

The resolution was drafted last week by Reps. David Cicilline, Ted Lieu, and Jamie Raskin following the attack on the Capitol building, and charges Trump with “incitement of insurrection” in encouraging the rioters both during the attack and in the hours, days, and weeks leading up to it.

The resolution illustrates how for months, Trump has been attempting privately to overturn the legitimate results of the last election (as when he insisted Georgia’s secretary of state “find” him more votes), while also issuing public “false statements” to his supporters pushing baseless allegations of fraud. That all came to a head last Wednesday when Trump spoke at a “rally” of his supporters ahead of the Joint Session of Congress where lawmakers were set to count and confirm Joe Biden’s electoral win.

“Shortly before the Joint Session commenced, President Trump, addressed a crowd at the Ellipse in Washington, DC,” reads the resolution to impeach. “There, he reiterated false claims that ‘we won this election, and we won it by a landslide.’ He also willfully made statements that, in context, encouraged—and foreseeably resulted in—lawless action at the Capitol, such as: ‘if you don’t fight like hell you’re not going to have a country anymore’.”

“Thus incited by President Trump, members of the crowd he had addressed, in an attempt to, among other objectives, interfere with the Joint Session’s solemn constitutional duty to certify the results of the 2020 Presidential election, unlawfully breached and vandalized the Capitol, injured and killed law enforcement personnel, menaced Members of Congress, the Vice President, and Congressional personnel, and engaged in other violent, deadly, destructive, and seditious acts.”

Nancy Pelosi introduced a resolution calling on Mike Pence to act swiftly on invoking the 25th Amendment to remove Trump from office, but it was blocked by Republicans in a unanimous consent request. She’s calling on Pence to act anyway within 24 hours before she starts the impeachment process rolling.

In a statement issued today, Pelosi didn’t lay out an exact timeline but things are expected to move quickly, possibly with a vote to pass the impeachment resolution on Tuesday and vote to impeach as early as Wednesday.

BREAKING: Tomorrow, the House will move to pass a resolution by unanimous consent that gives VP Pence 24 hours to invoke the 25th Amendment.

If anyone objects, we will vote to pass it Tuesday.

If Trump isn’t removed from office by Wednesday, the House will impeach him.

The attack on the Capitol was a horrific event that left five people dead. Multiple rioters brought plastic handcuffs, the implications of which are incredibly disturbing. At least one man was arrested at a local hotel with an assault rifle before reaching the event after texting friends that he planned to kill Nancy Pelosi. There have also been numerous credible reports that the Capitol was unusually understaffed with security and that Trump himself had a role in that.

The impeachment article (which you can read in full here) reads:

In all this, President Trump gravely endangered the security of the United States and its institutions of Government. He threatened the integrity of the democratic system, interfered with the peaceful transition of power, and imperiled a coequal branch of Government. He thereby betrayed his trust as President, to the manifest injury of the people of the United States. Wherefore, Donald John Trump, by such conduct, has demonstrated that he will remain a threat to national security, democracy, and the Constitution if allowed to remain in office, and has acted in a manner grossly incompatible with self-governance and the rule of law. Donald John Trump thus warrants impeachment and trial, removal from office, and disqualification to hold and enjoy any office of honor, trust, or profit under the United States.