PediaPress Wants to Print All of Wikipedia in 1,000 Books, Trees Can Be Heard Weeping

Somebody call the Lorax. 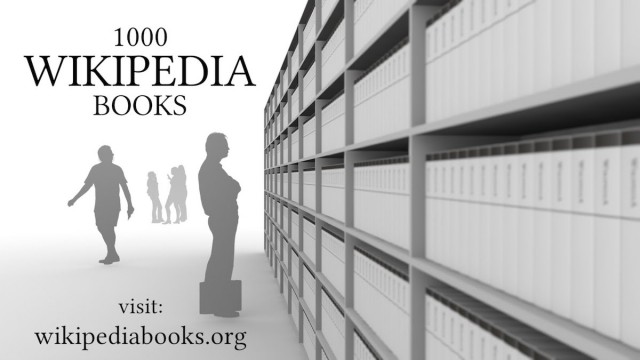 Man, the Internet is a convenient place to get a lot of information very quickly at the push of a button, but how can we take that and change it into a permanent, physical record that has pretty much none of those benefits? PediaPress has the answer, and they want to print all of the English language Wikipedia articles into 1,000 books.

If you’re too young to remember or you’ve forgotten what knowledge looks like in book form, you can use PediaPress’s “Create Book” feature already present on Wikipedia articles to take what you want from one of the most rich and adaptable knowledge bases in the world and print it in a book for less convenient use.

Now they want to print all of it, and they already did a test printing to see how the first book would come out that contains all articles from “A” to “A76 motorway.” To get all of the 4.3 million Wikipedia articles printed, they’re going to need to raise $50,000 dollars. In the first 9 days of their campaign, they’ve only raised just over $2,000, so they’ve got a long way to go.

Why would anyone who has ever experienced the difference between using a set of encyclopedias for information and using the Internet want to make such a backwards transition? Does PediaPress know something we dont? Is there some kind of Revolution type apocalypse coming where we won’t have Internet access anymore, and we’ll desperately need a way to look up minutiae?

TechCrunch suspects that it’s a media stunt to raise awareness of the existing feature on Wikipedia pages, but here’s how they explain themselves in the project’s Indiegogo video:

Of course. Translate an impractically large number of articles into 1,000 books that will make finding what you want a mammoth task, because, “Somebody has to do it.” I’m not entirely sure that’s accurate, but they also imagine that the books will some day serve as a testament to how knowledge changes over time as articles become different from their printed versions.

You know, if anybody bothers to look through 1,000 books to find minute differences in Wikipedia articles, which is unlikely when you consider that most people won’t even take the time to Google whether or not something in their Facebook feed is true before sharing it.

(via TechCrunch, image via PediaPress)