But what about Dogecoin? 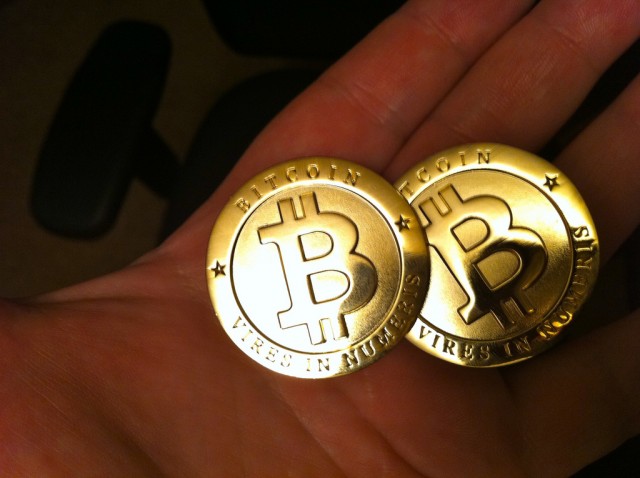 You know what I hate about online shopping? No matter how I try to fit cash in the little slot on the side of my computer, I can’t seem to get it to send over the Internet. Also, I have no idea where I’m supposed to put CDs with all that cash in there. Luckily, PayPal is now working on accepting digital cash in the form of bitcoin for digital purchases.

They’re not actually ready to commit to the digital currency themselves, so PayPal is working with bitcoin processors BitPay, Coinbase, and GoCoin to allow shoppers to purchase digital wares—like downloadable movies and games—using bitcoin. You can’t put Bitcoin into your PayPal wallet or buy yourself anything which needs to be physically delivered, but it’s a step towards full bitcoin integration.

The company’s mobile payment processing division, Braintree, is already working on a way for Uber, Airbnb, and more to pay with bitcoin, and eBay CEO John Donahoe told CNBC back in June, “At PayPal, we’re going to have to integrate digital currencies into our wallet.” So, it looks like they’re moving in that direction, even though payment competitor Square—makers of those little iPad payment dongles that leave you signing for transactions illegibly with your fingers—is already way ahead of them.

But for the rest of us, which company beats the other to the punch isn’t as much of an issue as adoption is, and PayPal is a giant whose adoption of bitcoin could go a long way toward widespread use of the currency.

(via Forbes, image via Zach Copley)