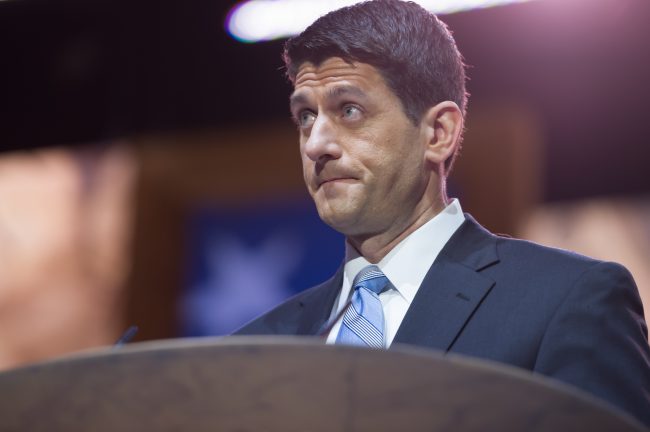 The Congressional dress code has been getting a lot of attention lately, after a number of women journalists found themselves barred from the House lobby for wearing–brace yourselves–sleeveless blouses and dresses.

The dress code isn’t new, but it is written in incredibly vague language. All it says is that women must be dressed in “appropriate attire.” (Men must wear a coat and tie and–they’re very explicit–no hats.) What is deemed “appropriate” and how the code is enforced is “determined by the Speaker.” Past Speakers have also cracked down on the dress code. In 2012, Rep. Bobby Rush wore a hoodie to protest the murder of Trayvon Martin, and then-acting Speaker Gregg Harper had him thrown out. In 2013, John Boehner chastized the members of Congress with an ominous “you know who you are.” But under Paul Ryan, the dress code enforcement looks to be primarily focused on women, and on journalists.

While the dress code does affect men as well, it’s the vague language of the women’s code that really sits wrong. Paul Ryan–a man many women already want to stop policing our bodies–gets to decide what is and isn’t “appropriate” for women to wear, and how and when to enforce that opinion. Because not all women are told to cover their shoulders when visiting the House, are they?

Even Republican women are pushing back against the dress code. Rep. Martha McSally addressed Congress on Wednesday, ending her time by pointing out, “Before I yield back, I want to point out I’m standing here in my professional attire, which happens to be a sleeveless dress and open-toed shoes.”

For his part, Paul Ryan is insisting that the dress code is being enforced in the exact same way as it was under his predecessors, though that doesn’t explain the sudden rash of female journalists speaking out about being targeted. Ryan says, though, that “that doesn’t mean that enforcement couldn’t stand to be a bit modernized.”

“Decorum is important, especially for this institution, and a dress code in the chamber and in the lobby makes sense,” Ryan said in a press conference. “But we also don’t need to bar otherwise accepted contemporary business attire, so look for a change on that soon.”

Paul Ryan is open to modernizing something having to do with how women’s bodies exist in space. Is this a sign of the end days?