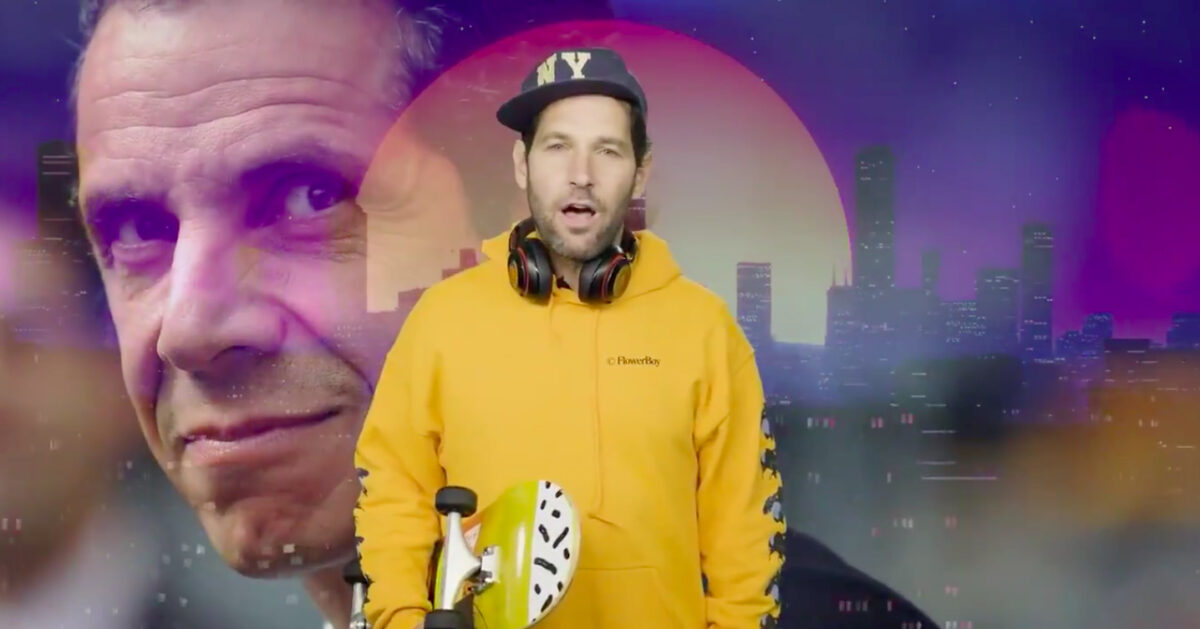 Sometimes, we just need to remember that Paul Rudd exists, and everything will be okay.

Okay, now that you’ve remembered, we’re going to make Paul Rudd that much cooler for you. In a video partnering with FirstWeFeast (the channel that brings us Hot Ones) and … I guess Governor Andrew Cuomo, Rudd took to speaking to his fellow young people. As we all know, Paul Rudd is like … 26?

& now an important announcement from #HotOnes’ friend Paul Rudd! WEAR A MASK & watch until the end for a special cameo. WHO WOULD’VE THOUGHT? pic.twitter.com/i4xxfwoIhz

Sorry, but I will only refer to the Governor of New York as “Cuoms” from now on. The video is … truly Oscar-worthy, in the sense that Paul Rudd somehow made a meme of himself funnier and is calling out everyone who isn’t wearing masks, but in a “cool” hip way. I love my fellow millennial, Paulseph Rudd.

The video is reminding those who are suddenly team “no masks” that that isn’t a cool move on their part. Because really, have my fellow young folk watched the news recently? Whatever, our dope squad only accepts mask-wearers into it, so like, don’t let Paul Rudd down. He’s the leader of this dank pack.

I have to say, I feel this in my bones. His gradual fall into madness, screaming about wearing masks, just trying to be cool about it but also recognizing that it is truly nonsense at this point that we’re still telling people to wear them? That’s all me. I get it.

Twitter instantly fell in love with it because look, let’s be honest, we all want to be in Paul Rudd’s dank mask-wearing squad, bro.

Paul Rudd saying, “masks protect you and your dank squad” is a gift to each and every one of us pic.twitter.com/JZ3eDQ2ppO

Rising star and young millennial Paul Rudd has a message for you about masks. 😷😂 pic.twitter.com/QiggQwM2yt

Paul Rudd just said “No Kap” and “Twitch it”

paul rudd continues to prove that he is and always will be the best man to ever exist https://t.co/rOfew3inL4

2020 continues to be the weirdest year known to man, but if we had more of Paul Rudd trying to be a hip millennial and less of Donald Trump pretending he knows how science works, that’d be perfection. Thank you, fellow millennial Paul Rudd. Our dank squad rides at dawn.