Yes, Paul Rudd Has Heard About THAT Avengers: Endgame Theory & He Doesn’t Seem to Love It 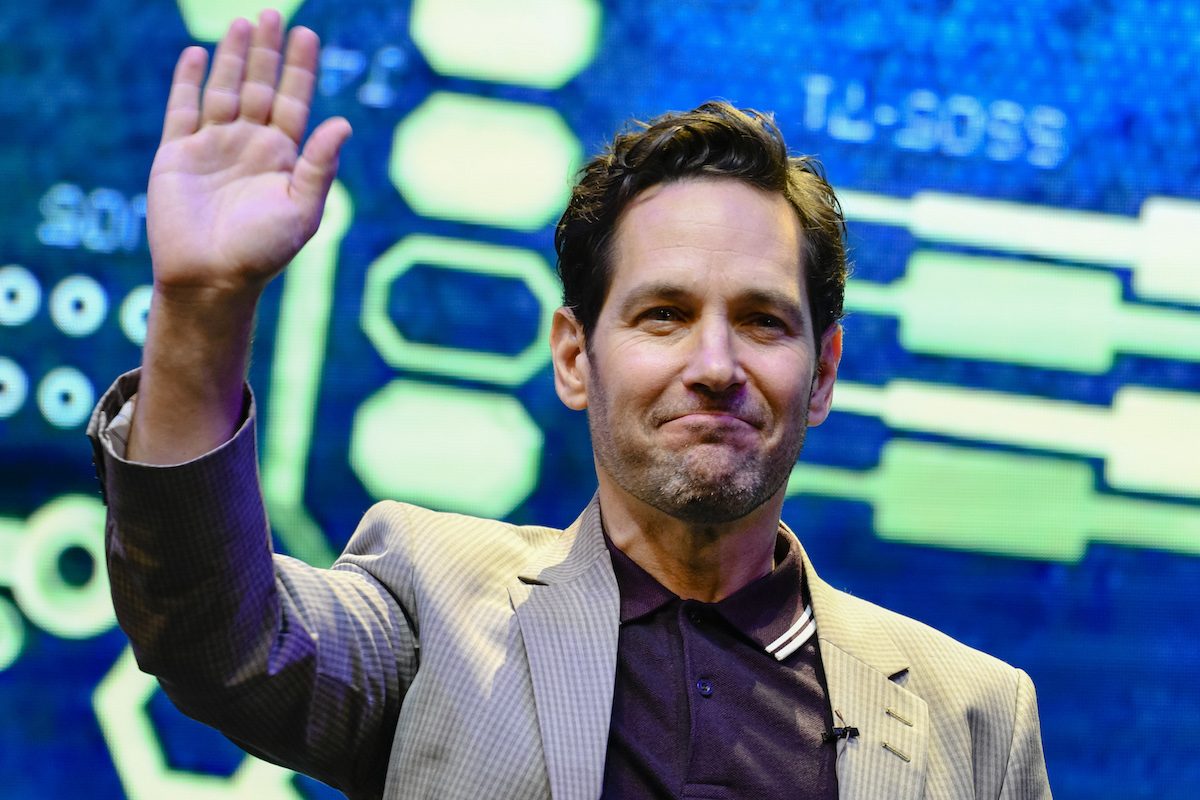 Of all the myriad Avengers: Endgame theories out there, by far the best–or at least the most creative–is the so-called “Thanus” theory. In case you’ve somehow managed to miss it, the Thanus theory posits that the way the Avengers will beat Thanos in the next film is by sending Ant-Man inside of Thanos via his lower deck, and once inside the villain, Ant-Man will then expand into Giant-Man, the extra-large alter-ego we saw him become in Captain America: Civil War.

The theory first popped up on Reddit and has since spread like crazy. We’ve gotten a Thanus musical anthem and people are finding “proof” of the theory’s potential anywhere they can.

Even Paul Rudd himself has heard the theory. During a recent appearance on The Graham Norton Show, Graham made Rudd explain the concept to the audience and the other guests (Chris Hemsworth, Julianne Moore, and Kit Harrington) and he seems less than comfortable.

“That would do it,” Norton and Thor agree. To which Rudd asks the usual questions: “Why not the ear or the nose? Why does it have to be … ?” Norton doesn’t think just exploding Thanos’ head would be as effective and Rudd agrees that “scientifically, you’re right” about that.

This isn’t the first time Rudd had had to address this particular theory. It’s come up in numerous interviews, starting all the way back during the Ant-Man & the Wasp press tour, and he was clearly no more comfortable with the theory back then.

so paul rudd read my tweet about ant man crawling into thanos’ ass and expanding OUT LOUD in an INTERVIEW and discussed it i’m in shock pic.twitter.com/YfBsPMnfoW

Others have weighed in on this theory, too. The Russo brothers appear to love it.

Josh Brolin (aka Thanos) also made a not-so-subtle allusion to the theory.

The tension around what “Endgame” is going to bring. I can feel it, as you can see. Can you? 😈 #tbt #thanosmarketingpush #flushanantman #50percenthernia APRIL 26th #repost @joshbrolin @goldsgym @justindlovato @marvelstudios

Even Neil deGrasse Tyson, the master of ruining our enjoyment of movies with his hyper-literal scientific analysis, has weighed in. He points out the obvious: that that wouldn’t be the most pleasant job for Ant-Man. Thanos, as a powerful and evil guy, probably has especially “powerful, evil poop.” And if the plan is to send something into Thanos that can expand, why not send some other quantum object? Why does it have to be Scott?

I guess we’ll have to wait to find out.

I know we’re all excited for Endgame, but I wonder if anyone is more excited than Paul Rudd, since once the movie premieres, he’ll (probably) get to stop talking about going into Thanos’ butt.