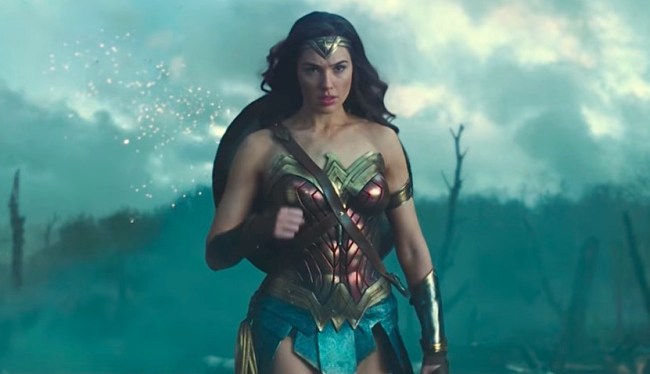 Movie rumors are a weird thing. Sometimes, they’re just a whisper in the wind and have little-to-no impact, but other times, especially when you’re a film under as much scrutiny as Wonder Woman, they can be extremely frustrating and harmful. Patty Jenkins, as a female director heading a female-led movie, knows this well as the director talked to Collider about early rumors from an anonymous letter that called the film “a discombobulated mess.”

Jenkins responded to the statement last year, denying the claims. In the Collider interview, she calls these rumors “the most frustrating thing,” saying “it’s been such an opposite experience.” The director, describing it as “quite something to behold,” says she was absolutely appalled by “how absolutely false certain things are.”

Real lasso of truth, time, will reveal that letter to be false soon enough. But lame something so transparent in its agenda gets traction.

Early reviews have been extremely positive making this early rumor look totally false, with some reactions going as far as to call it the best DCEU installment so far. It’s hard not to see these rumors about Wonder Woman as malicious or gendered in some way. Yes, there was a lot of natural skepticism considering the criticism towards Batman v Superman and Suicide Squad, but having several outlets reporting on the movie as a mess early on fueled the discriminatory way we see films like Wonder Woman.

Even if that wasn’t the full intention from the source or the media (I doubt it was), the fact is that women-led films and teams are often seen as more risky, difficult, or full of conflict despite little to no evidence of this fact. Just personally, I witnessed individuals take that rumor at face value and smug individuals share that rumor with anyone excited or optimistic about the film. If this were a lesser franchise, the consequences might’ve been worse. Jenkins, in the end, decided to let the movie speak for itself:

“You want to [respond] and then you have to restrain yourself because you’ll go crazy if you start doing that all the time. Definitely I was angry about the rumor that it was a mess because it was clearly a lie, it was clearly based on someone who had zero experience because there wasn’t anybody that you would be able to find that said that. It’s been totally smooth. You know, everybody else was busy on doing other movies and we were chugging along, without any drama… You have to make the movie and get to the other side of it. I’ve been fucking dying to show the movie as a result.”

And we’ve been fucking dying to see it, Wonder Woman comes out June 2nd. Are you excited?