This Is Not a Drill: Patty Jenkins Will Direct Wonder Woman 2 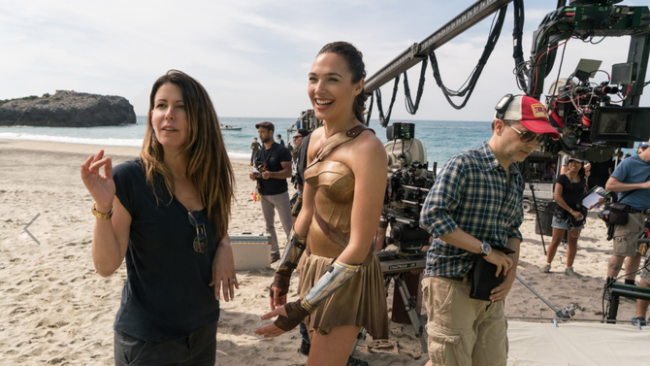 Patty Jenkins has officially signed on to take the helm of the Wonder Woman sequel. IT’S ALL HAPPENING. IT’S. ALL. HAPPENING!!!

Okay, Kaila, get it together. *slaps self firmly across face* According to Variety, Jenkins finally reached a deal with Warner Bros. and the film has a release date all slated in and everything:  December 13, 2019, a day that shall be precious and most blessed.

It was reported that Jenkins was already at work on the sequel’s script with Geoff Johns, but her directing deal hadn’t yet been inked—likely due to Jenkins waiting for a very substantial pay raise and far better terms following Wonder Woman‘s smashing box office success. I have to admit that I’ve been worried as to whether an agreement could be reached, crossing fingers and praying to Athena that neither party would walk away. Warner Bros. is probably kicking itself for not having locked both Jenkins and star Gal Gadot in for a series of films at the get-go; they’ll be paying dearly for that mistake.

BUT LET’S FOCUS ON THE POSITIVE. What we care about is the return of Jenkins—who clearly got Diana and crafted a badass action movie that was also sensitive and smart—and her unique vision coming back to direct Gadot &. Co. By every account I’ve read, the cast adored Jenkins, and I do too. Her confirmed return doubles my excitement for the Wonder Woman sequel, and increases my confidence that it won’t be ruined by its handlers meddling too much now that Wonder Woman is hot property. I feel like I can breathe again.