Patton Oswalt Will Guest Star on Agents of S.H.I.E.L.D. 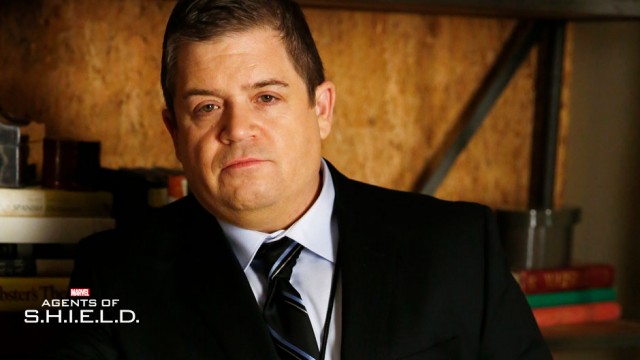 Despite having an entire comic book universe (which there’s usually a conspicuous lack of) to draw on for its nerd-cred, Agents of SHIELD is going straight to the source by having Patton Oswalt guest star on the show. Oswalt will be taking on the role of agent Eric Koenig and probably hugely disappointing everyone by not becoming a series regular.

Actually, it seems like they’re going for a nerd-cred combo, because Oswalt’s character is actually a real character from the comics, so that should give us something to talk about in our SHIELD comics recommendations. Koenig was first seen in Sgt. Fury and His Howling Commandos back in1966 and was a member of Nick Fury’s battalion during World War II.

ComingSoon says they’re going to make a few changes to the character’s back story, though, which would make sense, since Oswalt is significantly younger than Samuel L. Jackson, and neither of them are exactly old enough to have been around during World War II. Also, SHIELD doesn’t seem to give a whole lot of a crap about comics (not that it’s entirely the show’s fault).

For his part, Oswalt was pretty excited about the opportunity. According to Marvel News:

“I got a call from my agent saying they want you on Marvel’s Agents of S.H.I.E.L.D., and I said ‘hell, yes,’” recounts the actor. “I’m lucky that I’m visible enough that they wanted to bring me in to play this character. I’d worked with [‘Marvel’s Agents of S.H.I.E.L.D.’ Executive Producer] Joss [Whedon] before on ‘Dollhouse,’ and I guess I wasn’t too annoying and they decided to put me on another one of his shows. So I was very lucky.”

“When they first told me the character’s name, I’ll admit the first thing I did is I went on Wikipedia and looked up the M.O.D.O.K. character to see if Koenig was maybe his name before he became M.O.D.O.K., but it wasn’t,” laughs Oswalt. “They keep on talking about the Clairvoyant in the show and I’m like, ‘is that M.O.D.O.K.? Am I M.O.D.O.K.?”

We’re excited, too. We’ll take a guest appearance, but we definitely wouldn’t mind if they bent his character’s comic book origin to make him an important character to the show or a villain. Anything that gets us more Patton Oswalt.