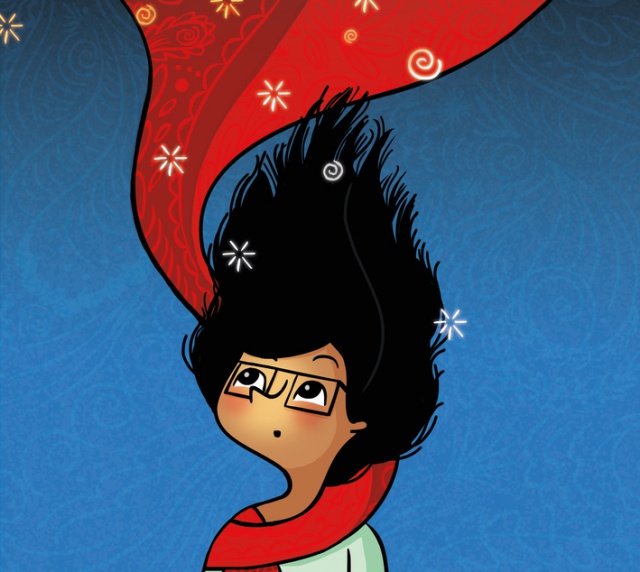 Priyanka Das has so many unanswered questions: Why did her mother abandon her home in India years ago? What was it like there? And most importantly, who is her father, and why did her mom leave him behind? But Pri’s mom avoids these questions—the topic of India is permanently closed.

For Pri, her mother’s homeland can only exist in her imagination. That is, until she find a mysterious pashmina tucked away in a forgotten suitcase. When she wraps herself in it, she is transported to a place more vivid and colorful than any guidebook or Bollywood film. But is this the real India? And what is that shadow lurking in the background? To learn the truth, Pri must travel farther than she’s ever dared and find the family she never knew.

Nidhi Chanani’s debut graphic novel is a beautiful coming of age story that I found compelling not only because of its beauty, but because it tells a story that is very familiar—the disconnect between an immigrant parent and their American-raised child. In the novel, Pri’s image of India is formed by the pictures she sees in her travel books: tigers, palaces, and delicious food. This is all a part of her journey into understanding that India is a place of beautiful things, but also hardships. 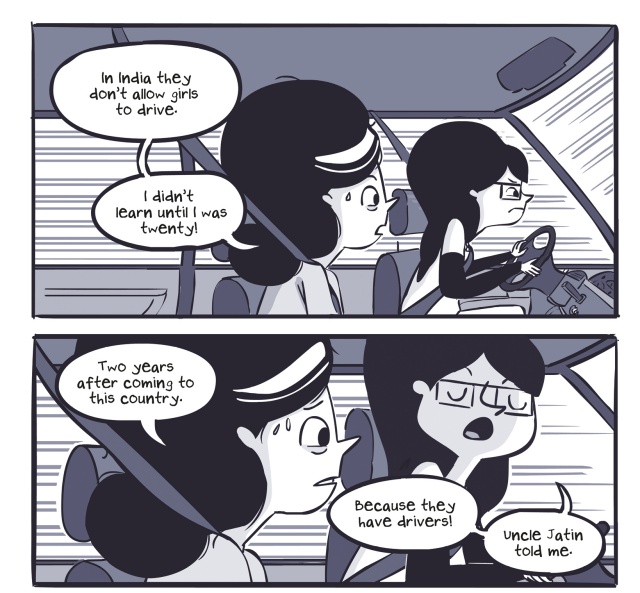 Additionally, the novel is filled with interesting female characters from Pri’s mother, who raised her daughter as a single mother in America without her immediate family around to Pri’s auntie, who teaches young girls in India, and Priyanka herself, a young artist, who has a lot of questions and anxieties about her identity that she hopes India can fix for her.

The element I was most drawn to was the incorporation of the goddess Shakti into the narrative. Hinduism is not a faith that you see seriously practiced often in Western media, so it was an insightful look into a faith that I knew little about. Shakti is the concept or personification of divine feminine creative power in Hinduism and in Shaktism, a more goddess-centric tradition in Hinduism, Shakti is the Supreme Being. Throughout the narrative, she is prayed to and is part of the magic that fills the story. 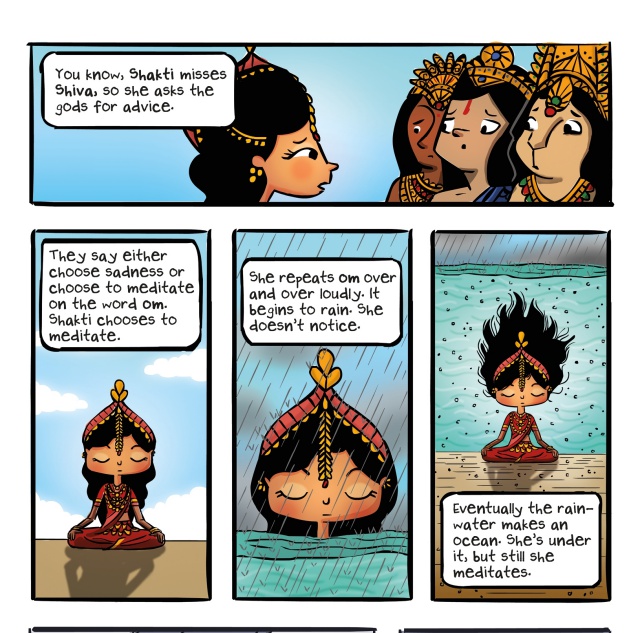 Pashmina is a beautiful story about the love between mother and daughter, but it is also a love letter to the work that women are doing to inspire each other to reach their fullest potential. Chanani has created a text that stands beside American Born Chinese as a must-read graphic novel about the culture that surrounds our world.