At least people have forgotten about "Dazeem" gate. 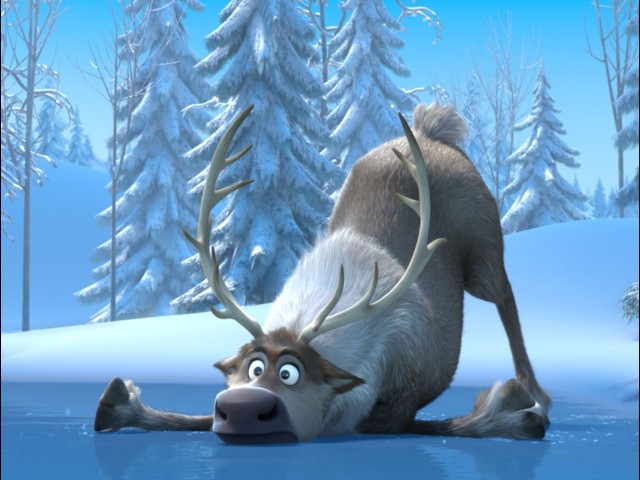 Something fascinating is happening over on Disney’s Facebook: irate parents are venting their frustration with sold-out Frozen merchandise, and wow is it crazy. If only there was a song that succinctly expressed a better way to handle this situation!

As a non-parent I was blissfully unaware of the Frozen shopping frenzy that’s cleared out Toys R Us and every major retailer aside from stores in Disneyland resorts. But fans are desperate: A Tumblr has been created solely to help parents track down the elusive merch, Anna and Elsa dolls are selling for 1,750 dollars on eBay, and Associate Editor Victoria McNally tells me Daenerys Targaryen cosplayers are shit out of luck in the white-blonde wig department.

A stream of irate parents have also taken to Facebook to vent their frustration over Disney’s lack of backstock for the runaway hit. Over 100 parents (mostly moms) have posted on Disney’s wall in the past 24 hours. Here’s a sampling:

My girl has been waiting for a classic Elsa doll since Christmas. She can’t understand why Santa didn’t get her one since it was what she wanted most. Now she is hoping that the Easter Bunny will put one in her basket. She has been so patient. I really think this might be what stops her believing in Santa and the Easter Bunny[..]Thank you Disney for killing the magic for my 6 year old.

Not only is Disney a murderer of childhood magic, they’re also apparently disgusting:

IM NOT GETTING THE DOLL FOR MY DAUGHTER. WHAT A SURPRISE. IM SO DISGUSTED WITH THE WAY DISNEY HAS HANDLED THE FROZEN SITUATION. Im just done with this whole thing. Everyone told me not to get my hopes up […]thanks, Disney.

The most memorable posting was this (hopefully ironic) rant:

WHAT IN GOD’S NAME IS THE HOLD UP, DISNEY? ARE YOU STAFFED ENTIRELY BY SOULLESS. DREAM-CRUSHING MONSTERS??[…]UGH. I AM FURIOUS. HENCE ALL THESE CAPITAL LETTERS. […] UNACCEPTABLE, DISNEY. YOU’RE LITERALLY RUINING LIVES WITH YOUR EVIL WAYS. FOR SHAME.

Disney has responded to the outcry by putting a two–per-person limit on Frozen merchandise, but the Facebook page is still an amazing microcosm of back-room trading and momentary hysteria, with desperate parents vying for towels, dresses, crowns, and shirts. Parents, unlike your child’s desire for a singing light-up Elsa doll, the Internet and the melodramatic statements you make on it are forever. Take a breath. “Conceal, don’t feel” guys. You know the song.

(via Jezebel, image via Frozen)