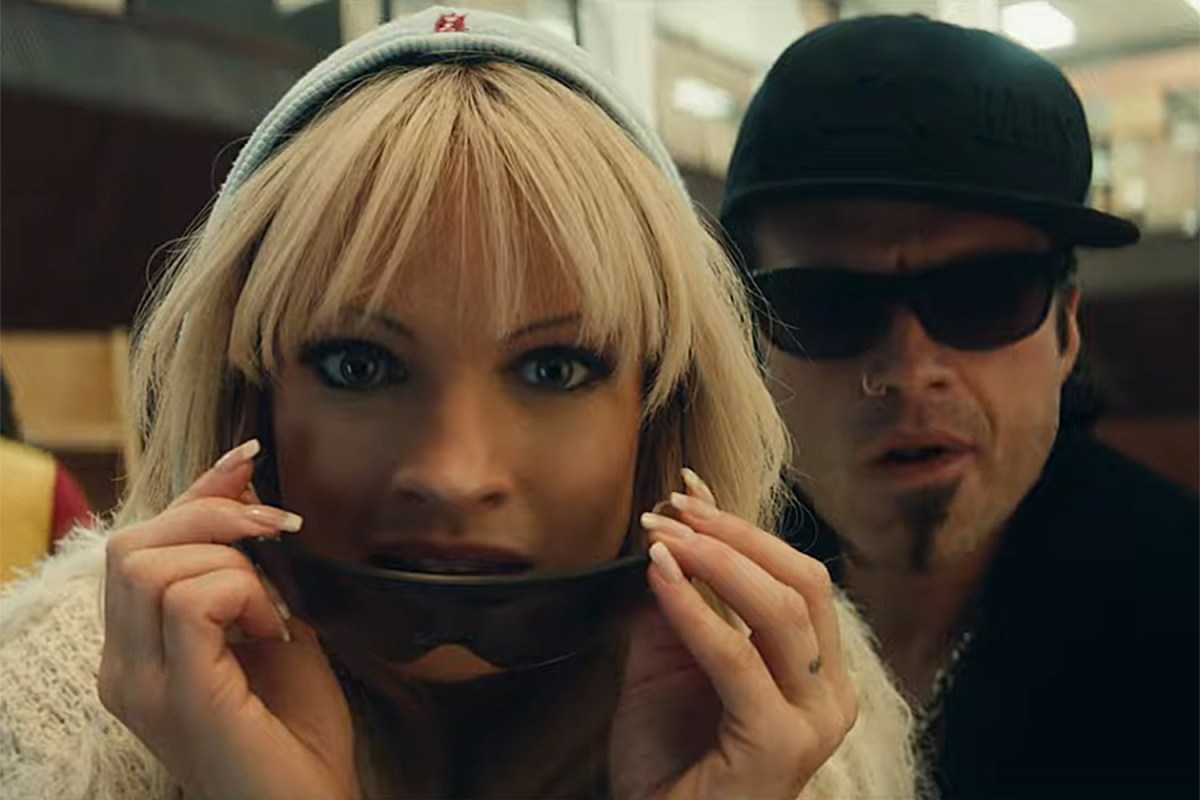 Pam & Tommy is telling the story of the infamous sex tape of Pamela Anderson and Tommy Lee. If you were a kid of the ’90s, you probably heard whispers of this tape. I know that I knew it existed, but I was way too young to know anything else about it. But for whatever reason, Craig Gillespie loves the ’90s, and I love the ’90s and Craig Gillespie, so it is a win-win for me.

Starring Lily James as Pamela Anderson and Sebastian Stan as Tommy Lee, the film depicts the theft and subsequent release of Pam and Tommy’s tape to the world and, from the trailer, clearly shows the struggle that Anderson had with it being released and showing her intimacy with Lee.

The thing is, the trailer feels very I, Tonya to me, so I’m instantly invested in it. Craig Gillespie has mastered the art of bringing these pop culture true crime stories to life, and if he’s going to keep giving me Sebastian Stan as trashbag men, I’m going to continue to eat it all up.

As we can see in the trailer, Seth Rogen and Nick Offerman’s characters break into the home shared by Pamela Anderson and Tommy Lee to steal their safe and, in doing so, acquire their sex tape. As Offerman says, it feels like they shouldn’t be watching the tape (he goes on to say that it is why it feels so hot), but that’s exactly it. No one should watch that tape because it was between Anderson and Lee, not the world.

The relationship between them was not the best, and given Tommy Lee’s history of alleged assaults, he’s not someone that anyone should champion, but I also don’t think this movie is going to sell Lee as anything but the man that we know him to be. This is, for the most part, Anderson’s story, much in the same way that I, Tonya was the story of Tonya Harding and not the men who constantly hurt her.

As is with any true crime story, we’re all obsessed with fictionalized tellings of them, which hasn’t made Pam & Tommy any different. Twitter began sharing screengrabs and talking about the trailer as soon as it dropped.

Pam & Tommy is one of the very few celeb movies where the actress and actor actually look & feel like the ones they’re playing. Lily James & Sebastian Stan 🔥 pic.twitter.com/9mOLHnQl6G

whoever did lily james’ makeup for “pam & tommy” deserves ALL the awards pic.twitter.com/aCgGvkTB7B

January is about to be great as we learn about the wild time for Pamela Anderson and Tommy Lee in 1995 in Pam & Tommy.