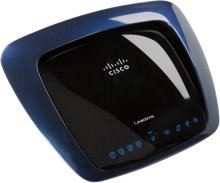 The Express Tribune is reporting that “reports are coming out” claiming that the Pakistani government has told all ISPs in the country to prevent any user from using technology that would allow them to privately browse the Internet. Goodbye anonymity. The source of the story, an employee at an Islamabad-based ISP, says the Pakistani government is claiming the measure is only intended to prevent militants from using a secure connection to communicate with each other. However, this could be achieved by preventing all Pakistani Internet users from using VPNs, rather than banning all forms of encryption, a seemingly simple measure that was not outlined in the directive to Pakistani ISPs.

The report also mentions that Pakistan has become “increasingly aggressive” with blocking access to websites, citing how the entirety of Rolling Stone has been blocked since July. The source, the same person at the Islamabad ISP, claims that the ISP received a notice to block a post by writer Matt Taibbi, but since they were unable to block a single URL on a website, they had to block the entire domain.

One can’t help but wonder how companies deal with information that basically has to be encrypted by nature, such as bank transactions, shopping and shipping details, and account (regardless of what the account is for) login information.

(The Express Tribune via Techdirt)