In the spring, at the end of the day, you should smell like broadband? 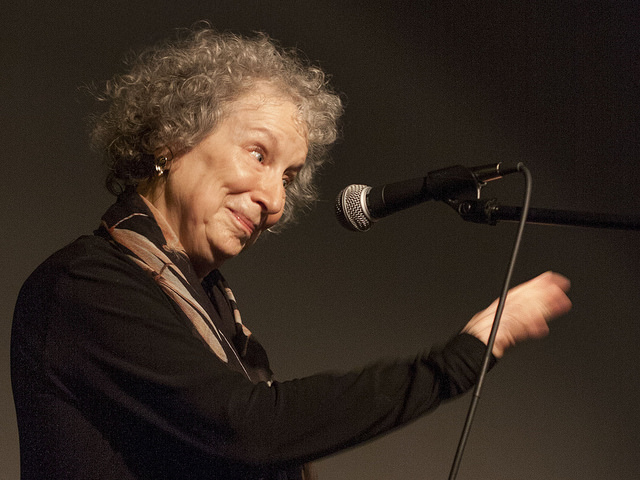 Since 2007, Oxford University Press has removed the names of at least 30 plants and animals from its Junior Dictionary in favor of modern words like “broadband” or “cut-and-paste”; and although these changes might reflect the inevitable evolution of the English language, Margaret Atwood and 27 other prominent naturalists, writers and media personalities are concerned that omitting the natural world from children’s vocabularies will have dire consequences.

In an open letter to the Oxford University Press, the writers “plead that the next edition sees the reinstatement of words” omitted since 2007:

We base this plea on two considerations […] Firstly, the belief that nature and culture have been linked from the beginnings of our history. For the first time ever, that link is in danger of becoming unravelled, to the detriment of society, culture, and the natural environment.

Secondly, childhood is undergoing profound change; some of this is negative; and the rapid decline in children’s connections to nature is a major problem.

Normally I’d argue that if the author of Oryx and Crake warns of impending dystopian doom, we should probably pay attention. But, as a spokesperson for the Oxford University Press told The Guardian,

All our dictionaries are designed to reflect language as it is used, rather than seeking to prescribe certain words or word usages. We employ extremely rigorous editorial guidelines in determining which words [can] be included in each dictionary, based on several criteria: acknowledging the current frequency of words in daily language of children of that age; corpus analysis; acknowledging commonly misspelled or misused words; and taking curriculum requirements into account.

Although the past year has seen The Mary Sue team celebrate new additions to the various versions of Oxford Dictionary (all hail the glorious canonization of “mansplain” and “fandom!”), any inference on our part that Oxford was secretly allied in our fight against elitist dude-bros would just be wishful thinking. Ideally, Oxford’s role is to serve as an unbiased record of language’s evolution, and although attempting to reinstate words isn’t problematic in the same way that calling for the removal of words can be (TIME‘s annual “worst word” poll and its routine shaming of slang associated with African-American culture comes to mind), reinstating words whose removal accurately reflected their usage seems unproductive to me.

Our growing alienation from the natural world is troubling, but The Junior Dictionary’s new content is the smoke, not the fire.

Still, some fairly spectacular people who know a thing or two about nature and language think otherwise. Atwood and her peers replied to Oxford’s statement by asking the University Press to consider the troubling context within which the words were removed:

We recognise the need to introduce new words and to make room for them and do not intend to comment in detail on the choice of words added. However it is worrying that in contrast to those taken out, many are associated with the interior, solitary childhoods of today. In light of what is known about the benefits of natural play and connection to nature; and the dangers of their lack, we think the choice of words to be omitted shocking and poorly considered. We find the explanations issued recently too narrowly focussed on a lexicographical viewpoint without consideration for the social context.

What do you think, gang? Is the onus on Oxford to keep the natural world relevant for kids? Should the omitted words be reinstated? Let us know below!