Overwatch, but Make It Fashion: The “Mei Gala” Virtual Cosplay Red Carpet Coming This May!

Normally, this May, I’d be getting ready to check out the Met Gala and all of the outlandishly beautiful fashion on display. I’d get ready to go online and comb through pictures of various celebrities in amazing creations that straight up look like a final boss in an RPG. However, like many events this year, the dates for this year’s Met Gala have been pushed to September 18 instead of its normal, annual May date.

That doesn’t mean there isn’t a fashionable event for us to check out in May.

Enter Overwatch, the multiplayer FPS with an ever-expanding cast of colorful characters that, whether they realize it or not, are begging to be cosplayed. In honor of the Met Gala, the Overwatch League is hosting the Mei Gala, coming to a stream near you on May 13.

In case you don’t know, here’s some information on the league:

The Overwatch League is an international esports league comprising 20 city-based teams and featuring the best Overwatch players in the world. The 2021 season begins on April 16 and concludes with the playoffs and Grand Finals in September. Showcasing top-tier Overwatch competition, thrilling storylines, an eye-popping prize pool, robust viewership rewards, and cutting-edge production value, the Overwatch League is the world’s premier esports league.

And here’s a description for the upcoming Mei Gala:

The Mei Gala is a virtual red-carpet show featuring popular cosplayers from around the world strutting their hand-crafted Overwatch looks, and a panel of notable judges from esports, fashion and drag for live red carpet commentary. These communities have a mutual love of self-expression via clothing, and are finally united under one (virtual) roof! This year, we’ll be celebrating the theme “Our Best Is Us” and the inclusive, diverse community Overwatch cosplay represents.

This reminds me of the awe I felt when conventions started canceling/postponing all across the globe last year, yet the geek community, especially cosplayers, found a way to still participate in the fandoms they loved. The name Mei Gala is both a play on the NYC event and the Overwatch character, Mei. The theme “Our Best Is Us” definitely speaks to the community aspect of cosplay, but it also serves as a positive affirmation with everything that’s been going on since last year. 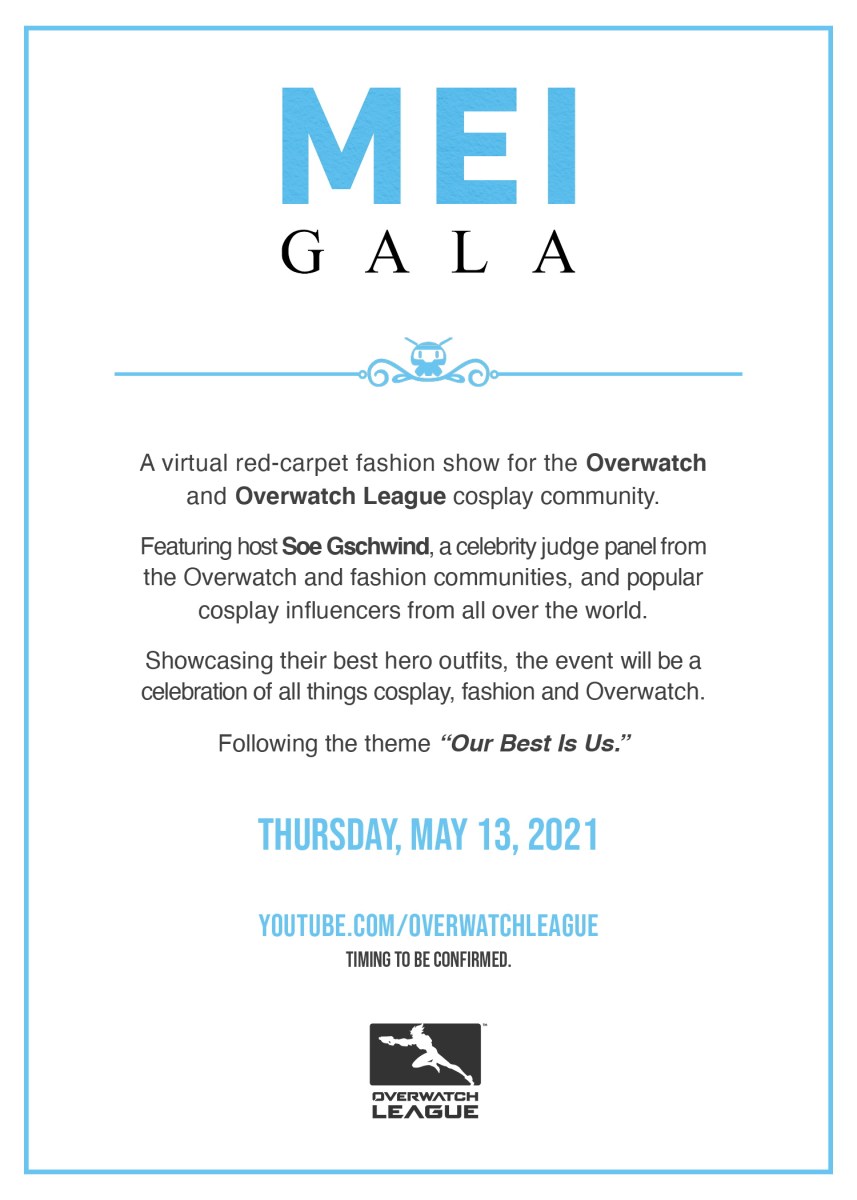 The cosplayers for the event have already been revealed, along with the characters they’ll be portraying. We also know that one of the judges will be Overwatch’s lead character artist Renaud Galand with Overwatch League commentator Soe Gschwind serving as a host for the event. The cosplayers come from the US, Italy, Germany, Chile, and Russia, the event bringing them all together (virtually) to show us their creative interpretations of the characters: 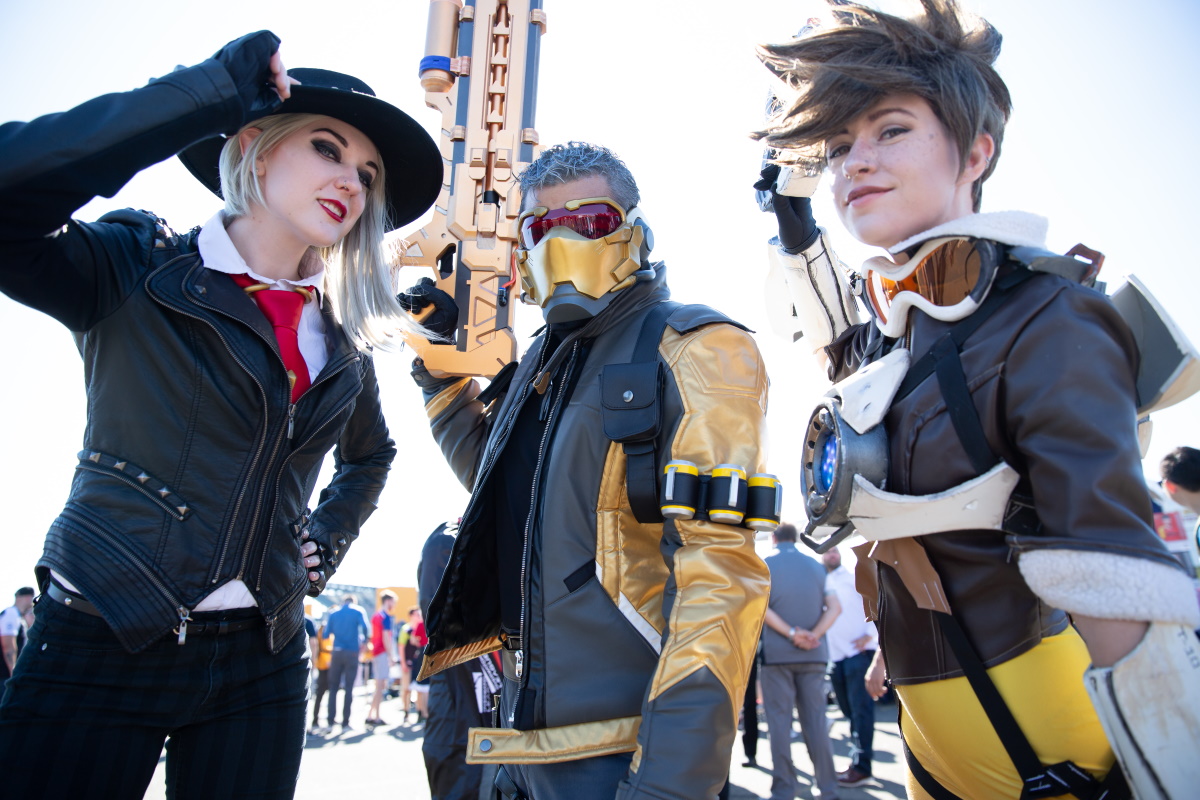 Since this is a play on the Met Gala, I imagine that the cosplayers will be making alternate looks for the characters instead of sticking with their normal outfits. Will we be getting elegant evening wear, or will it be more on the side of outrageously fantastic to fit the otherwordly fashion vibe that’s shown off at the Met Gala? Okay yes, I know not everyone shows up the way Billy Porter did back in 2019, but that’s what I envision when I think of the event.

You can check out the webpage for the event and add it to your calendar here. On May 13, the event will be available to stream over at the Overwatch League YouTube channel.