War Is Hell, but Genre Mashup Overlord Is a Bloody Good Time 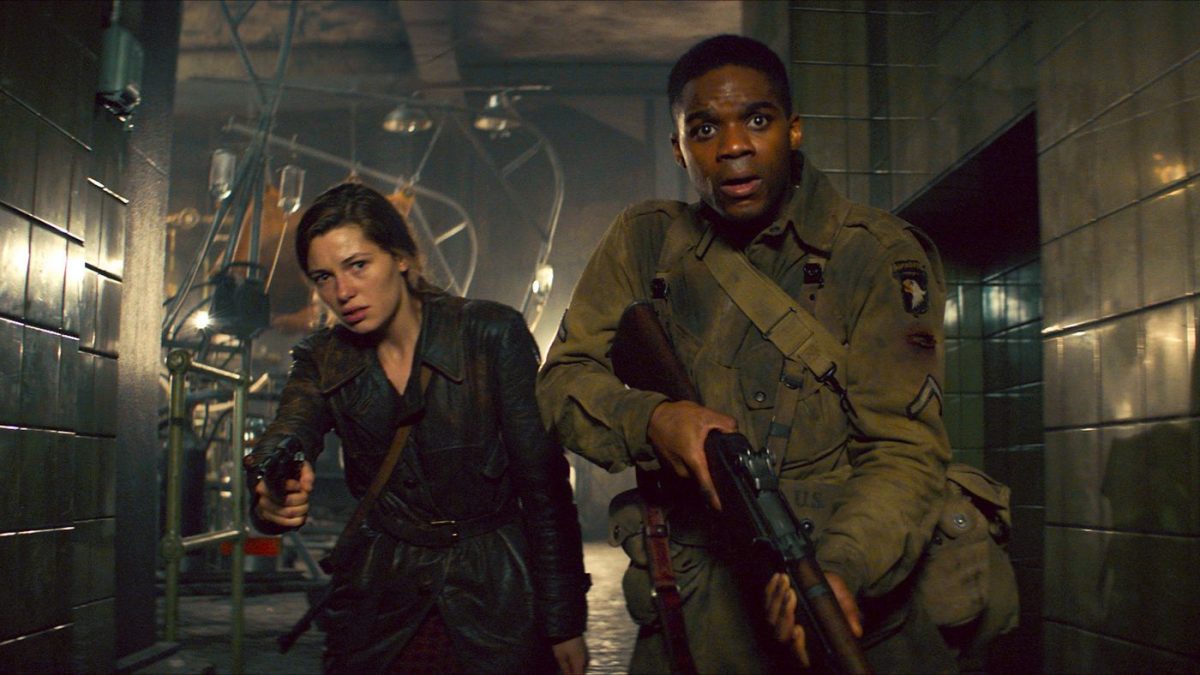 It’s said that war makes monsters of men, an adage that Overlord takes to its most literal and extreme limit. The film is a B-movie mashup that combines the classic tropes of a WWII film with the gory action of a horror movie. Produced by J.J. Abrams, Overlord starts in familiar territory: a plane full of American paratroopers are flying into France just hours before the invasion of Normandy.

After a brutal opening sequence reminiscent of Saving Private Ryan, a small handful of soldiers meet up to complete their mission: They must disable a German radio tower so that the allies can provide air support during D-Day.

Once in France, the soldiers team up with French villager Chloe (Mathilde Ollivier), whose parents were taken by the Nazis. She cares for her little brother and ailing aunt, who was the subject of horrific Nazi experiments. As the soldiers investigate the radio tower, which is located atop an old church, they discover a secret underground laboratory where German scientists are experimenting with a super soldier serum.

The serum gives subjects superhuman strength and accelerated healing abilities … in addition to turning them into flesh-hungry zombies. It’s here that the film switches into B-movie horror mode, with jump-scares and bloody special effects. The soldiers must complete their mission and face off against a monstrous Nazi commander (Pilou Asbæk) in the process.

The movie moves at a furious clip, thanks to Julius Avery’s confident directing. The end result is a highly entertaining mashup of Inglourious Basterds and 28 Days Later. There are people who will likely find it distasteful for a film to take the real-life horrors of World War II and Nazi experiments to such an absurd height, but this isn’t a true-to-life meditation on war crimes. It’s a gory popcorn flick that asks you not to think too deeply and just enjoy the video game-style slaying of Nazis.

The film gestures towards deeper themes—especially with regards to Ford, who believes that the Allies must sink to Nazi-level tactics to defeat them—but it’s quick to gloss over this thematic resonance for the pulpy enjoyment of exploding heads and mutated monsters.