With over forty titles in his bibliography (that is still apparently growing), Neil Gaiman was a constant fixture of my childhood and remains among—if not at the forefront of—my favorite authors. And with the recent success of Netflix’s adaptation of The Sandman, I found myself revisiting a few classics and books of his I love to this day. If you’ve just watched The Sandman and are looking to get into reading more of Gaiman’s work and explore his little worlds, then you’ve come to the perfect place!

The Ocean at the End of the Lane

Published in 2013, The Ocean at the End of the Lane is as intriguing and captivating as its title sounds. Told from the perspective of an unnamed narrator, Gaiman explores the concepts of our unreliable memories and childhood innocence—all, of course, interlaced with fantastical elements. The story essentially follows the unnamed narrator as he returns to his old hometown for a funeral and finds himself captivated once more, as he was in his youth, by a farm that stood at the end of a road where he once met a girl named Lettie Hempstock, who claimed that the pond by their house was actually an ocean. As he stands by that pond, he finds his memory altered, and the past he had once seemingly forgotten comes flooding back to him.

The name Hempstock may sound familiar if you’ve read some of Gaiman’s other work (some of which are also included on this list), as the family has made several appearances in his books. If not, well, Ocean is the perfect read for someone who is trying to find either a nice first book to start with his work or a story that would get them out of a reading slump. (It’s less than 200 pages long.)

Where do I begin with Good Omens? First published in 1990 and cowritten by the late Terry Pratchett (RIP), Good Omens’ full title is actually Good Omens: The Nice and Accurate Prophecies of Agnes Nutter, Witch and is a hilarious account of the coming of the end of days. The story follows Aziraphale (an angel) and Crowley (a demon) and the odd friendship they have formed across millennia, along with the equally surprising and odd way they’ve taken to living among humanity. Somewhere down the line, the forces of evil inform Crowley of their greatest and most important plan to finally win their war against good, a.k.a. Heaven: the birth of the Antichrist, where Crowley is quite literally tasked with having to deliver the baby destined to signal the apocalypse, only for a mixup to happen (without him knowing it) at the hospital.

The novel primarily follows Crowley and Aziraphale as they try to figure out how to save the world without having either the forces of good or evil find out (because here, even everyone over at Heaven wants the world to end because, well, that’s what the instructions say). It also features two equally funny subplots which feature the Antichrist growing up in the wrong household and village, and the legendary Four Horsemen of the Apocalypse gearing up for the end times.

Neverwhere has had several adaptations through the years and is noted for being Gaiman’s first solo book. It also features the magnificent and strange world of London Below—a sort of parallel universe that exists “under” the city of London, where supernatural beings mingle and exist. The novel also showcases other real locations with this little twist, like the Floating Market at Harrods, Blackfriars, and the British Museum.

As Gaiman aptly puts it, “Neverwhere” is the London for the people who have fallen in between the cracks, just like the novel’s protagonist, Richard Mayhew, a businessman who has been living a relatively boring but normal life before he is thrust in the middle of two parallel universes, otherworldly assassins, hunters, and the Marquis de Carabas.

Gaiman announced in 2017 that he is in the works of writing a sequel to Neverwhere entitled Seven Sisters, although we have yet to receive any updates or word as to publication dates. He has, however, written a short story to go along with the book called How the Marquis Got His Coat Back.

Stardust showcases Gaiman’s prose and world-building at its peak. Published in 1999, Stardust gives off a darker Victorian fairytale feel in contrast to his other works and is set in the rural English village of Wall, where a large stone wall runs across the entire town and divides our world from that of the faeries’. Once every nine years, a market is had on the faeries’ side of the wall, and there, a young Dunstan Thorn meets a fairy woman named Una, whom he is captivated by and spends a night with.

Several months later, Dunstan is surprised to find a baby in a basket left on his doorstep but immediately knows that it is his and Una’s son, whom he names Tristran. Years later, we watch as Tristran grows up and embarks on a journey to retrieve a fallen star to win the heart of his beloved Victoria. True to Gaiman fashion, the prose interweaves several other narratives of more characters attempting to find the fallen star, as well. Captivating and enthralling, Stardust is a perfectly paced and romantic story that left me in tears.

Its adaptation has also received an equal amount of excellent reviews, which I think speaks for itself. Did I mention that it stars our favorite Daredevil, Charlie Cox?

The story of how Gaiman came up with The Graveyard Book is already interesting itself: He had always wanted to write something like Ruyard Kipling’s The Jungle Book and one day saw his son riding his tricycle across a cemetery and thought that it would be interesting to set his story in one. The Graveyard Book tells the story of a young boy called Bod (short for “Nobody” because “He looks like nobody except himself”) who is raised by ghosts and lives in a cemetery. As a toddler, his family was murdered at home, with the exception of himself, as he managed to crawl out of his crib and found his way out the house and all the way up on a nearby hill, which housed the local graveyard.

From there, the spirits of the residing ghosts took pity on him as the spirit of his deceased mother asked them to look after him. After much deliberation, the ghosts agreed, and Bod was adopted by Mr. and Mrs. Owens, considering that they were the first ones to find the baby. The ghosts are assisted by the cemetery’s caretaker, Silas, who also serves as Bod’s guardian. The novel progresses throughout Bod’s childhood and early teen years and, in essence, is a sort of macabre coming-of-age fantasy that will leave you both haunted and touched. 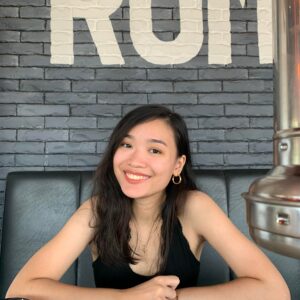