10 of Our Favorite Female Vampires in Movies & Television 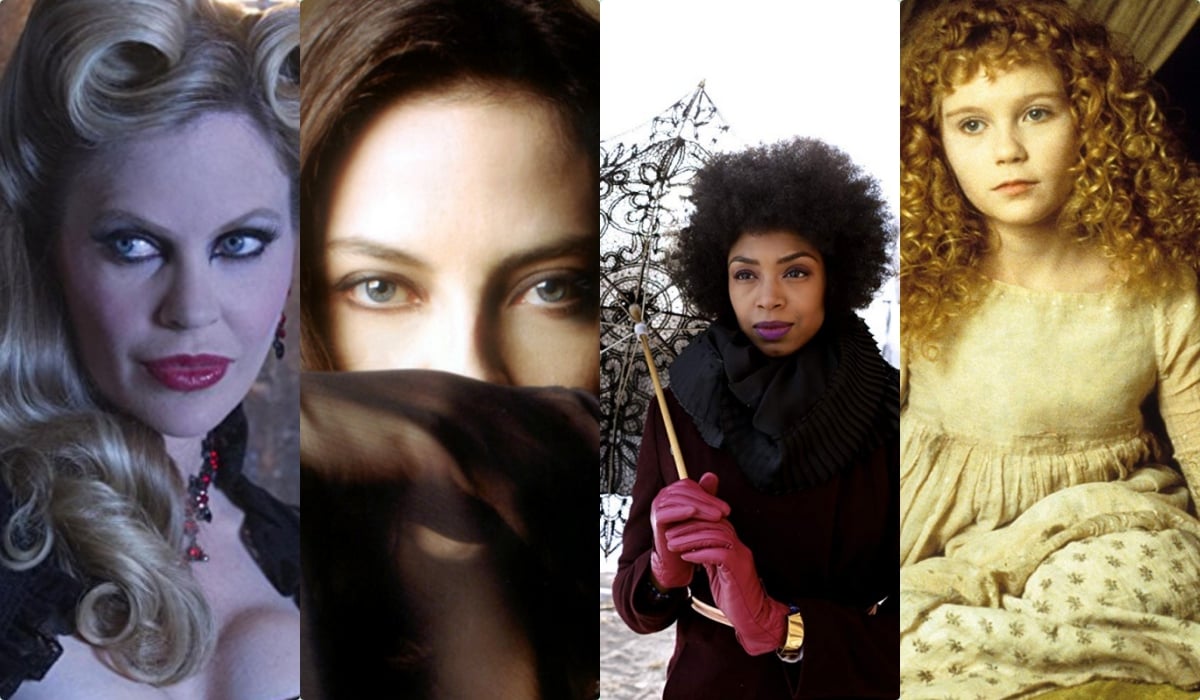 It is the Halloween season, which means revisiting some of our favorite supernatural films and shows, and with a little extra vigor than we might usually. Even though I’m team witches, vampires are a close second when it comes to badass creatures. Female vampires in the genre have, for a long time, been sidelined into the very male-gaze-driven lesbian vampire tropes, but thankfully, we have gotten a lot more interesting female vampire characters. Not as many as I’d love, but still a lot more.

So I wanted to pay tribute to some of the women of the night that are holding it down for the ladies. This list is not ranked in any way, just highlighting some favs. Since we kept it to ten, we didn’t include everyone awesome, but let us know some of your favorite lady vamps down in the comments! 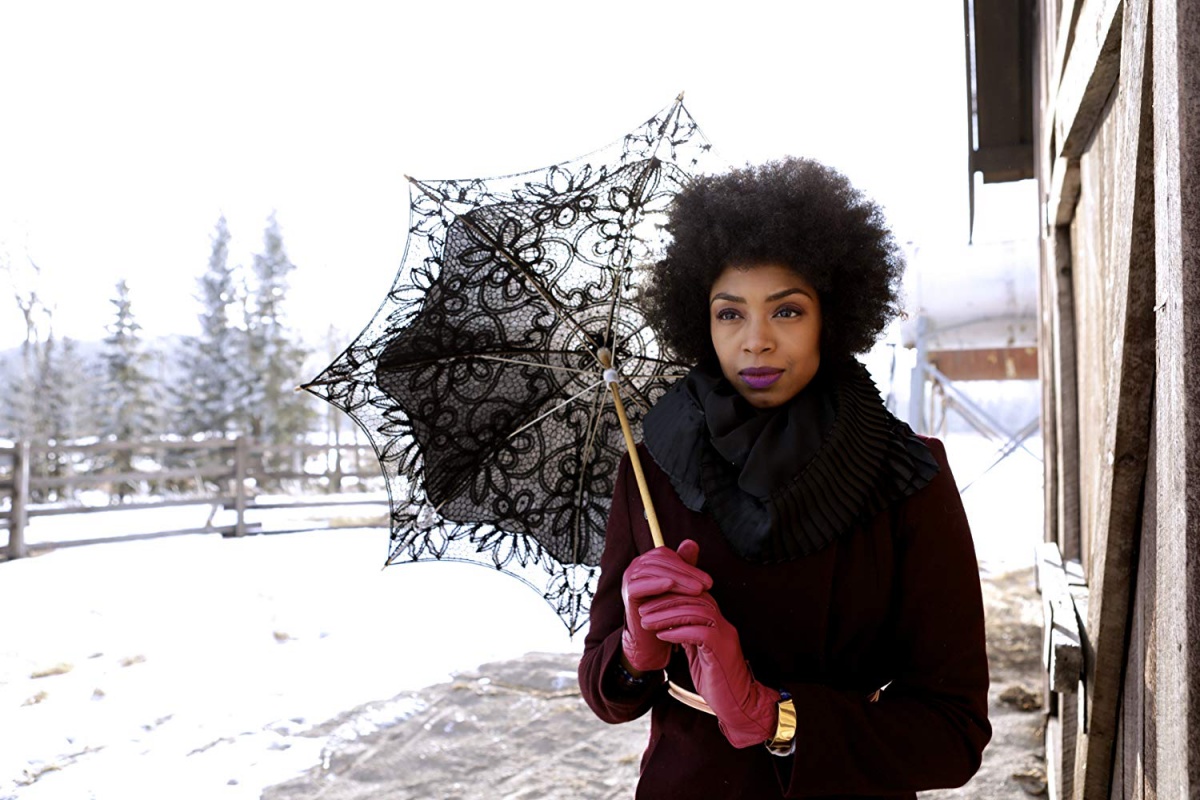 Despite being a newcomer to Wynonna Earp, the character of Kate, played by the gorgeous Chantel Riley, encompasses everything we love about the vampire in media: mysterious, beautiful, fashionable, and in love with all the wrong people. As a human, she was the wife of Doc Holiday and a member of Hungarian aristocracy with the gift of prophecy. She became a vampire in order to find her lost husband who was also cursed with immortality. As a vampire, she is cool, confident and a great gunslinger in her own right. We can’t wait to see more of her next season. 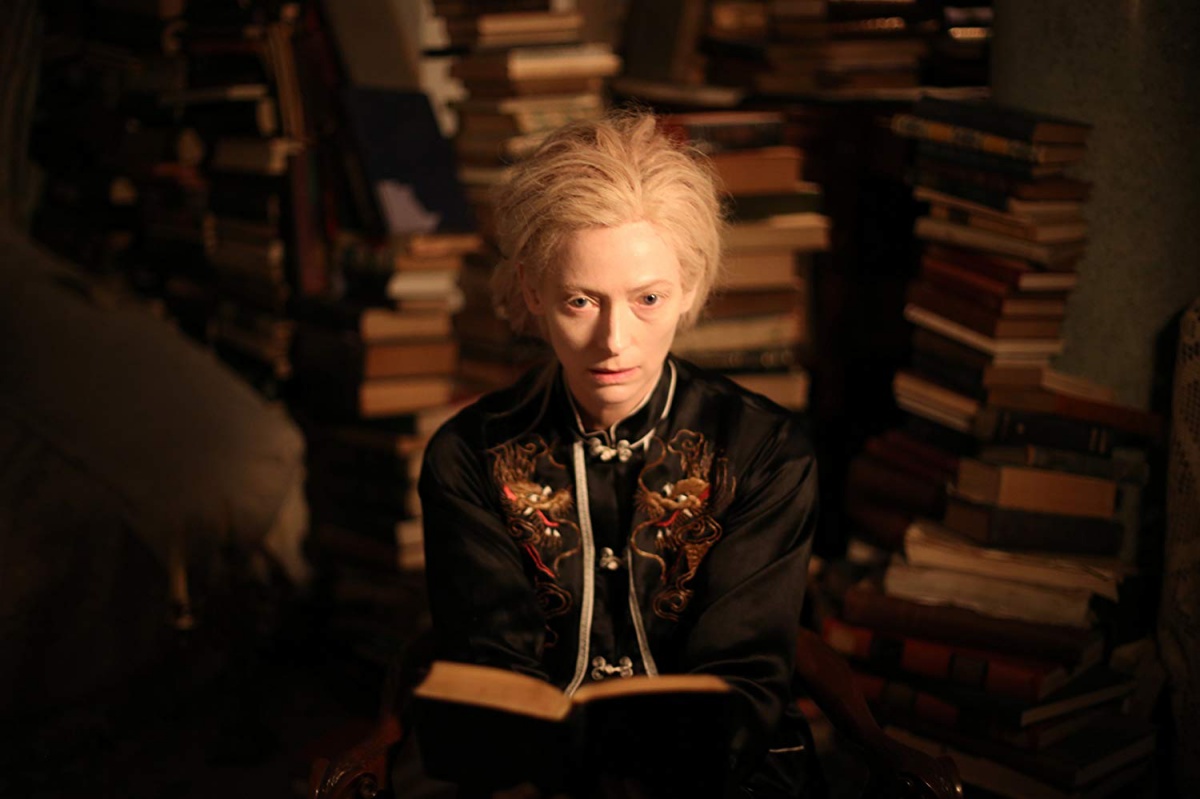 The artistic and sophisticated Eve (Tilda Swinton) is one of favorites not only because she is poetic and glorious, but there is also something really great about seeing older women as vampires. Too often, older male vampires get to exist as sophisticated vampire-daddies, but older women are desexualized. So having Eve as a lead and a romantic character in this movie is an exciting paradigm shift in what a female vampire is allowed to look like. 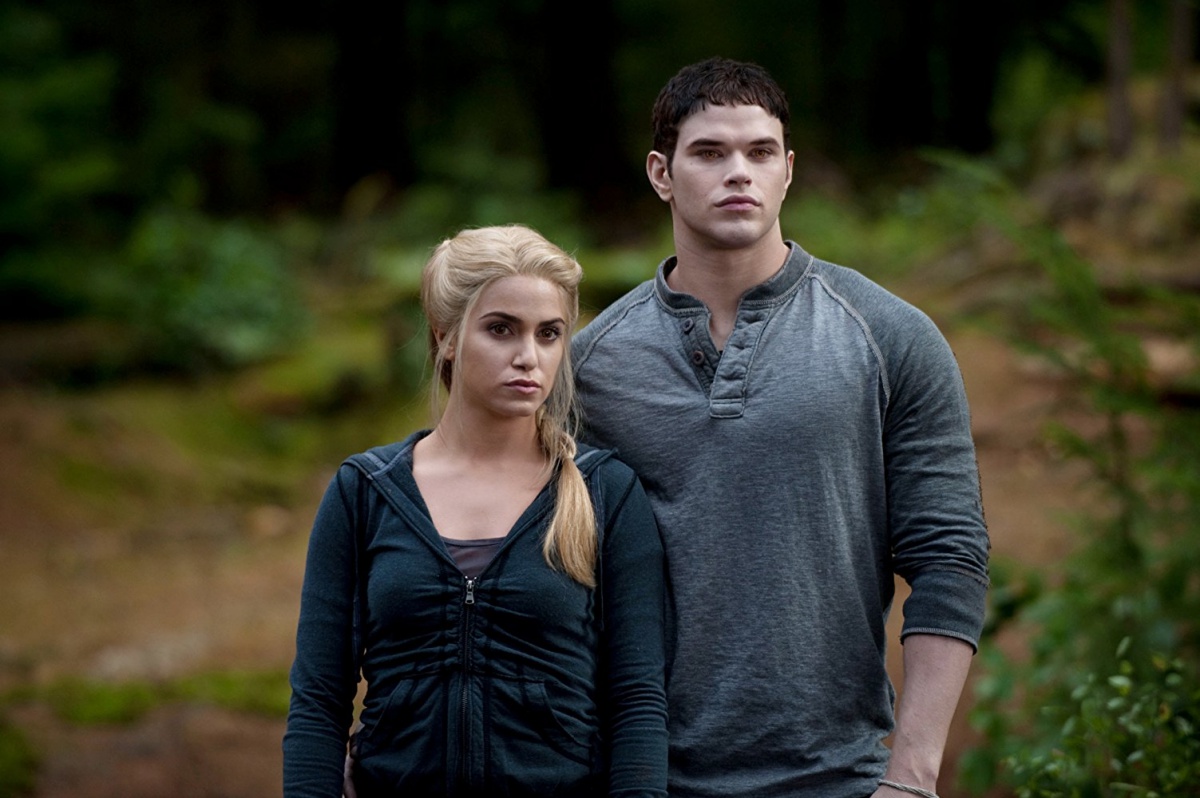 Despite my up and down relationship with the Twilight series, one constant has always been my love for Rosalie Hale. Coded as a bitch and antagonist to Bella Swan, the treatment and writing of Rosalie encompass all the flaws with how Meyer deals with gender. Her origin is as the vain and self-centered daughter of New York elite who is gang-raped and beaten almost to death by her fiance and his friends. She is turned into a vampire and gets her revenge by killing the men who attacked her.  However, she doesn’t just kill them. She tortured Royce to death and killed seven men without spilling any of their blood on her white wedding dress. Yet, even in her tragic backstory, it is typical for a vain socialite to be brought down to Earth through tragedy. That trope I hate. What I do love is how little fucks Rosalie gives. She’s very much a Lestat vampire: fashionable, no f’s to give, and brilliant.  Team Rosalie. 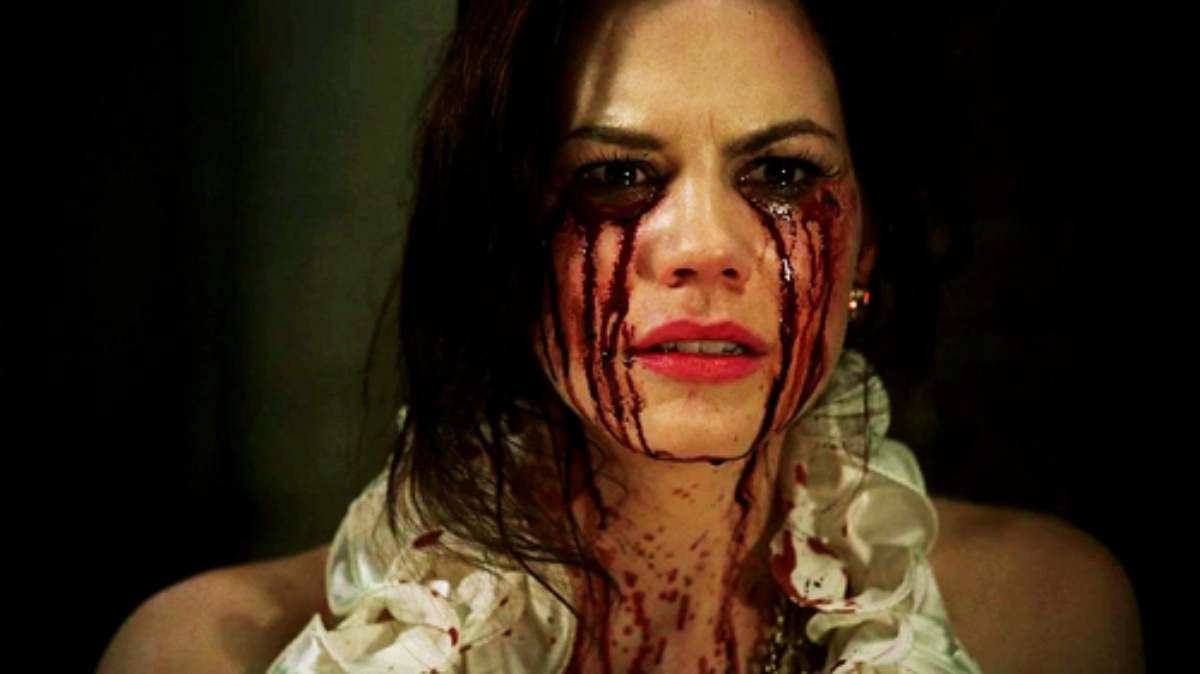 One of my biggest issues when it comes to how female vampires, especially antagonistic ones, are written is how their manipulations are seen as more horrible in contrast to those of their male counterparts. With True Blood, I never thought Lorena and her manipulations of Bill were good, but the same can be said of Bill and Sookie’s relationship or of Eric and … well, anyone. Lorena is herself a victim of abuse and torture from her own maker and therefore that is how she learned to exist. When she falls in love with Bill because he is good, it is her way of finding a good man to love, to love her back, but also to have power over. One of the most telling scenes about Lorena to be is that when Bill threatens to kill himself if Lorena does not release him, she does. In fact, it isn’t until Eric calls upon Lorena as a ploy to separate Bill and Sookie that Lorena even enters Bill’s life again.

We spent episodes and whole seasons dealing with Bill and his angst and his pain and his trauma, but Lorena’s angst and trauma are only given a few minutes of dialogue. She is in the way of Bill and Sookie, not a romantic option, therefore she is expendable. Well not to me! She is an interesting character who we didn’t get to know well enough before she was staked and I’ll always miss her for that. 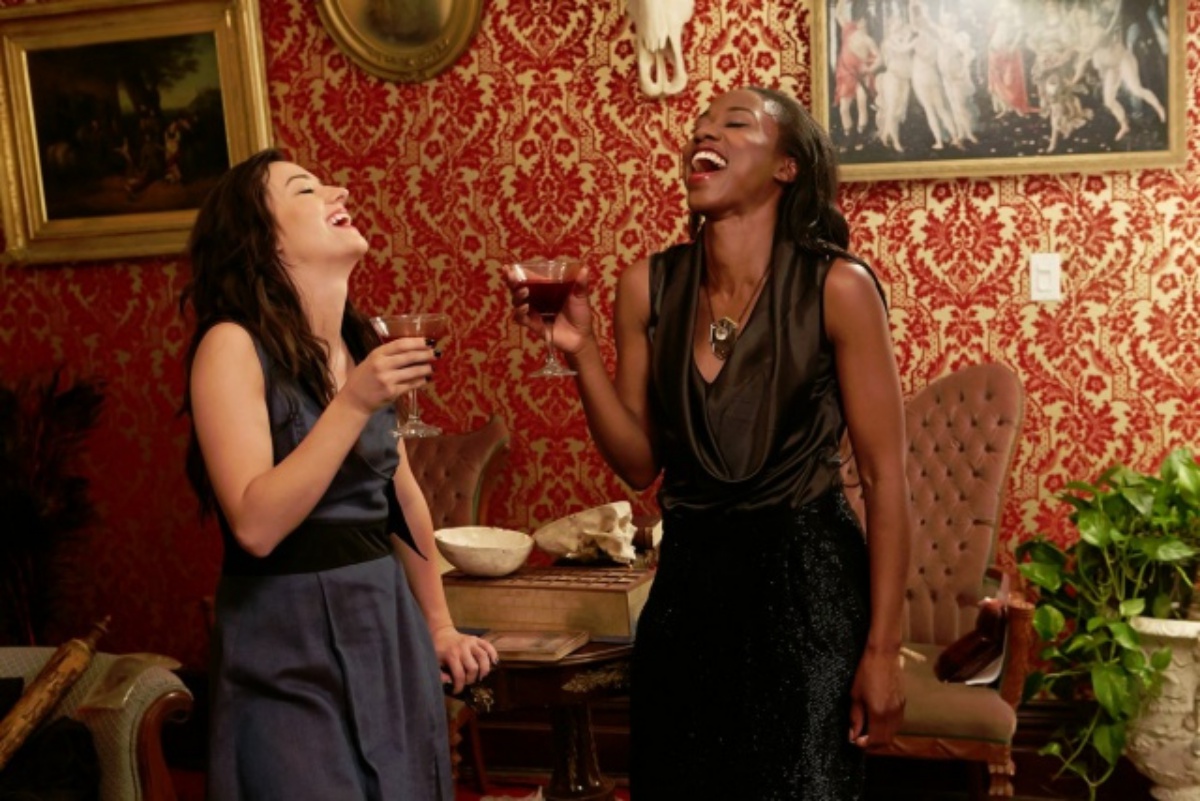 I’ve spoken before about how much I love the web series Carmilla so I won’t repeat myself too much however, it remains of the most compelling female-led vampire dramas ever. Vampire sisters Carmilla Karnstein and Matska “Mattie” Belmonde are great examples of two characters who have been previously mishandled in the vampire genre.

As a queer vampire, Carmilla is sexy without being overly sexualized. Her relationships with women are never reduced to fetish fuel for a male audience. She is a brooding, philosophical vampire who loves women and is treated as such. Mattie is an awesome woman of color, who was added to the show in an effort to be more inclusive but they also took a character from the original novel who was racially stereotyped and turned her into a beautiful, powerful vampire in her own right. Until Mattie, there really weren’t any other black female vampires in media that I found to be as loved as her. Yes, True Blood’s Tara was around before, but Tara was also treated like crap the entire series. 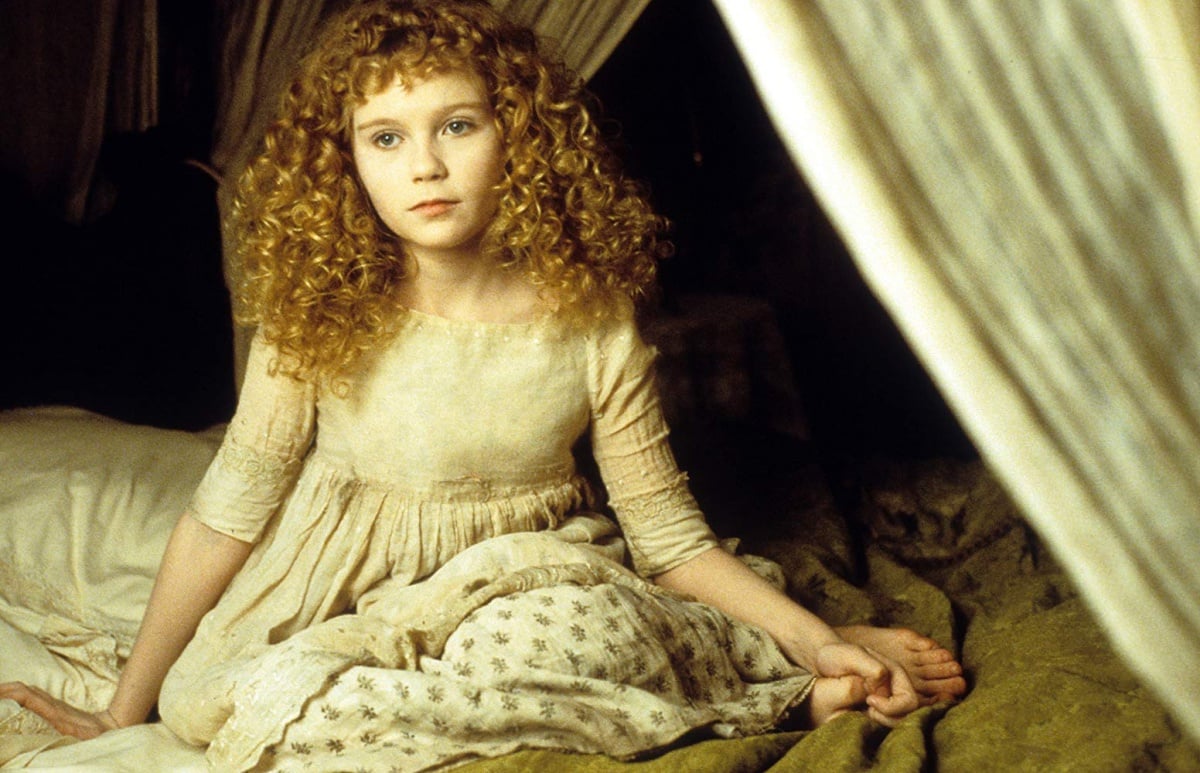 5) Claudia (Interview with the Vampire)

Oh, Claudia. Sweet, sweet, murderous Claudia. From Anne Rice’s Interview with a Vampire, the young girl is transformed into a vampire by Lestat after her parents die from plague and is introduced as a five-year-old crying to her dead mother’s rotting body. She is fed on by Louis, who feels bad about it and then turned by Lestat to be their child and to bring the couple closer together. She spends years with them, but slowly realizes that no matter how old she gets she will remain in this child body unable to develop into the woman she longs to be. She turns into a more violent creature until she attempts to kill Lestat in order to gain more freedom than he will allow. Claudia is burned to death for the crime of attempting to kill another vampire, but her presence and legacy continues throughout the series and is one of its most chilling and compelling characters. 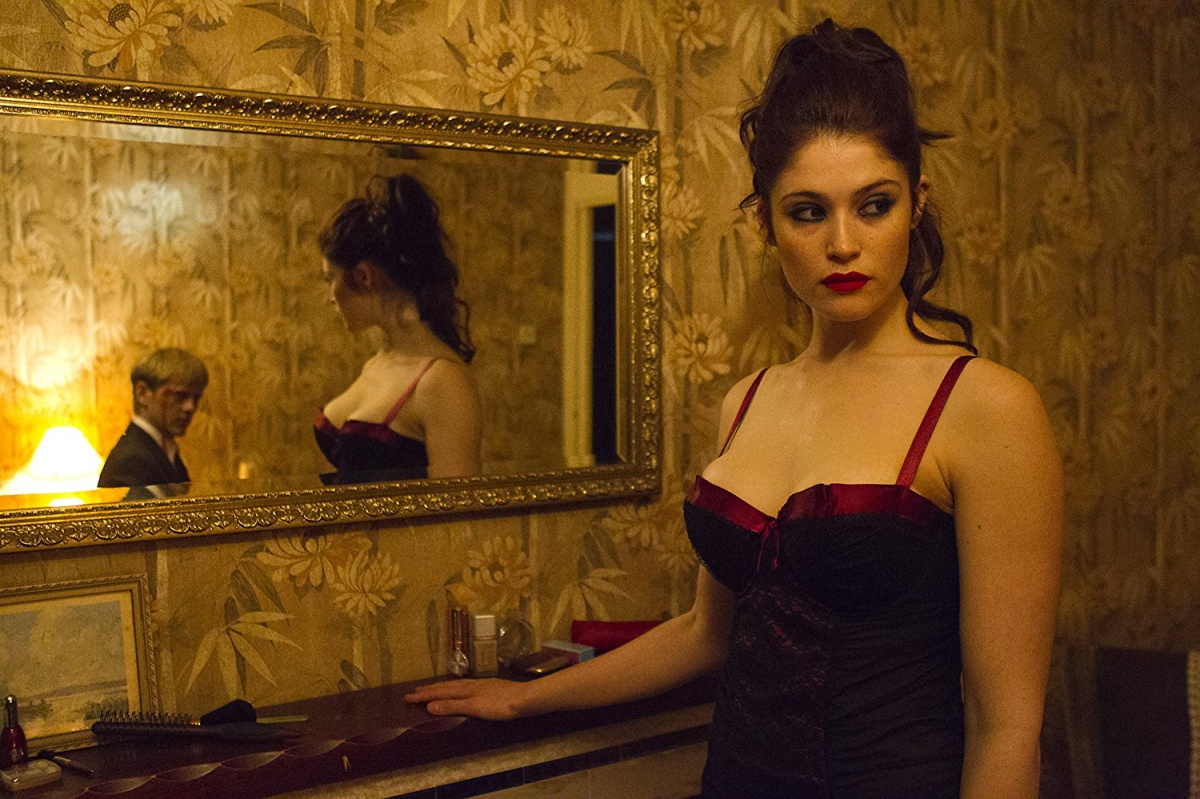 Played by forever wife Gemma Arterton in the 2013 film Byzantium, Clara is a sex worker who becomes a vampire and eventually turns her daughter, Eleanor, into a vampire as well. Clara is a fascinating character because we rarely see vampire mothers in fiction, where Clara is both a biological and vampiric mother. Where Eleanor is the Louis, Clara is the Lestat, reveling in the freedom her vampirism gives her. In the film, it is explained that there is a secret society of elite male vampires called the Brethren who look down on Clara for her gender and for being “low born.” By turning her daughter into a vampire she broke their laws and has been on the run ever since. Clara is everything beauty and deadly about the vampire, with a touch of kindness that makes her fantastic to watch. 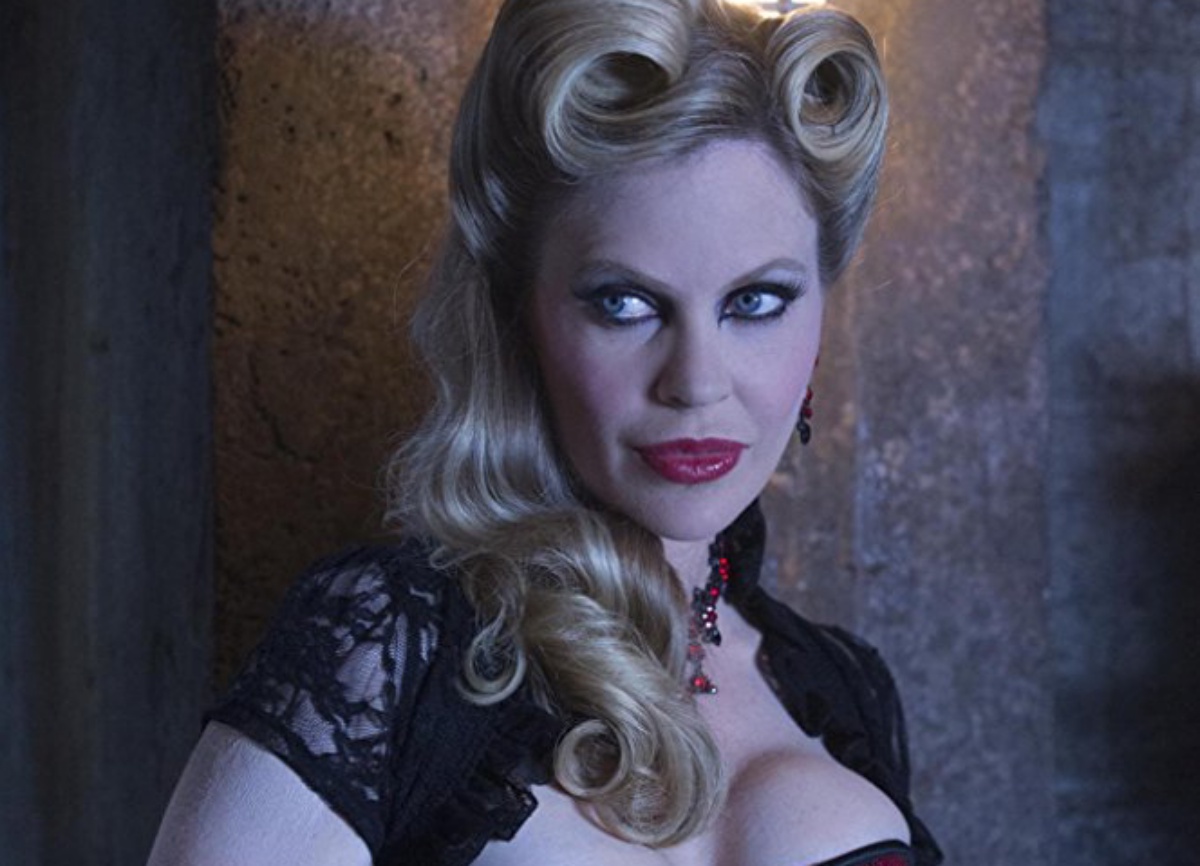 There was no way I could make this list without including Pam from True Blood. Even when the show was bad, she was delightful. The sired vampire of Eric Northman, Pam is sarcastic, callous, amoral and above all, fabulous. And don’t think she cares about your problems just because she wears so much pink. Her humanity and empathy only stretch so far. While made younger than her vampire character in the books, Pam is one of the MVPs of the series and her relationship with Eric is one of the show’s best. 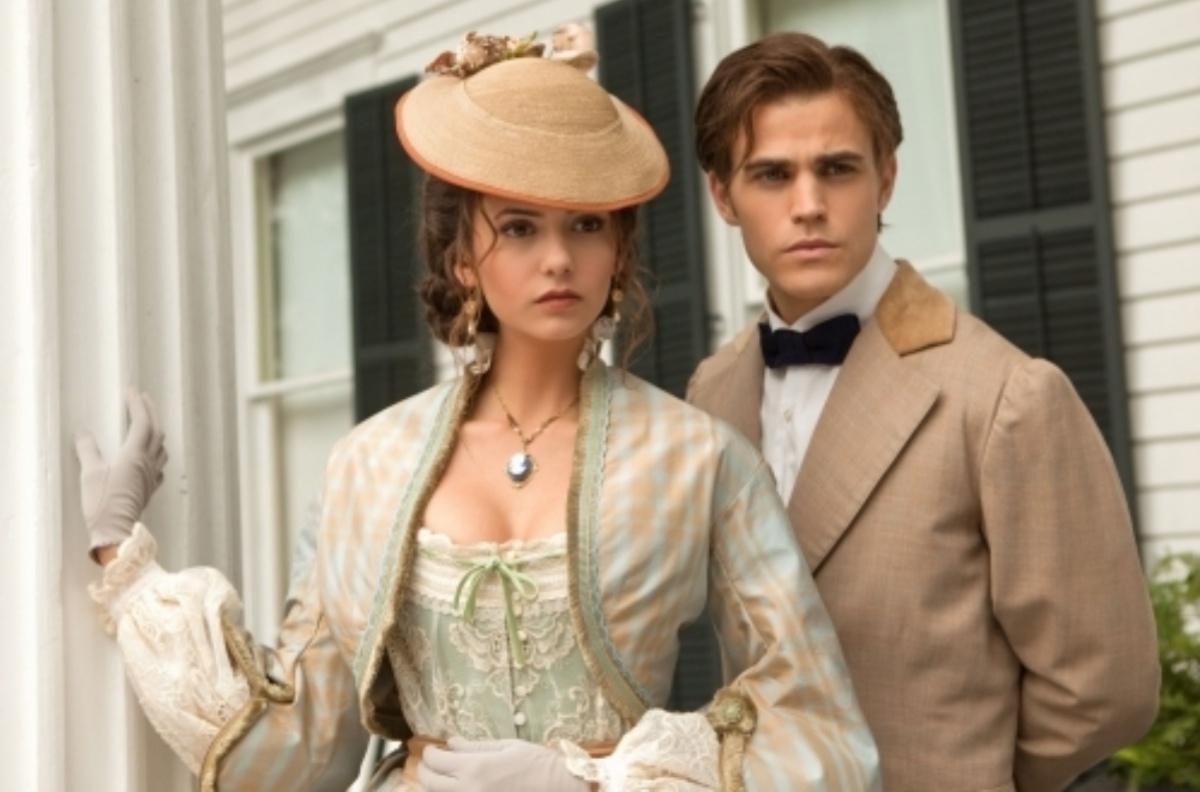 Sweet Katherine Pierce, the amazing femme fatale of The Vampire Diaries who spent her entire immortal life destroying men, pinning them against each other and looking to survive. Literally the only way to stop her was to make her human and kill her off. It was a poor end to such a fun character who always had a back up plan and could outsmart our heroes while playing some doppelgänger hijinks. Katherine was also proof that everything annoying about Elena had to do with Elena herself, not actress Nina Dobrev who came alive every time she played the character. If anyone should get brought back in Legacies it should be Katherine, just saying. 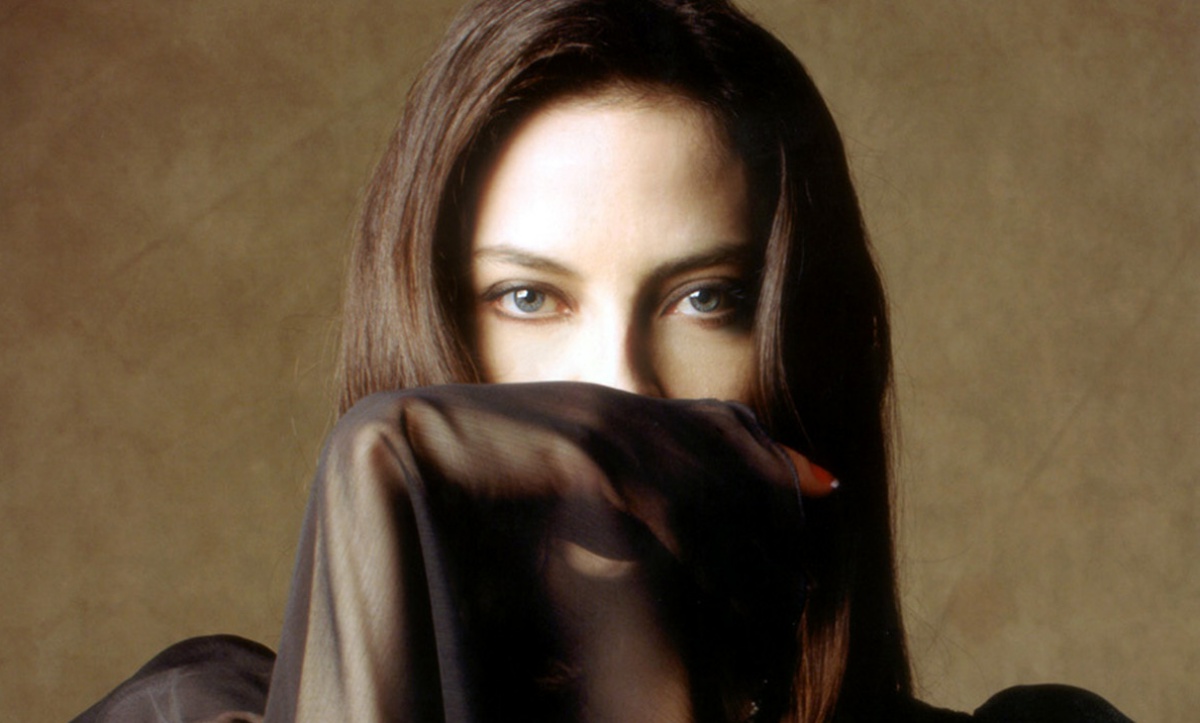 When I got into Buffy: The Vampire Slayer as an adult, one of my biggest disappointments was how few female vampires there were in the series. Thankfully, there were a few and of those few, my favorite by far was Drusilla. As a human she was a psychic and religious woman who could have been a saint, but that potential for holiness drew the attention of the vampire Angelus who tormented her ruthlessly before turning her into a vampire. Mentally broken because of it, Drusilla is cruel because she was created out of cruelty. In many ways, she reminds me of Lorena, an abuse victim who then abuses others, but makes for a compelling villain in the series and honestly, is Spike’s most compelling partner. Despite only appearing in 24 episodes, she has remained a fan favorite.

Tell us about your favorite (and least favorite) female vampires below!