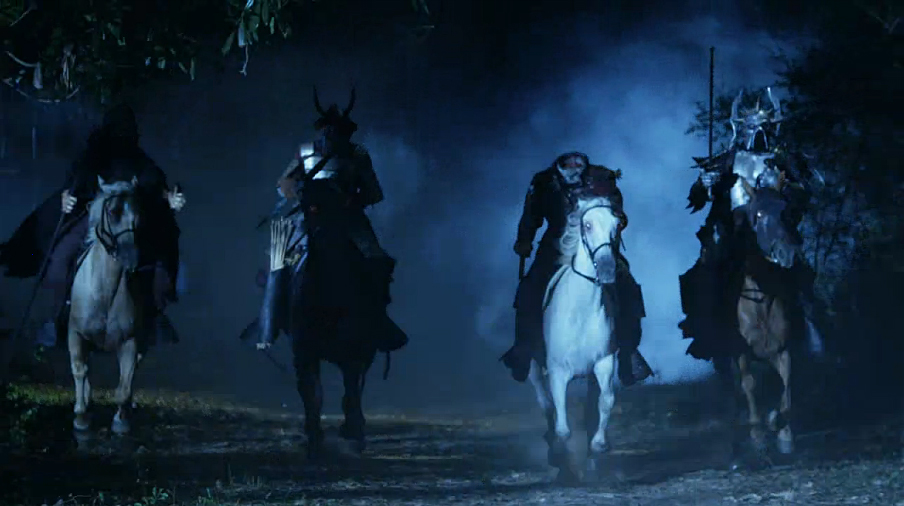 If you have a head, time to introduce it to your desk. Orlando Jones’ live-tweeting of Sleepy Hollow is usually on-point, but one since-deleted tweet published during this week’s episode had fans understandably upset. 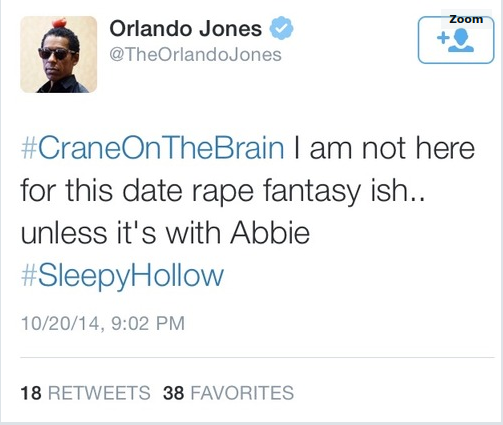 The tweet has since been removed, but not before it was screencapped and posted to Tumblr. An active user himself, Jones was also scrutinized by the Tumblr community last year for comparing Sally Hemings (an enslaved woman who Thomas Jefferson began having sexual and likely non-consensual relations with when she was just 14) to Scandal‘s Olivia Pope: 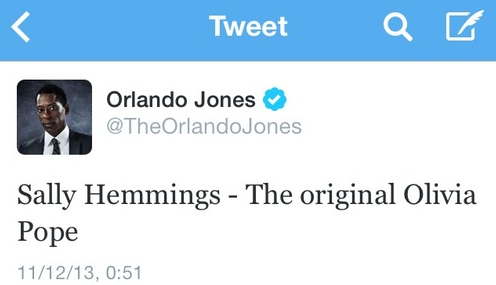 Jones responded to the Hemmings controversy by becoming the first-ever celebrity to submit himself to Your Fave Is Problematic, and writing a long response for fans offended by the comparison. Yesterday, he again took to Tumblr to address his own fallibility:

During my time on this platform I’ve posted many things that were silly, many that were heartfelt and a number of things (either posted here or posted on Twitter and referenced here by others) that were problematic.

Yesterday was an example of the latter.

During last night’s live tweeting of Sleepy Hollow I made a post that, although in no way my intention, overtly contributed to the rape culture climate that normalizes and trivializes very serious and very real instances in which people (mostly women) are victimized.

Intention, of course, does not mitigate offense.

What I wrote was not OK and without qualification or equivocation I apologize.

I’m especially thankful to those of you who reached out to me personally to share your thoughts and engaged in an active dialogue about this issue.

I also appreciate the perspective of those who continue to throw shade, who are disappointed, who think I’m full of shit/insincere/misogynistic/have no business in fandom/try too hard/etc.

In the words of carnivaloftherandom (whose post on the need to include more diverse voices on this issue was VERY informative to me) […] I will endeavor to FAIL BETTER.

I respect Jones for apologizing “without qualification or equivocation,” especially since a minority of his fans likely saw the offending tweet in the first place–in trying to make amends, the actor may have also brought himself more bad publicity. That being said, it boggles my mind that public figures continue to have failures of this magnitude. Obviously Jones’ intention wasn’t to offend viewers or trivialize the serious ramifications of rape culture, but the punchline of his “joke” was that Nicole Beharie is so attractive he could fantasize about having non-consensual sex with her. That’s not a joke, it’s justification for a workplace seuxal harassment seminar.