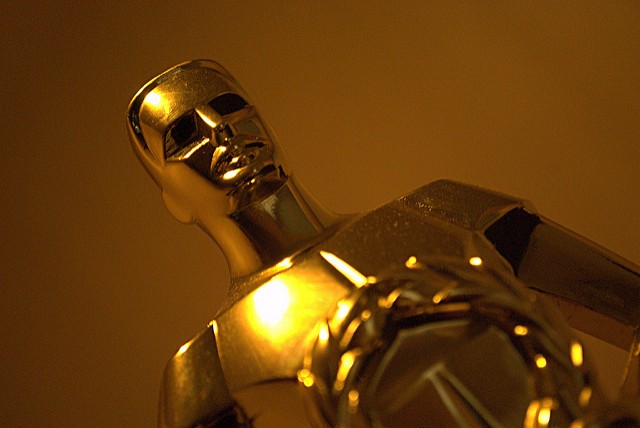 The Oscars this year seem to be a baffling collection of missteps, snubs, slights, and insults, and hey look, they just made another one—or the producers of the Oscar ceremony did, at least. Two nominees from the original song categories this year were not invited to perform, while the other three nominees were. So while you’ll hear Sam Smith, Lady Gaga, and The Weeknd perform on stage next Sunday, singers Sumi Jo and Anohni will not share the same stage.

The Oscars are already under fire for the lack of diversity among nominees, except in the best song category. If all five performers of the nominated songs were included, the impact could have been truly powerful. The academy claims to desire real, positive change, and giving an example this year could have made an impact with voters. Sam Smith, Lady Gaga, and The Weeknd are not only all good performers and cowriters, but they also happen to represent diversity within their field. Unfortunately, this decision excludes an opportunity to highlight two more highly respected performers who also happen to represent more sides of diversity: an Asian woman and transgender woman. Sumi Jo, an internationally acclaimed Soprano, may be the only performer who isn’t nominated as a writer (the nominee is Pulitzer Prize winner David Lang), but she also happens to be the only performer who played a role in and performed the nominated song, “Simple Song #3,” on screen within its film.

While any exclusion would be tasteless, it feels especially bad that singer-songwriter Anohni is being excluded from the performances this year. Anohni is only the second ever openly transgender Oscar nominee in history, a fact which has been underreported since the Oscar diversity debate began. It’s an accomplishment she so deserves to bask in and celebrate. Now, she won’t even be attending the ceremony, writing (beautifully) on her website,

Last night I tried to force myself to get on the plane to fly to LA for all the nominee events, but the feelings of embarrassment and anger knocked me back, and I couldn’t get on the plane. I imagined how it would feel for me to sit amongst all those Hollywood stars, some of the brave ones approaching me with sad faces and condolences. There I was, feeling a sting of shame that reminded me of America’s earliest affirmations of my inadequacy as a transperson. I turned around at the airport and went back home.

For the Oscar producers not to invite her to perform the song she also co-wrote (with J. Ralph) seems to clearly demonstrate the lack of understanding about what people mean when they say they’re frustrated by the lack of diversity at the Oscars. These two nominees received the votes (the Academy has previously had less than 5 songs nominated if they didn’t receive enough votes) and deserve the same spotlight as their peers.

This decision just isn’t fair. If you set the standard that original music nominees perform, there shouldn’t be ANY exclusions to that standard. While the official claim is there simply isn’t enough time to include all five nominees, the unsaid fact is that these songs and performers are perceived to be the least likely to draw the coveted younger, broader audiences to the show. But this is an awards show, and while ratings and commercial dollars are important, the decision suggests that the Oscar producers (and those within the Academy responsible for the awards ceremony) are placing those things above their own awards, and I don’t think it’s only the nominees who should be upset by this decision. As part of the desired audience the academy wants, it’s always insulting to hear what they think I want instead of hearing from the nominees and winners. Fair is fair, and in this area, there couldn’t be a clearer example of it being anything but. Imagine if only 5 of the best picture nominees were allowed to show a montage or clip during the show? That would make a clear statement to the audience.

Add in the fact that the announcement that the two songs being excluded from the Oscar ceremony (“Simple Song #3” from Youth and “Manta Ray” from Racing Extinction) was made before the official closing of the voting. If voters were holding off watching either film (or even listening to the song) before finishing their ballots, the announcement may have persuaded them that it isn’t worthy of consideration. If you think this is an assumption, just read the infuriating Brutally Honest Oscar Ballots on the Hollywood Reporter, where voters admit to not seeing everything that’s nominated, including some of the music.

Claiming a time restriction is the reason for this decision to feature 3 songs, rather than 5, is completely absurd. First, the two performances would likely be no more than 5 minutes, which any live awards show can find in their schedule (and often goes over anyway). Second, instead of giving two actual nominees their deserved time on the stage alongside their peers, the Academy has chosen to give time to hosts and presenters, tributes, and this year, a performance by Dave Grohl. Personally, I like Dave Grohl a lot and would happily watch him perform, but I’d never prioritize his performance over a nominee’s. If they don’t have the time, they should cut those extraneous aspects of the show.

Considering how quickly those in charge of the Academy and Oscar broadcast have been to respond with promises of change in light of the public outrage over the lack of diversity, I’m pretty shocked by this latest decision. The fact that they would turn around and be so disrespectful to specific nominees, within the one diverse category, is unsettling. What they did, not the faceless collective of The Academy but a specific group of powerful individuals, can only be labeled as snubbing.

We reached out to the Oscar’s publicity office for comment, but they did not respond to requests. We also contacted the publicist for the films and composers, who told us they had no comment at this time.