Why Do So Many People Defend Billionaires From Any Criticism? 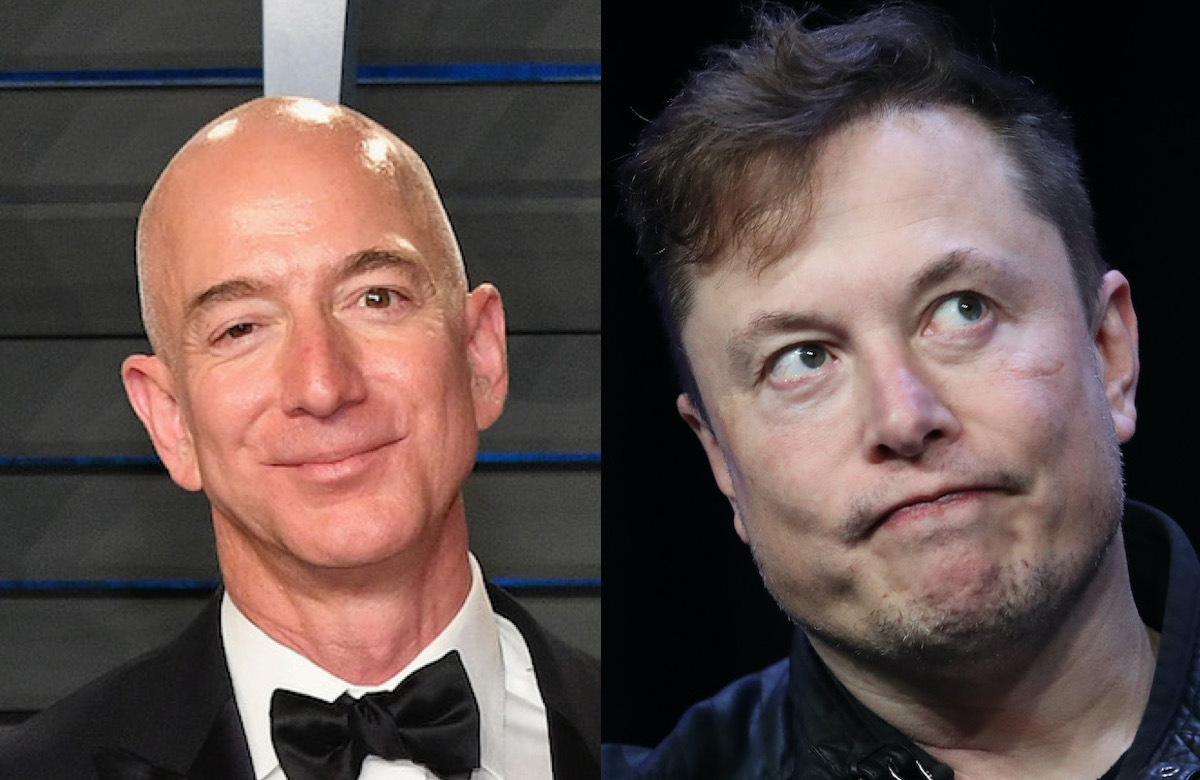 It’s been a pretty bleak time for most people lately, to say the least—nearly 40 million Americans have filed for unemployment while most are still being charged rent, people are losing health care left and right, and of course, almost 100,000 people have died in the U.S. alone. But you wouldn’t be able to tell this from the news cycle as it relates to billionaires, many of whom have been profiting amidst the same pandemic that’s killing tens of thousands and uprooting untold lives.

Last week, it was reported Amazon CEO Jeff Bezos is on track to become the world’s first trillionaire, while this week, Tesla CEO Elon Musk announced his new factory will open in Austin, Texas, “extremely quickly.”

Of course, at the same time Bezos is nearing $1 trillion, his company has been busting unions, punishing workers for organizing, and denying living wages and sick leave. Not to be outdone, Musk has spent the last few weeks violating county policy (until recently) and forcing factory workers to return to work or be put on unpaid sick leave—this after already furloughing workers and cutting pay at the beginning of the pandemic, all while making $12.9 billion in the first months of 2020 alone.

Discussion of Musk making workers choose between their health and safety or their livelihood during a pandemic unfailingly attracts his cult of internet defenders, the overwhelming majority of whom are not billionaires and never will be—nor will they get anywhere close. Just open up any one of his tweets, scroll through the replies, and see for yourself.

Yet, despite being the most annoying people on your social media feeds, billionaire defenders are arguably just a symptom of a greater issue: the impenetrability of the capitalist system to even the most valid criticisms in popular discourse. Musk’s defenders—who have more recently become the most annoying members of the billionaire defense squad—will shield him from nearly every valid criticism by citing the fact Tesla has created jobs, and if California doesn’t open, those jobs could leave. But it’s not enough to just keep jobs somewhere, and not enough to employ people—I can’t believe it has to be said, but those jobs actually need to be fairly compensated, and exist in safe, healthy environments.

They’ll also try to point out that not all of billionaires’ net worth is liquid, like how part of Musk’s nearly $41 billion net worth includes assets like real estate, and he’s had to sell seven of his mansions—as if any of us should feel sorry for someone who was able to acquire seven mansions in the first place, just because they don’t have the value of those properties on-hand as cash.

The crux of what most internet billionaire defenders are saying is that, in so many words, this is just the way things are. Yet, it’s almost paradoxical how delusional this “realism” is—many who defend billionaires are likely one or two missed paychecks away from economic ruin. Still, they preach as if following all the rules of the system will someday make them billionaires themselves, as if billionaires are billionaires because of hard work and not other factors like luck, generational wealth, and exploitation.

Rather than be critical of the morals of those who massively benefit from rapidly growing wealth inequality, or the eight billionaires who own half the world’s wealth while so many of us are forced to crowdfund basic health care, they’re essentially saying we should just be grateful for employment from them, even if that employment is rooted in exploitation.

More often than not, those who defend billionaires like Musk are the same people being directly or indirectly exploited by them. When Bezos reaches $1 trillion, that’s $1 trillion made off the backs of the most marginalized communities, and also $1 trillion that could otherwise be supporting the basic needs of the rest of society.

The internet is a hotbed for people with the worst takes, and yet the billionaire defense squad is especially frustrating because it reinforces billionaires’ attempts to frame themselves as victims whenever they’re denied something within a capitalist system that already basically entitles them to everything. For Musk, for example, that “something” is treating workers as expendable collateral during a public health crisis.

Despite the claims of defenders of Musk’s militant insistence that the country reopen to save the economy, the problem isn’t that corporations are losing money and can no longer afford to pay their workers. The reopening of Musk’s factory came a week after 8 people in America together made $6.2 billion in a day, all while tens of millions were laid off. The problem isn’t lack of capital to take care of workers amidst the literal apocalypse—rather, it’s the hoarding of this capital.

For what it’s worth, Tesla has laid out plans to practice social distancing and other precautions on its Fremont factory floor, but it’s hard to trust worker safety will actually be a priority to a company with some of the highest injury rates in the nation, which has been found guilty of egregious labor violations and has a long history of union busting, intimidation, and harsh, dangerous working conditions. Several workers have said, right from the beginning of the pandemic, that the company’s slow, disorganized response (unsurprising, what with Musk’s initial appraisal of coronavirus “panic” as “dumb”) put workers in danger.

And despite the high cost of living in California and a company value estimated between $93 and $100 billion, Tesla pays its Fremont factory workers between $17 and $21 per hour, compared with the national average auto manufacturing wage of $29.04, all while refusing to offer paid leave and unemployment benefits for workers who don’t feel safe returning.

The bottom line is that—as Musk demonstrates by maintaining a $41 billion net worth (or, you know, millions for each Fremont factory worker), preparing to rake in a $700 million bonus, and still putting profit above the lives and safety of his workers—many billionaires would trade ordinary people for less than a nickel if it were profitable to do so. Yet, normal people who are hurt by their wealth-hoarding will still devote their social media activity to shielding billionaires from any criticism or accountability anyway.

The pandemic has shined a light on devastating inequities that have always existed, stemming largely from wealth disparities. It’s also shown how expendable human life is to billionaires who would rather force people to work or lose income, during a pandemic, than simply have less money. And, of course, it’s shown that despite this, our capitalist system will always remain above critique to so many.