Oprah Dashes Our Hopes of a 2020 Presidential Run—So Who Should We Be Backing? 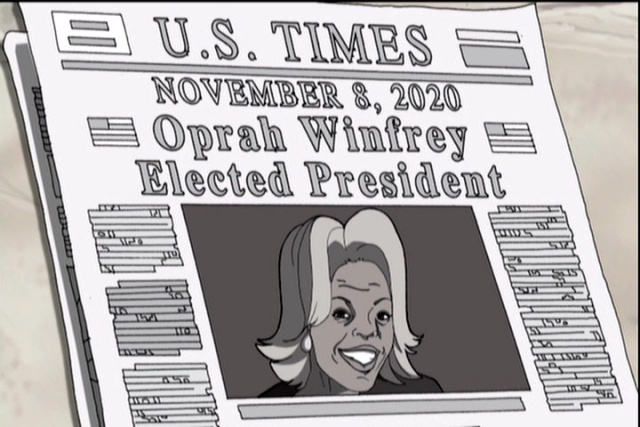 There was a very hype segment of the public that was game for the idea of Oprah Winfrey running for office after her impressive and inspiring Golden Globe speech. But Oprah has made it clear, once again, that she has no intention to run for office.

Winfrey told InStyle editor-in-chief, Laura Brown, in a new interview that “I don’t have the DNA for it.” She also said, “I’ve always felt very secure and confident with myself in knowing what I could do and what I could not. And so it’s not something that interests me.”

“Gayle [King] — who knows me as well as I know myself practically — has been calling me regularly and texting me things, like a woman in the airport saying, ‘When’s Oprah going to run?’” she continued. “So Gayle sends me these things, and then she’ll go, ‘I know, I know, I know! It wouldn’t be good for you — it would be good for everyone else.’ I met with someone the other day who said that they would help me with a campaign. That’s not for me.”

While I personally would love it if The Boondocks had correctly predicted our first black female president in Oprah Winfrey, I also am glad that Oprah will have an opportunity to become a part of this political system. She does a lot of good in the world and I do not think she would want to be a part of the military-industrial complex. Still, the fact that people were so excited about her potential run shows the thirst for leadership on the left.

So if Oprah isn’t the one, who will it be? I asked my fellow TMS writers who they think should be running and here were the top candidates, I linked to their On the Issues page if you want a broader look at

Who has your attention when you think longingly ahead to the 2020 election?