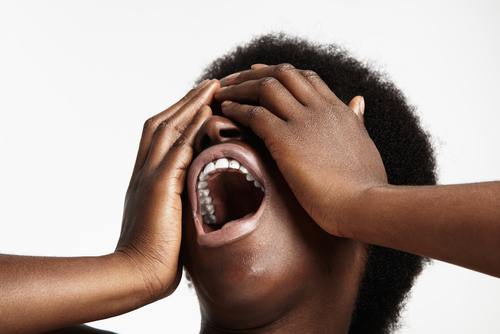 So, you voted for Trump. You don’t have to admit it, I know you did. Granted, I think the fact that some of you won’t admit it is telling. Some of you have said that you have stayed silent because you didn’t want to get dragged for voting for him. If you’re standing by your choice, why won’t you defend it? And to those of you who have been open with your admiration…what exactly do you admire about him?

“He tells it like it is!” What is “it,” exactly? He’s called Mexicans rapists, blacks uneducated and women pigs. Excuse me? Mexicans are no more likely to commit sexual assault than any other race. And as a black woman with a college degree, I can tell you that I have never eaten from a trough.

“He’s not a politician!” Well, that is glaringly obvious. He’s a failed businessman turned mediocre reality star. He has no idea how to be a leader; he could barely manage the celebrities on his show. He has no concept of foreign policy or how to play fair.

“Oh you’re just mad because Hillary lost!” Um, yeah, I am. I didn’t love her (I didn’t even like her) but I felt safe with her. I didn’t have to worry about my life with her in charge. I knew that things would stay on the same course as they are now.

“But I’m not…” You’re not what? Racist? Misogynistic? Anti-semitic? Homophobic? Ableist? Well, you may not think so but you supported someone who has used language suggesting that he is all of the above. And by supporting him, you’ve said that it is okay to be all of the above. The president-elect has elevated hate into a prominent position in the current American landscape. So, you may not feel that way because you know or love someone who falls into one of those categories, but what you’re indirectly saying is that you don’t really care about them.

“Move on, stop being so dramatic!” No. You don’t get to tell me how to feel about this. I and many people I love and care for are petrified. Their entire way of life is being threatened by this presidency and the open bigotry it has enabled. Hate crimes are on the rise. Swastikas are being painted on every surface. Muslim women are being targeted for wearing a hijab. Gay people are being attacked. Black people are being told to “go back to Africa” or that they “should be picking cotton.” Immigrants are scared that their entire families are going to be ripped apart. People with chronic illnesses are unsure if they will survive if they can’t afford to see doctors or get their medication. I’m trying to figure out an emergency plan to get my family and I passports in case things get unsafe for us. I’m figuring out how I would leave the only country I’ve ever called home just in case. Telling us to get over it or not be upset is completely invalidating our existence. I refuse to sit idly by and let you or anyone else take away my right to exist.

So, you still voted for Trump. Don’t come trying to get me to see your side of this or convince me to play nice and accept what you had a hand in doing. This isn’t something that I can forgive and forget.

I may still be your friend, but our relationship will never be the same.

Sa’iyda Shabazz is from New York City where she lives with her son. She loves pop culture, The Food Network, and Cherry Coke. She has always loved to tell stories. She loves to connect with other people so visit her Twitter @xoxSai.