How One Day at a Time Powerfully Tackled Mental Health 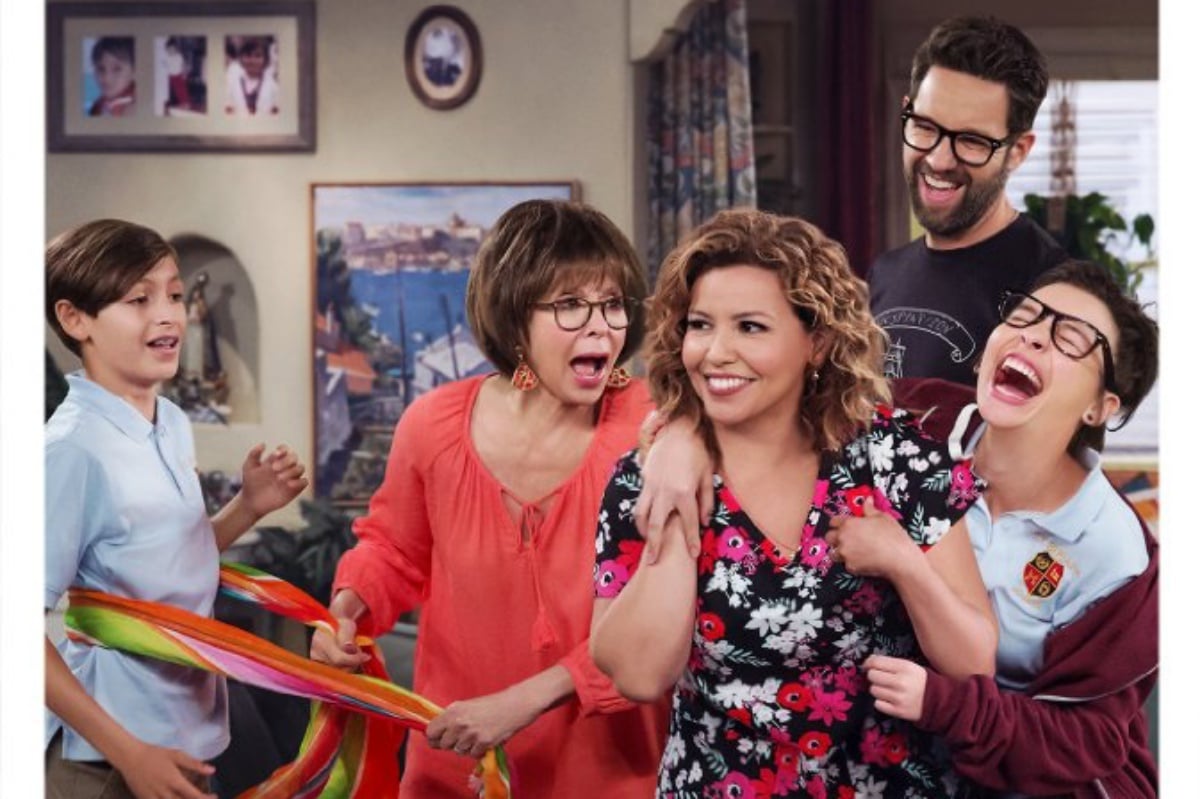 One Day at a Time is one of Netflix’s best shows, hands down. The charming, winning sitcom works as both a hilarious family story and a vehicle for social commentary and never once sacrifices an iota of heart to convey the message. From privilege to sexuality, veterans affairs to anti-Latinx racism, the show has tackled a variety of important issues with nuance. But for me, the most important issue they’ve tackled has always been Penelope’s mental health. Warning, episode spoilers for all three seasons will follow.

When we are first introduced to Penelope, she is struggling with taking anti-depressants prescribed to her by Dr. Berkowitz. She says she’s fine and that she doesn’t need them, and Dr. Berkowitz finally says that if she were prescribed pills for a heart condition, would she say she doesn’t need those too? Over the course of the first season, Penelope also winds up becoming involved with an all-female veteran therapy group.

Each season, it seems, has a stellar episode that focuses on Penelope’s mental health. Season two features her going cold turkey off her meds and out of therapy because she thinks her life is going great. She displays symptoms of heightened energy before crashing into a depressive episode that sees her unable to leave her bed. It is thanks to her mother and Schneider that she gets help, but she helps pull herself out of the problem by utilizing coping mechanisms she learned in therapy and by asking for help from those around her.

Season three tackles anxiety, and Penelope’s own anxieties in particular. As Penelope has anxiety attacks, the scene slips into grey scale with characters behaving in a heightened fashion and highlighting Penelope’s worst fears. This is the episode in which Penelope finally tells Elena and Alex about her own struggles, as Elena begins displaying signs of anxiety as well. Penelope promises her daughter that if she needs help, she’ll get it.

This matters for a lot of reasons, but for me, it means so much to see my own struggles reflected onscreen. I too chafed at taking medication for my mental illness, and pushed off getting therapy. I’ve foolishly gone cold turkey off meds and wound up trying to crawl back to normalcy. My anxiety attacks don’t make the world go into black and white, but they are rough nonetheless.

Penelope is one of my all-time favorite sitcom characters now for the fact that she too deals with mental health, and that it’s not an instant fix for her. We see her deal with it her own way, with speed bumps and mistakes and successes. She doesn’t take a pill and magically become cured. She’s not perfect, and in that imperfection, she becomes an even stronger character and inspiration for those of us who also struggle on a regular basis.

As someone who deals with depression and anxiety, it’s refreshing to see it depicted like this on the small screen. Most of the time, depression either dominates a character’s entire arc, or it falls prey to ableist tropes about medication, therapy, or the illness itself. Penelope never becomes a trope. She is so much more than her mental health, even though she knows she has to take care of it for the rest of her life.

In one episode, she does say that she’ll have to be on her meds for the rest of her life, which slammed into me like a truck. The acceptance that things will always require medication is a difficult one. I struggle with the idea of permanently being on medication from now until the heat death of the universe. Penelope struggles with that too. But she powers through. She keeps taking her meds, and going to therapy. She might be fictional, but if she can do it, so can I.

The show is teetering on the edge of the cancellation void, so first off, go tell Netflix to renew it and also watch if you haven’t watched. Second of all, thank you to Gloria Calderón Kellett for creating such an important character for those of us who are struggling with mental health, and thank you to Justina Machado for portraying her so beautifully. When I find myself in times of trouble, Penelope Alvarez comes to me, speaking words of wisdom: “Take your medication and take care of yourself.”

mental healthOne Day at a Time