The real question is how many blankets are there? 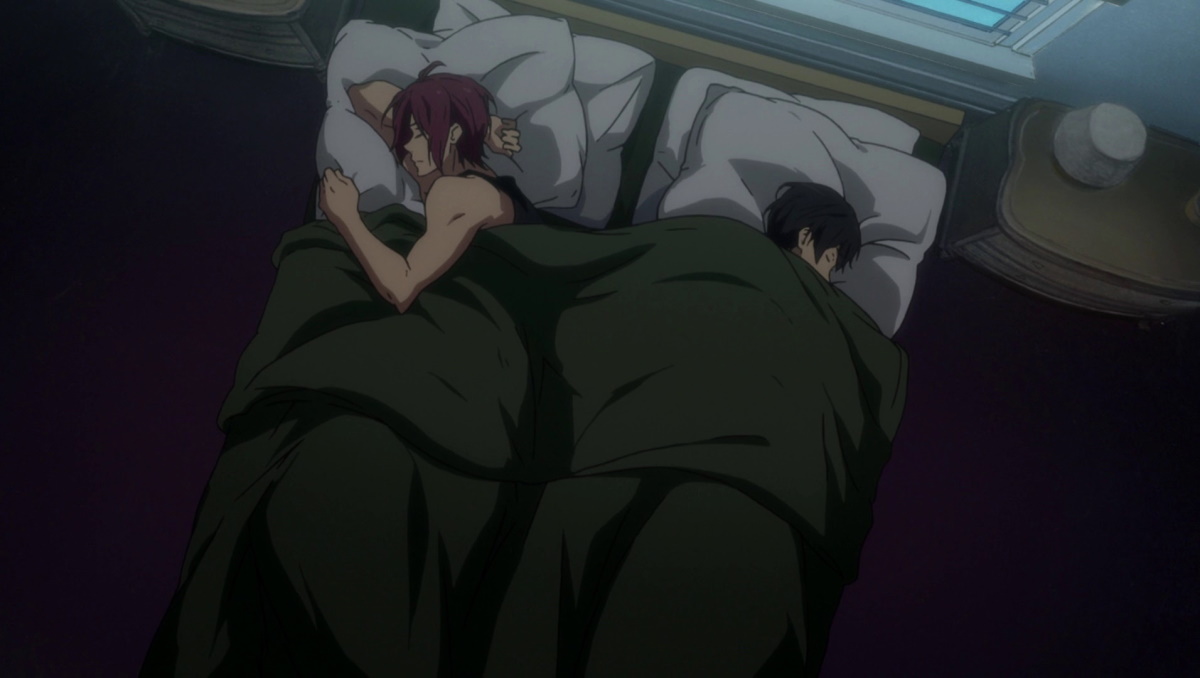 One of my favorite kind of Twitter threads to stumble across are the ones discussing fanfiction and the tropes that define our ao3 accounts. Sometimes, two characters with an incredible amount of tension just so happen to be roommates, and other times, there’s no other choice but to pretend like you’re dating.

In Lit & Knits | Brittney’s case, the trope of choice is the furniture staple, “But there was only one bed.” A fine choice from the romance writer and blogger, if I do say so myself. I too have enjoyed the various ways my favorite characters realize that there’s only one bed to sleep in.

Also? It’s a trope that shows up outside of fic, too.

“It won’t matter once we go to sleep,” one says, which, of course, leads to neither character falling asleep. At least not right away. The two end up sharing an intimate moment (either physically or, in Free! Eternal Summer’s case, the characters have a soft conversation that reveals how much one boy is inspired by the other).

In Lit & Knits | Brittany’s tweet she writes, “I am HELPLESS in the face of the ‘only one bed’ trope,” before asking others to chime in with their favorite fanfic tropes. It’s fun reading everyone’s responses, but then I noticed that the images in the initial tweet did two thinks: 1) reveal how true the trope is, and 2) add a bit more flavor to it.

I am HELPLESS in the face of the “only one bed” trope. What are YOUR faves? pic.twitter.com/EkJWk4Y9MK

In regards to there being only one bed, a Tumblr user named leatherleaves talked about how they’d started working in hospitality. Apparently, having a room with only one bed came up for them a couple of times a week!

“I have guys who come in who are working together on projects in town or passing through who have to literally book the last room I have available for the night and lo and behold – there is only one bed.” According to them, this would lead to the two guys giving each other major side eye before “begrudgingly” taking the room.

Thinking back on the days when my wife and I would travel to conventions on a regular basis for work, we’d have moments where we’d have to find a hotel for the night because 1) we got tired of driving (some trips had us on the road for nearly 20 hours), or 2) the weather suddenly turned into garbage.

We’d stop at a hotel and ask for a room, and a lot of times, were asked if one bed was okay.

It was, of course, because we were together, but it never occurred to me just how often that situation would come up. Not to mention the moments where hotels label the second bed as the uncomfortable pull-out couch in the room (which, by the way, could be an entertaining fic to write, too).

So yeah, there being only one bed isn’t as rare as it sounds. We were right!

And we’ve also been writing in casual mode, as Tumblr user i-hate-this-website revealed a new take on the trope. After going to visit their best friend (who they’d been secretly in love with), they noticed that the couch wasn’t made up the way it usually was when they visited. “She explained that since her new couch was so fancy and pink, I couldn’t possibly sleep on it, and so I needed to sleep in the bed with her. You know, out of necessity. I woke up with her snuggled around me in the middle of the night.”

According to the post, the two started dating, all thanks to there only being one bed. The kicker? The OP’s girlfriend orchestrated the whole thing!

Just the other day, though, I mentioned that if she hadn’t been weird about her fancy couch, I probably never would have life confessed my feelings. AND THEN she stood up, took the cushions off the fancy couch, UNFOLDED IT INTO A HIDE-A-BED, and said “I KNOW.”

THIS GIRL. ORCHESTRATED. BED. SCARCITY. JUST SO SHE COULD MAKE THE “ONLY ONE BED” EXCUSE.

OP offers up the advice of being the one bed you want to see in the world, giving folks a new way to get close to their crush or, at the very least, giving us all new fuel for our fanfics. I can think of a couple of different ships of mine who would do this evolved form of one bedism, probably with some fake dating or, gasp, rivals to lovers mixed in to spice things up.

What’s a fanfic trope that you’ve stayed up way too late reading, more importantly, who in your fave ship is purposely setting up an only one-bed scenario for their secret crush?

Submitted for your approval? These two: 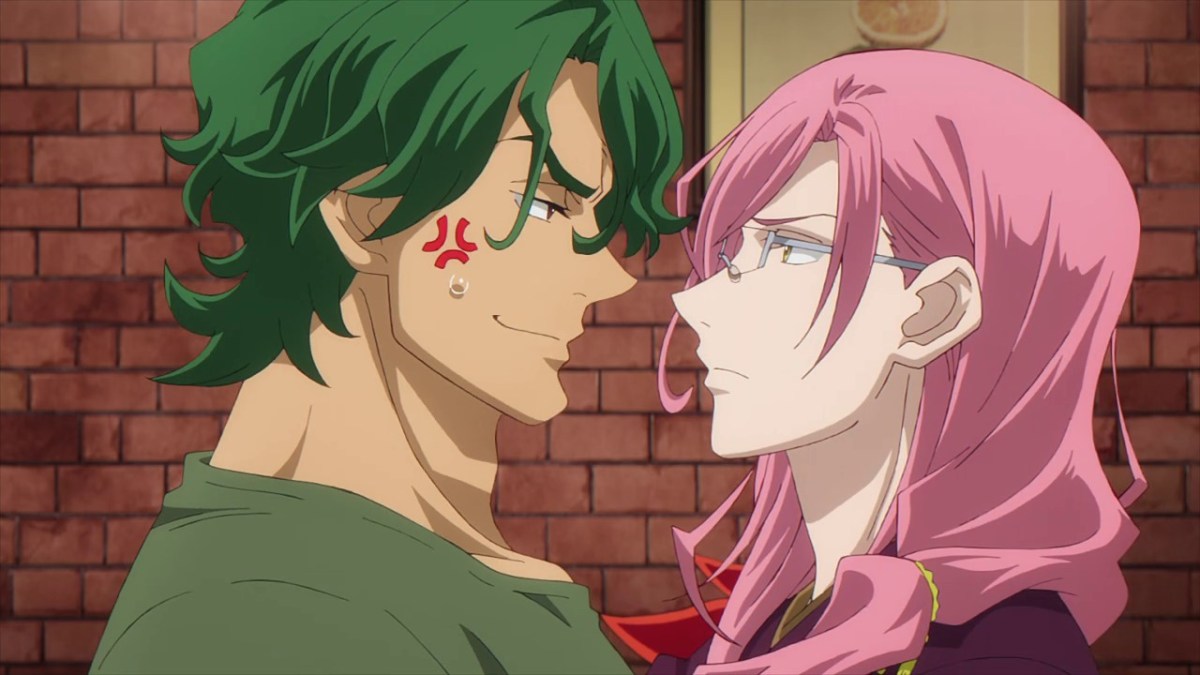