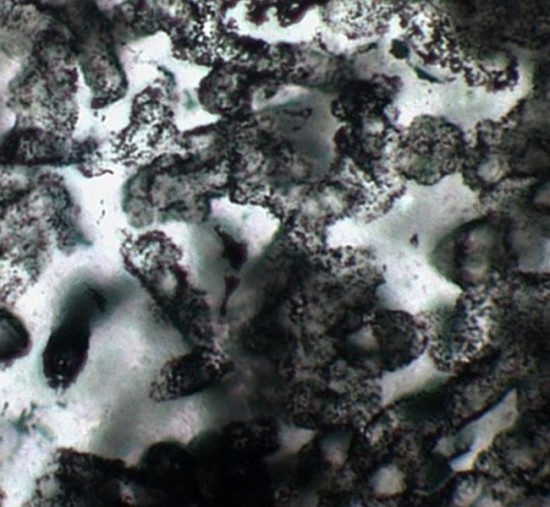 A team led by Oxford’s Martin D. Brasier and University of Western Australia’s David Wacey may have discovered the world’s oldest fossil. If further research supports their work, their discovery of what appears to be a series of cells fossilized in sandstone from the Strelley Pool in Australia would be about 3.4 billion years old.

These microfossils have some implications beyond the title of being the oldest. For instance, according to the NY Times, the dating of the find would show that life started on Earth very quickly after the Late Heavy Bombardment, a rain of meteors that fell on our planet. Furthermore, the team say they found evidence that these cells may have processed sulfur instead of oxygen.

If additional inquiry sustains their findings, the team’s fossils will be the oldest ever found. Sort of. You see, there’s these other fossils that might be the world’s oldest fossils as well.

Those of us who aren’t frequently embroiled in academic disputes may be surprised to learn that there has been something of a war going about the “oldest microfossil” for some time now. Currently, the title for oldest fossil is actually held by University of California’s J. W. Schopf. In 1993, Schopf came forward with his own microfossils which he claimed were 3.465 billion years old — that’s about 65 million years older than Braiser’s find.

However, the legitimacy of Schopf’s 1993 find is under debate, with criticism being led by Braiser himself. Braiser maintains that Schopf’s “fossils” are nothing more than a non-biological process, likely a result of geologic activity. The New York Times notes that the paper submitted to Nature Geoscience does not contain the claim of being the “oldest.”

While vigorous debate has been what drives the legitimacy of the sciences, arguments like these can come across as petty. If you laying aside the titles for a moment, however the important points of the microfossil debate become clearer. What’s at stake is an understanding of some of Earth’s first life, the foundation of the beautiful biotic world we know.

That, and some bragging rights.