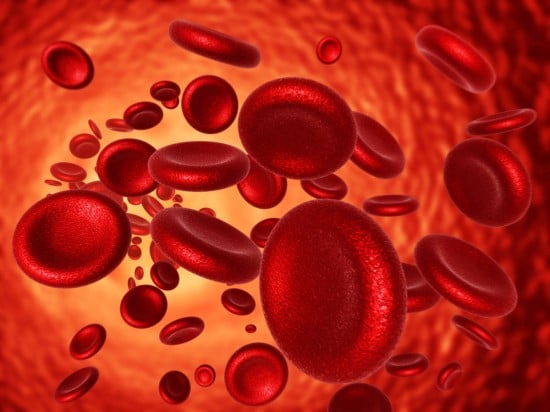 Way back in 1991, Ötzi the Iceman was discovered mummified in the Alps. Although he’s been dead for a good 5,300 years, he’s incredibly well-preserved, which has given researchers unique glimpse into what life might have been like five millenia ago. Recently, Ötzi was found to be lactose intolerant and pre-disposed to heart disease, but that may not be the end of his secrets. Upon very, very close inspection, scientists have now found intact red blood cells in a wound on Ötzi’s shoulder, the oldest known intact red blood cells in existence.

When Ötzi was originally found, his body was thought to be completely devoid of blood. The fact that his blood vessels were completely empty lead researchers to believe that the blood had just decayed away completely. Now, a paper in the Journal of the Royal Society Interface outlines how scientists using  atomic force microscopy were able to find blood residue and fibrin in the Iceman’s shoulder wound including intact red blood cells.

Already the discovery yields some interesting knowledge. The prescense of fibrin, a protein required for clotting, strongly suggests that the Iceman’s death was not exactly swift, and that he managed to soldier on for at least a little bit after taking an arrow in the shoulder. Aside from that, there is plenty to be learned from the ancient blood cells, but that’s going to require a bit more study. Scientists hope that an in-depth examination of the cells’ molecular structure after years of aging and dehydration can be applied to forensic science, improving the accuracy with which we can determine the age of blood that’s not quite as old.

For someone who’s over 5,000 years old, Ötzi is doing a fantastic job of managing to stay relevant. You’d think that this long after his discovery, he’d be out of secrets, but he’s proving to be quite the mysterious fellow. Talk about an enduring legacy.