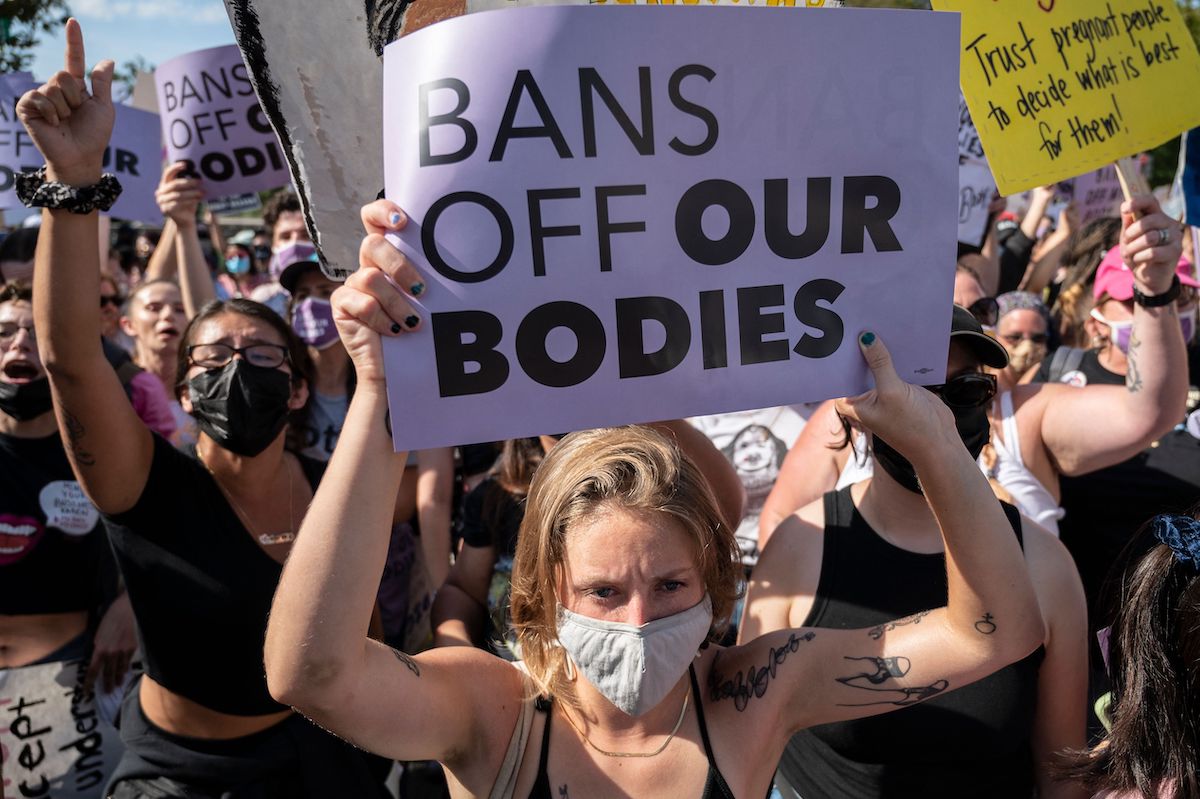 Right on the heels of the Supreme Court’s decision to hear challenges to Texas’ recent extreme abortion ban, Ohio lawmakers introduced their own copycat version on Tuesday.

Like Texas’ SB 8, Ohio’s House Bill 480 deputizes private citizens to enforce the ban instead of the state. By authorizing random people to basically be abortion bounty hunters, Texas was clearly trying to circumvent that pesky Constitution that protects a person’s right to abortion on the technicality that it wouldn’t be the state enforcing it.

As Justice Sonia Sotomayor wrote in her dissent after SCOTUS failed to stop Texas’ law from taking effect, “It cannot be the case that a State can evade federal judicial scrutiny by outsourcing the enforcement of unconstitutional laws to its citizenry.”

It was very clear from the beginning that was exactly what Texas was trying to do with this insidious constitutional workaround. “The State’s gambit worked,” Sotomayor wrote. As she explained:

The legislature fashioned this scheme because federal constitutional challenges to state laws ordinarily are brought against state officers who are in charge of enforcing. By prohibiting state officers from enforcing the act directly and relying instead on citizen bounty hunters, the legislature sought to make it more complicated for federal courts to enjoin the act on a statewide basis.

Taken together, the act is a breathtaking act of defiance – of the constitution, of this court’s precedents, and of the rights of women seeking abortions throughout Texas

This week, a few conservative Justices gave the impression that they might support one of the challenges to Texas’ law—not because they support a right to abortion, but because Texas’ approach is so blatantly unconstitutional.

And yet here we are, already seeing other states following Texas’ lead, presumably so that they’re ready just in case SCOTUS lets Texas’ law stand.

Like Texas’ law, Ohio’s version opens the door to an unending series of civil lawsuits that can be filed against abortion providers or anyone who “aids or abets” a person seeking an abortion, with the promise of a $10,000 reward in statutory damages for successful plaintiffs. It does not require that plaintiff to have any connection to the person seeking an abortion.

Ohio’s bill manages to go even further than Texas’ draconian ban, which bans abortion after about the six-week mark, which is still long before most people know they’re pregnant—effectively a full ban on abortion. But Ohio will allow these suits to be brought against anyone seeking or performing or otherwise aiding an abortion at any time.

Ohio isn’t the only state following Texas’ lead. GOP lawmakers in Kentucky, Arkansas, South Carolina, South Dakota, Louisiana, Oklahoma, and Florida have all either introduced bills that mirror Texas’ to varying degrees or have indicated that they intend to do so.

The week before this latest bill was introduced, the city of Mason, Ohio passed an anti-abortion ordinance, declaring itself a “sanctuary city for the unborn.” Before Texas passed SB 8, a rash of similar ordinances swept the state, with implications going beyond just the act of providing an abortion.

When “sanctuary city” ordinances began to appear in Texas in 2019, they spread first through smaller municipalities that had no abortion providers. This led many to dismiss them as harmless and symbolic. But they weren’t: In addition to sowing fear and stigma, some of the ordinances declared abortion rights groups “criminal organizations” and prohibited them from operating within city limits.

That language was ultimately amended in response to a lawsuit, but the anti-abortion rights implications remain—and as NARAL Pro-Choice Ohio Executive Director Kellie Copeland said in a statement, this new Ohio bill “is especially scary because we’ve already seen terrifying threats against abortion providers in Ohio and this will add fuel to that dangerous fire.”

“Black and other women of color as well as trans and non-binary Ohioans will be most scrutinized and targeted by anti-abortion vigilantes,” Copeland said. “The forces behind these bans are misogynistic, racist, homophobic, and transphobic. This is hatred in legal code form.”