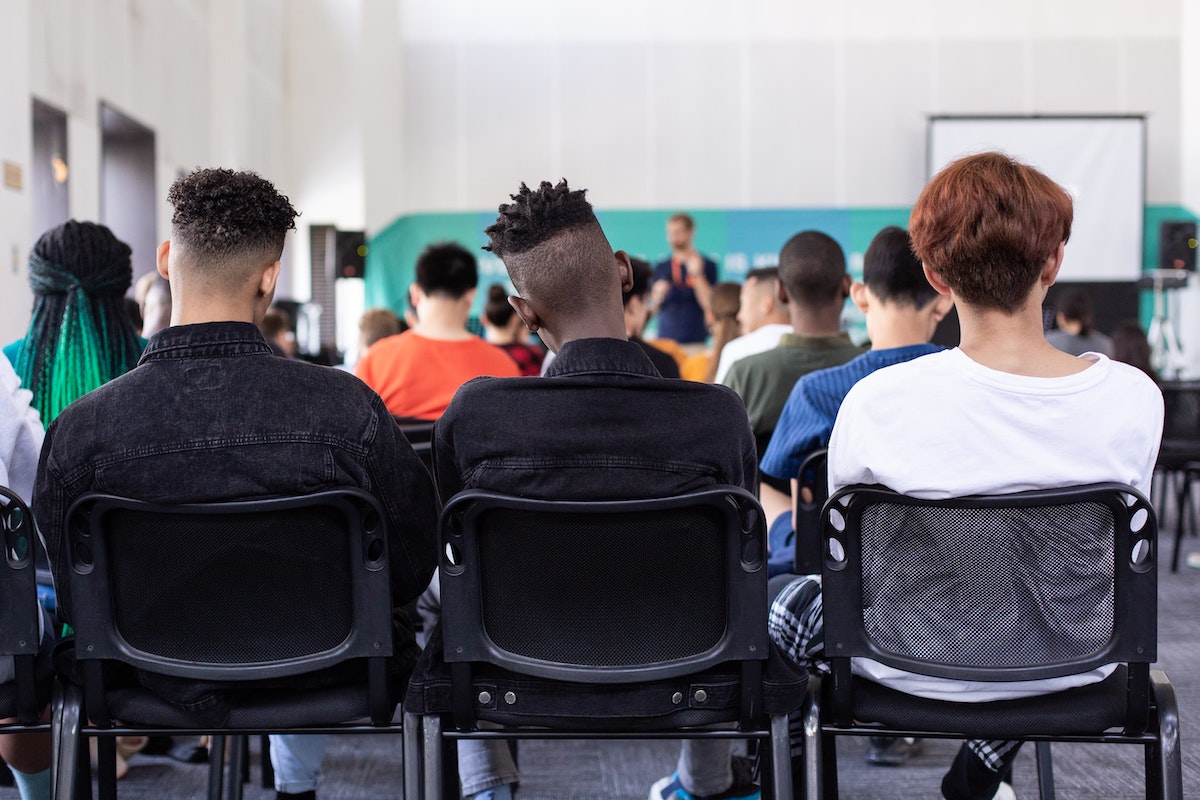 An Ohio public school’s 10th-grade history class was assigned videos from the rightwing nonprofit/YouTube channel PragerU, short for Prager University, despite the fact that it is not, in fact, a university of any sort. The site is the home of professional bigots like Ben Shapiro, Jordan Peterson, Charlie Kirk, and Candace Owens. I wouldn’t recommend watching any of their videos but here’s a taste of the kind of content they offer:

Imagining all the stunning intellectual rigor happening once PragerU tries to introduce their content into high schools pic.twitter.com/LlxN7j2mMm

Yup, and according to a disturbing report from HuffPost, that’s the kind of message now being sent to some students, along with all sorts of other racist, misogynistic, classist, Islamaphobic content. They have videos on how the police are not racist, the gender wage gap doesn’t exist, the war on Christmas is real, the Civil War wasn’t about slavery, and so much more.

Lewis was immediately alarmed when she started her extra credit assignment last week. The assignment asked her to watch PragerU videos and then answer questions about how the videos challenged her beliefs. She had hoped to use the assignment to tack on a few extra points to her grade after taking a test on which she suspected she performed poorly, but after seeing the videos, the teen didn’t think she could complete the homework.

Cutway, Lewis’ mother, was similarly shocked when her daughter showed her the assignment. She immediately fired off an email to the school’s principal asking who approved the assignment and whether or not students had been given any context for PragerU’s point of view.

“Cutway’s concern was less for her daughter, whom she sees as politically savvy enough to recognize that the site’s videos were one-sided. But she worried about other students, who may be learning about some of these issues for the first time and assume the videos are presenting facts rather than opinions,” writes Klein. “She immediately pulled her daughter from the class.”

Initially, school administrators met with Lewis and Cutway about their PragerU concerns and together, they came to the “solution” that “the student could also include viewpoints from the opposite side,” according to Cutway, which she notes ignores the larger issue that those administrators don’t seem to see any problem with assigning PragerU’s videos in the first place. District leaders later had a change of heart and removed the material from the syllabus (after HuffPost reached out–a coincidence, I’m sure), but stopped short of condemning the Prager content.

A well-worn conservative talking point is that colleges and universities are indoctrinating young minds in a liberal worldview. I guess PragerU’s solution was to flood even younger minds with actual hardcore propaganda, because the site has taken a dedicated interest in creating K-12 content. They’re even making study guides!

Prager now has a program called PREP that 2,000 parents and educators have signed up for, according to an email the site’s chief marketing officer sent to HuffPost.

PragerU started the PREP program in response to COVID-19-related school shutdowns, which “forced us to take a closer look at what is being taught and not taught across the country,” said Adrienne Johnson, PragerU’s chief of staff and lead of the PREP platform, in a video interview with conservative news channel One America News Network. “America is not being fairly portrayed. Many schools are implementing anti-racist Black Lives Matter curriculum and The 1619 Project.”

Yes, the argument behind PREP is that they want to portray America more “fairly.” And the content they specifically want to balance out is “anti-racist” curricula. We do know what balances out anti-racism, right? (It’s racism, the answer is racism.)

Donald Trump and other conservatives have taken aim at the 1619 Project recently, which seeks to redefine the birth of America as being the year the first slave ships arrived on our shores, and examine what our history would look like if taught through that lens. There has been some fiery discussion amongst historians regarding the framing and certain elements of accuracy in the Pulitzer Prize-winning curriculum, which is to be expected because history is multi-faceted and controversial.

The conservative, far-right response is something different. It is reactionary and defensive and designed to maintain a sense of white innocence at the expense of reality. The fact that their solution to their discomfort around the history of slavery is to make teenagers watch videos about how racism isn’t real is all the proof of that we need.