Which is wrong, because in actuality, the Internet is a giant strip club. Everyone knows that. 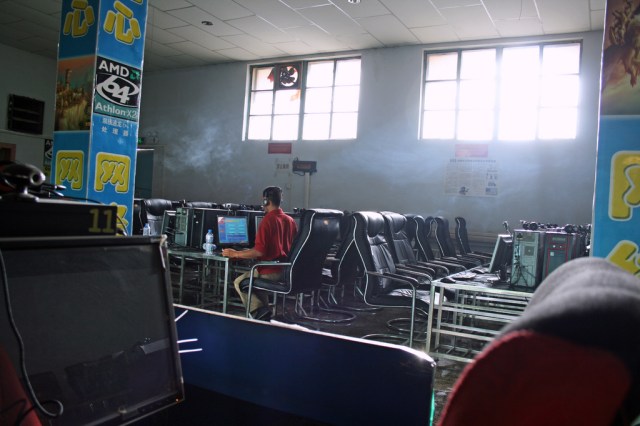 Nobody’s going to deny that Internet cafes are pretty awful. You’re usually stuck paying 50¢ a minute to wait for Internet Explorer to load on Windows 98 just to view something that most people can access on their phones in about 40 seconds, which is the polar opposite of fun. But the Senate of Ohio seems to hate them more than anyone thought possible, because last week a bill that completely bans Internet cafes in the state passed by an overwhelming majority.

In the mixed-up world of Ohio, however, Internet cafes are not the outdated PC receptacles that they are everywhere else. They are instead, according to Cayuga County Prosecutor Timothy J. McGinty, “illegal, unregulated, corner gambling parlors [that] have been making tens of millions of dollars by swindling their poor, elderly, and vulnerable slot players.”

It’s true that some institutions which operate like Internet cafes have these little computer games embedded into their software that offer the chance to win cash prizes. These are actually called “sweepstakes cafes” or “sweepstakes parlors,” and they are not the same thing as Internet cafes. Rather than make the distinction between these and perfectly legal Internet cafes, however, Ohio has decided to scrap the whole thing by making any form of Internet cafe illegal and killing up to 6,000 jobs across the state in the process. Hooray?

Cafe owners are seeking a referendum against the bill, but given that most of Ohio’s residents have much better Internet access at home, it’s probably going to be tough to get a voter-led initiative passed. The moratorium on Internet cafes will continue through 2014 under the bill’s provisions, so maybe that’s when Ohio will figure out how to do Internet cafes right — and by “right,” of course, we still mean “totally useless unless your phone is dead or you need to print something out.”

(via Uproxx, image via Tom Thai)