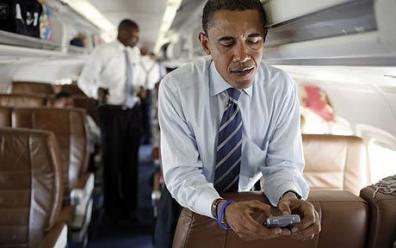 As a part of the White House 2.0 project, President Obama will be holding the nation’s first Twitter Town Hall meeting on July 6th. Responses will come from the, miraculously available, @townhall Twitter account which has been set up for this particular purpose. You and your fellow Americans can ask questions through the use of the #AskObama hashtag. Twitter has even whipped up a little webpage to publicize the event, specifying that Obama will answer your questions about the economy and jobs, presumably ignoring the more irrelevant questions that are sure to pop up. This is, after all, the internet.

President Obama used Facebook for a similar event in the past, and this Twitter Town Hall shows a certain amount of persistent dedication to the whole White House 2.0 project. In addition, just last week Obama started tweeting from his @BarakObama account (someone has to be saving these names for the government). Unfortunately, there have yet to be any tweets about what he ate for dinner or what’s on TV, you know, the usual things to tweet about. For as much sense as it makes, it feels weird to see the President on social networking sites, but with 2012 looming, it’s a good time to get back in touch with those youth voters. Good luck sir, but I won’t be impressed until I start seeing some snarky, real-time Twitter commentary about an awards show. Or some juicy executive branch gossip.