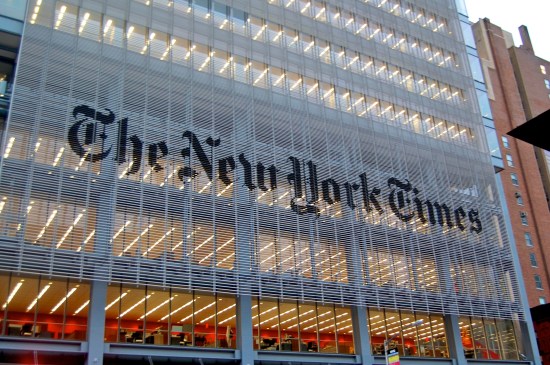 New York Times publisher Arthur Ochs Sulzberger Jr. provided some information about the media giant’s new subscription service that will place much of the newspaper’s digital content behind a paywall. The new rules go into effect today in Canada, in order to test the system, and on March 28 globally.

The new subscription plan is being offered in a tiered system, with limitations being placed on the paper’s popular smartphone and tablet apps. The highest level, $35 per month,  grants users full site access on all devices and on all apps. The cheapest plan will cost $15, giving users full access to the site, and full access through smartphone apps.

E-reader subscriptions, like those offered for the Kindle, are not currently included in the plan and must be purchased separately. The Apple iPad will also be the only tablet supported at launch.

But mooching, nonpaying users will not be left out in the cold. They can read up to 20 articles per month, and always be able to browse the NYT homepage. All articles and other content will count toward users’ monthly limit, however. Nonpaying NYT app users will be able to view all the Top News articles without limit. All other sections will require subscription.

Also, every reader will still be able to read entire articles that they receive through services like Twitter and Facebook, similar to how Rupert Murdoch’s The Daily operates. These will not count towards the 20 free articles per month. Nonpaying users can still read articles found through search engines, up to a limit. All Things Digital reports that the limit on Google discoveries will be five per day, and insinuates that users can circumvent the limit by using the Bing search engine.

For those looking to buy-in on the cheap, there may be a few options to reduce your cost. The NYT promises that discounts will be made available upon launch and for qualifying university students and faculty. Also, the All Things Digital blog points out that because print subscribers receive full access to digital content, purchasing a print subscription may be a cheaper option depending on your geographic region.

Subscriptions to the new service will be sold through the NYT website, but also through iTunes as part of Apple’s new subscription plan. It is the first major publisher to do so. While the NYT will sacrifice 30% of their earnings on these subscriptions to Apple, it’s likely to provide access to a large market of smartphone and tablet users in addition to an established payment system.

The new system suggests an attempt to balance the sales of subscriptions against keeping their content accessible, which is likely to ease transition. But for online news consumers, which is just about everyone at this point, this is sort of “end of an era” moment, even if a mild one. We’ll see you on the other side.