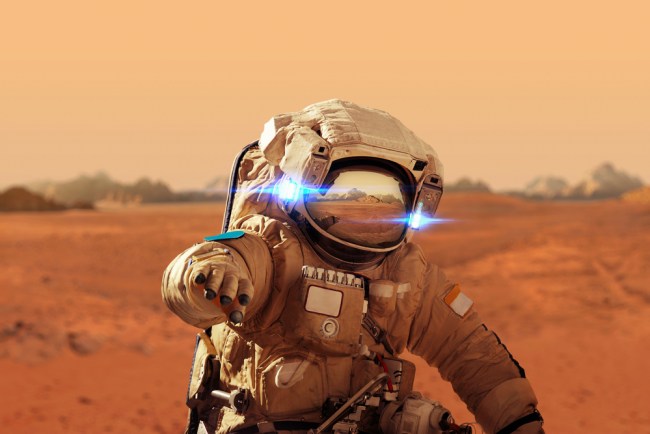 Aldrin, who became the second man to walk on the moon in 1969, seems like a natural choice for a show about “Life on Mars.” He has publicly advocated for manned missions to Mars, writing, “Our Earth isn’t the only world for us anymore,” and “In my view, US resources are better spent on moving toward establishing a human presence on Mars. I envision a comprehensive plan that would lead to permanent human settlement on Mars in the next 25 years.”

At 39, Aldrin walked the moon; at 87, New York Fashion Week. He said that walking the catwalk “was as easy as walking on the moon.”

Nye was in pretty classic Science Guy form; he wore a bowtie down the runway, and he also hosted/narrated the show.

At the conclusion of the show, Graham, Nye and Aldrin all did their best “alien” impression. You can see that Nye went for a Vulcan salute, Graham struck a pose, and Aldrin looks ready to disco.