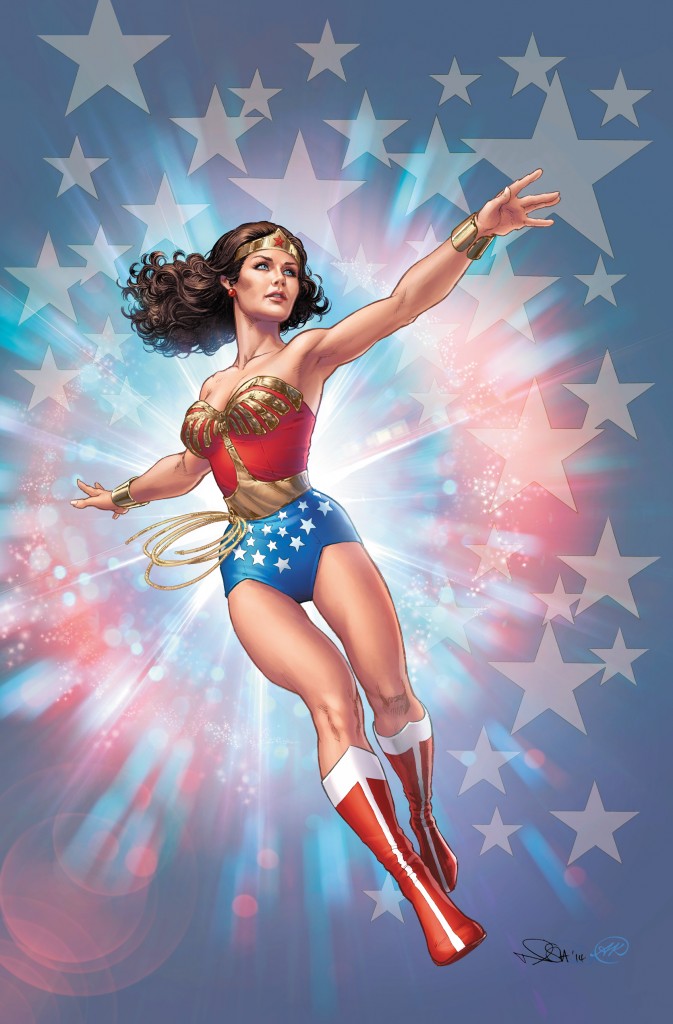 Get ready to twirl – DC Comics have just announced another Wonder Woman series!

Announced at their DC DIGITAL: DOWNLOAD THIS! panel today at New York Comic Con, the series follows in the footsteps of the Batman ’66 title which took its inspiration from the 1960s television show. Here’s the official word from DC:

On the heels of the SENSATION COMICS FEATURING WONDER WOMAN launch will be WONDER WOMAN ’77, a new series based on the popular 1970s television show starring Lynda Carter. The series will be written by Marc Andreyko with several covers drawn by Nicola Scott. Additional artists for the project will be named in the coming weeks. WONDER WOMAN ’77 will debut digitally in December with six consecutive weekly chapters. These will be collected in two print issues to be released early in 2015. The series will then resume in the spring and appear periodically throughout the year.

Are you as excited as I am??