Report: Nintendo’s NX Is a Portable Console That Can Also Plug Into Your TV 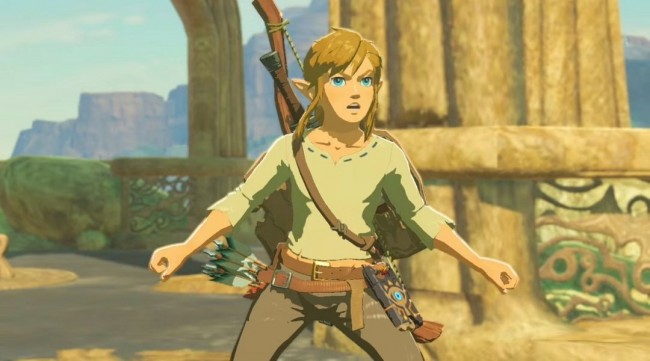 Despite an E3 2015 announcement that the NX would have to wait until E3 2016 to get its time in the sun, we still know barely anything about Nintendo’s upcoming console now that this year’s E3 has passed. With Nintendo running out of time to make an announcement before the console’s expected spring 2017 launch, insider reports have now slipped out to shed a little light on what’s coming.

Eurogamer cites “a number of sources” that have spilled some NX details to them as confirming—among other things—one of the biggest rumors about the Big N’s new hardware: It’s a portable/home console hybrid. Execs at Nintendo have talked in the past about how the NX would be a big departure from the Wii U, but that kind of hybrid system actually seems like the next logical step after the Wii U introduced the “GamePad” controller and its limited portable functionality.

According to Eurogamer, where the Wii U is a TV-bound console first with a GamePad that can also be used to play games off of the big screen while in range of the base unit, the NX will be a true portable that can also be plugged into the TV for big-screen gaming while at home. It’ll have physical controls on either side of its built-in screen, and those “controller sections” can be detached (as in this mockup) when the console is plugged into its base station in order to play on a TV. (No word on whether the screen supports touch-based input, but I wouldn’t doubt it.)

They also claim that the rumor that the NX will use cartridges instead of disc-based media is also true. That one’s gained steam since the upcoming The Legend of Zelda: Breath of the Wild’s trademark filing differed from Nintendo’s usual wording to include cartridge-based games. Aside from Zelda, though, it’s still unknown just what those games may be. Rumors have floated around that the NX will see Wii U game ports—notably Smash Bros. and Splatoon—which would make sense, considering that the Wii U has some great games that have been held back by the hardware’s poor sales. However, cartridges rule out direct backwards compatibility with the Wii U, making actual ports necessary.

It’s possible that some or all of this information could be off the mark, but with time for Nintendo to make its own announcement dwindling (Eurogamer pegs that for September) and Eurogamer reporting multiple source confirmation, it’s likely that we’ve now got a pretty good idea of what to expect.