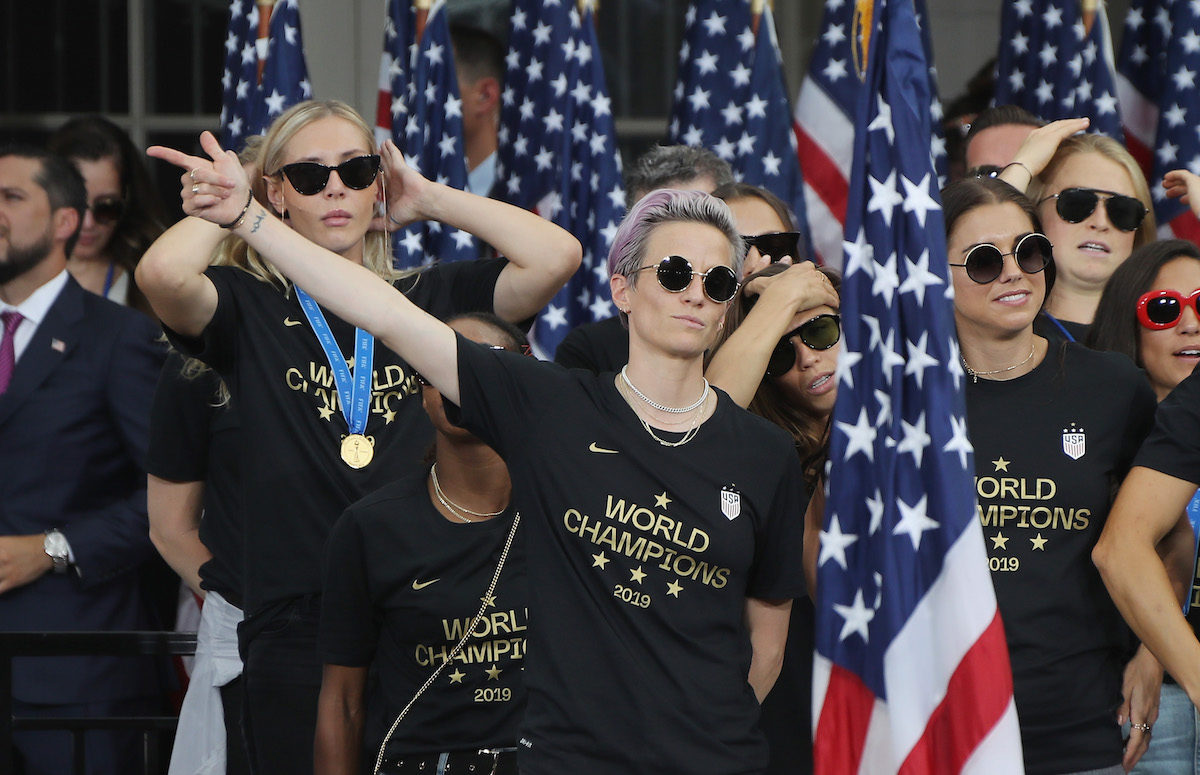 Since coming away from the World Cup undefeated, the issue of equal pay for the National Women’s Soccer League has become a national conversation. In March, the team filed a class action lawsuit against the US Soccer Federation for “institutionalized gender discrimination” and agreed to enter into closed-door mediation talks, beginning yesterday. Those talks, it turns out, did not go well.

“When they’re ready to have a serious conversation about equal pay I think conversations will go better,” says U.S. Women’s Soccer team captain @mPinoe after talks of equal pay with U.S. Soccer break down. pic.twitter.com/xNM5YM3FeG

NWSL stars Megan Rapinoe and Christen Press appeared on the Today Show Thursday morning and from the way they describe the meeting, the conversation ended almost immediately. When asked if there was a particular “sticking point” that got in the way of negotiating, Press said it was just “the concept of paying us equally” and that US Soccer “never even got past that.”

“When they’re ready to have a serious conversation about equal pay I think conversations will go better,” said Rapinoe. “We didn’t feel like they were there or willing to get there.”

In the months leading up to and around the World Cup, the USSF held back from commenting publicly on the lawsuit. According to the New York Times, “Instead, the federation poured millions of dollars into World Cup preparations and operations, including a private jet to ferry the players home from Europe to their victory parade in New York.”

But the conversation was still front and center as the women dominated the Cup, both in terms of wins and ratings.

If the USSF was aiming for good optics in not launching a public fight against women calling out gender discrimination, they really missed the mark when they recently hired lobbyists to argue that the women’s team isn’t underpaid, or when corporations started donating money as a bandaid for an institutional problem.

So it’s not surprising to hear that the USSF wasn’t open to having a real conversation about pay equality. It sounds like they entered into these discussions in bad faith and unwilling to truly consider the possibility of negotiating a pay structure that would compensate the women’s and men’s teams equally based on performance.

(For their part, US Soccer blames the women for the breakdown in negotiations, sying they “took an aggressive and ultimately unproductive approach that follows months of presenting misleading information to the public in an effort to perpetuate confusion.”)

Since mediation talks broke down so quickly, there’s now a strong likelihood that the issue goes to a jury trial. I’m guessing no one wants to go through that sort of ordeal, but given the extreme support these women have earned over the last few months, it seems like the public nature of a trial could work in their favor.