I Can’t Think of a Better February Comic Release Than DC’s Nubia: Real One

“Can you be a hero … if society doesn’t see you as a person?”

Have you ever read a sentence in a synopsis that’s an immediate punch to the gut? Who gave DC Comics’ Nubia: Real One the right to come at me like this. Written by acclaimed YA author L. L. McKinney (A Blade So Black) and artist Robyn Smith (Wash Day), the story centers on the titular character having all the capabilities and desire to help others as Wonder Woman does, only she’s met with disdain. 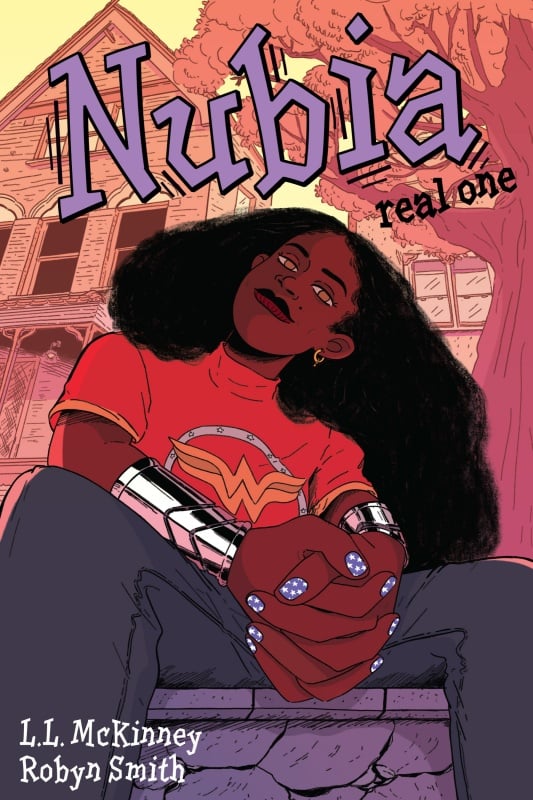 Nubia has always been a little bit…different. As a baby she showcased Amazonian strength by pushing over a tree to rescue her neighbor’s cat. But despite Nubia’s similar abilities, the world has no problem telling her that she’s no Wonder Woman. And even if she were, they wouldn’t want her. Every time she comes to the rescue, she’s reminded of how people see her: as a threat. Her moms do their best to keep her safe, but Nubia can’t deny the fire within her, even if she’s a little awkward about it sometimes. Even if it means people assume the worst. When Nubia’s best friend, Quisha, is threatened by a boy who thinks he owns the town, Nubia will risk it all—her safety, her home, and her crush on that cute kid in English class—to become the hero society tells her she isn’t.

I’m coming at this as someone who isn’t familiar with the character beyond being told, “Hey, so, Wonder Woman has a Black twin sister.” And that, in and of itself, is kinda a problem. Nubia hasn’t been explored nearly as much as her Amazonian sister, as explained by our Princess Weekes, who expresses excitement at this graphic novel focusing on Nubia’s development into her own kind of Wonder Woman.

Wonder Woman meets The Hate U Give in DC Comic’s latest graphic novel, Nubia: Real One.

Available 2/23, treat yourself or someone else this #BlackHistoryMonth. Pre-order now!https://t.co/aosLcTuRQGhttps://t.co/m30TuiDPfuhttps://t.co/tkKNKAVYPk pic.twitter.com/f3MiaJDRDs

I’m in full agreement with that anticipation. And it’s not just because I get to see “Black Wonder Woman” in action, it’s because, right off the bat, from the preview images alone, I can tell that McKinney and Smith are working to make Nubia into a full character instead of just “Black Wonder Woman.” 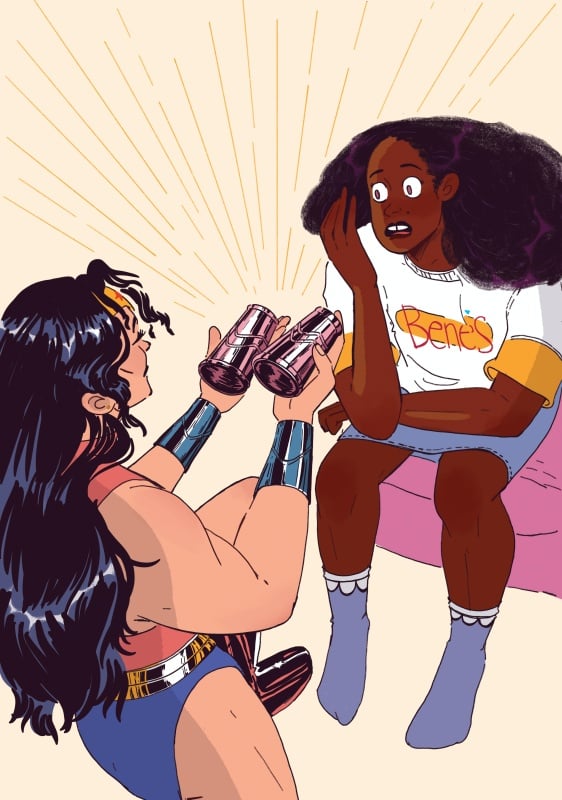 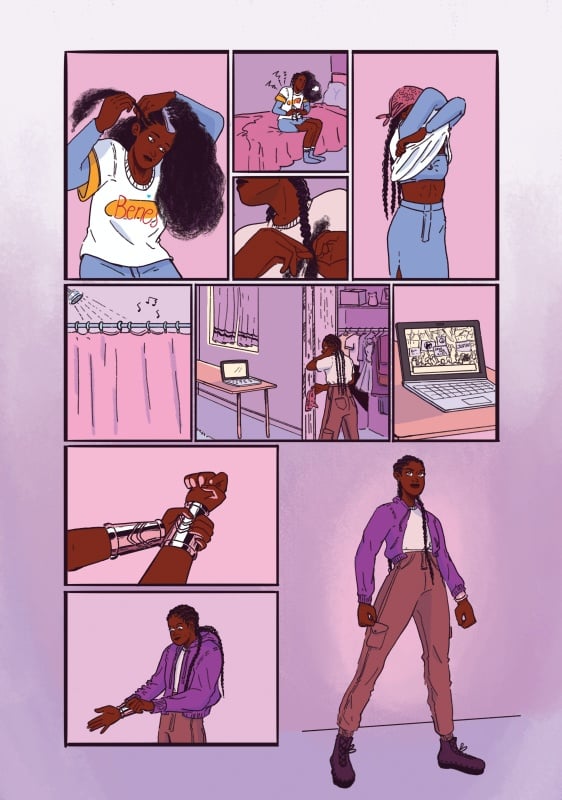 Like … what’s she’s singing when she’s in the shower? What’s she streaming on her laptop?

How’d she braid her hair so damn fast?!

They’re also illustrating something that I think some creators don’t think about when trying to add diversity into their story: the narrative is going to differ when your main character is a marginalized person.

The fact that Nubia is a Black girl is going to play a major part in how she’s treated, even if she’s trying to help. Not everyone is gonna want her around, yet she knows that she’s needed. This is something that Black girls deal with all the time. We know the hatred that we’re gonna face, but despite that, we’re usually the first ones to put our necks on the line for the sake of others. People praise this about us, too, even expect us to show up (which is the vibe I get since Nubia is given those iconic bracelets), while simultaneously devaluing us, especially if we point out the way we’re treated and how society pulls us in multiple directions.

It’s not just the synopsis that tells me that this is going to be addressed, but Smith’s painfully relatable art. 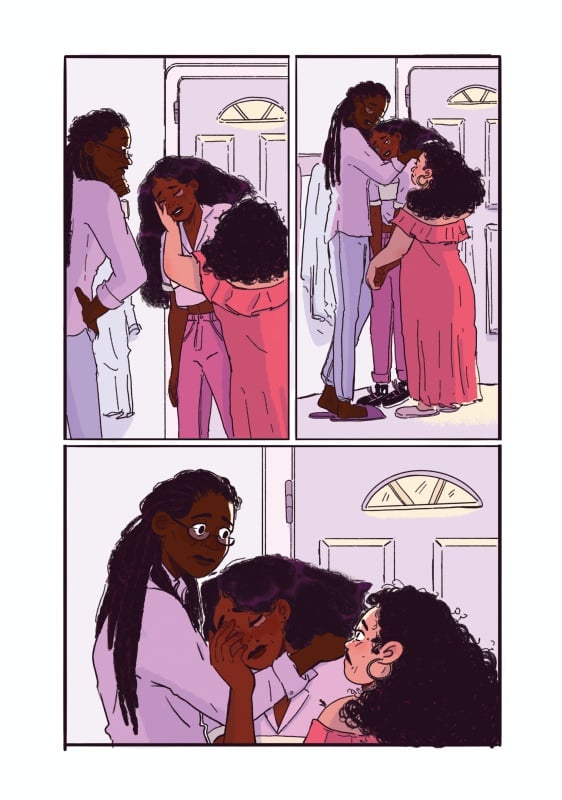 However, I’m happy to see that this isn’t gonna solely focus on the hardships. That’s something else that needs to be a part of our stories. Yes, society can be (and is) cruel to us, but because of that, we try and find spaces where we can be ourselves. It’s clear that McKinney and Smith are aware of this, as illustrated in images like this one.

We’re gonna have plenty of Black girl joy to embrace which, yes, more of this, please. 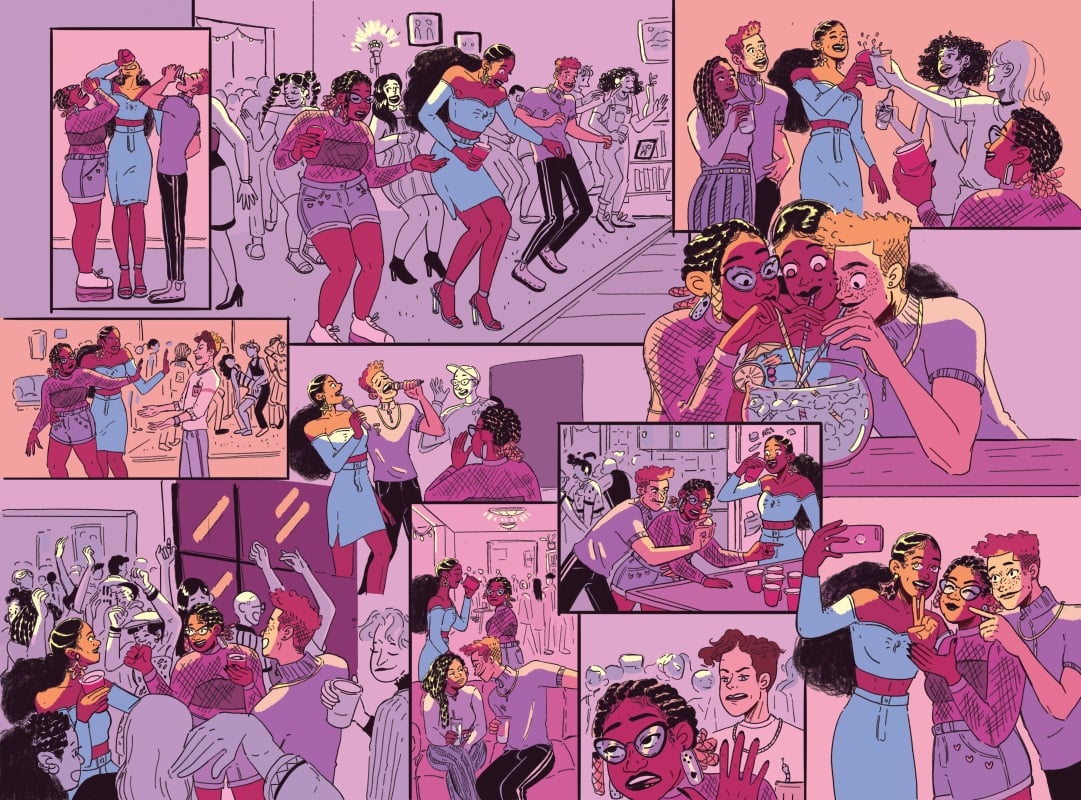 Nubia: Real One will be released on February 23rd and I can’t wait to add it to my growing comic collection!