NTSB Bails On Blackberries For iPhones | The Mary Sue

National Transportation Safety Board Ditches Blackberries For iPhones, Hurtles Into 2008 Full Speed Ahead 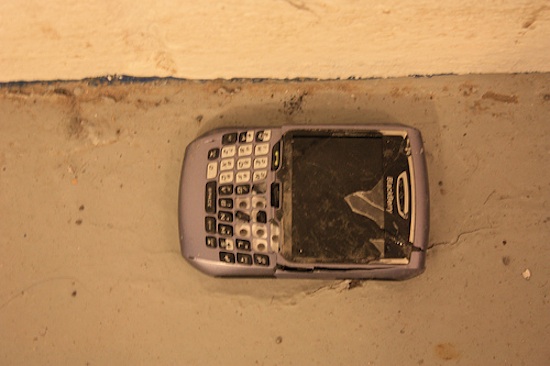 The National Transportation Safety Board (NTSB) is the latest entity to jettison the Blackberry phones it has issued to employees for years, reminding people everywhere that RIM’s increasingly maligned mobile devices are, in fact, still things that exist — for the time being, anyway. For those of you still interested enough to be operating doomsday clocks for the company, you can safely move them a couple of minutes closer to midnight.

As  to why they were changing phone plans, the NTSB expressed concerns about the reliability of service their agents in the field were getting from their Blackberries, and apparently found the consistency of that service wanting. From a statement on the matter issued by the NTSB:

The NTSB requires effective, reliable and stable communication capabilities to carry out its primary investigative mission and to ensure employee safety in remote locations.

From here on out, NTSB employees will be issued iPhones, simultaneously increasing their reliability in the field and and dramatically driving up the quantity of Angry Birds they play in hotel rooms.

RIM, meanwhile plans on releasing its newest operating system at the end of January. While the new OS is designed to bring Blackberry back to relevance and make it a competitor in the market it arguably invented once again, just making it to the end of January as a functioning company is looking more and more like overly optimistic thinking with pretty much every passing day.