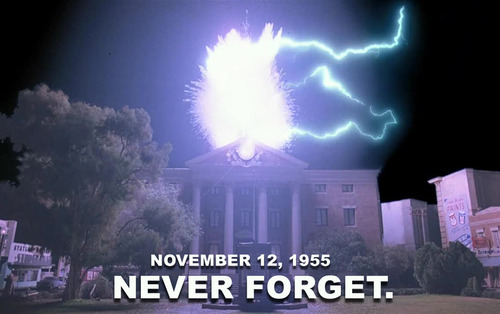 At 10:04pm on this day in 1955, the courthouse clock tower in Hill Valley, California was struck by lightning; it hasn’t rung since.

Other events of the day: George McFly punched Biff Tannen in the face and kissed Loraine Baines for the first time, and a mysterious young man named Marty played “Johnny B. Goode” at the Enchantment Under the Sea Dance, thus inventing rock n’roll.