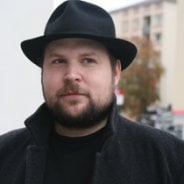 As we speak, the mind behind Minecraft is hard at work on a new game, and he has only 48 hours to finish it. As announced on his Twitter feed, Notch (aka. Markus Persson) is livestreaming his work on a new game as part of Ludum Dare, an accelerated game development event. To participate, coders have to complete a playable game from scratch in a weekend. Thanks to the miracle of modern technology, you can watch too!

Now, watching over someone’s shoulder while they write code may sound boring — I’d be lying if I said it was a thrill-a-minute experience. That said, it’s pretty amazing to watch a developer as talented as Notch work his magic. Also, Notch seems to talk while he works, occasionally explaining what he’s doing and giving little hints and tricks along the way. For those in the audience interested in game development, it could be a good chance to learn from the master.

UPDATE: Stream has been moved here.