There Are Fewer Women On Corporate Boards Then There are Men Named John, Robert, William or James 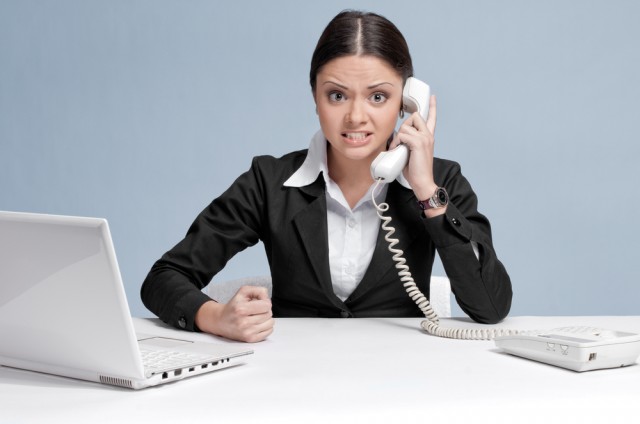 You know you have a problem with gender diversity when you can start dividing your number of men by their names and there’s still more of them than there are women of any name.

A new report on diversity by Ernst & Young Global Limited looked at gender in the board rooms of major S&P 1500 companies across the United States. Obviously you don’t need a study to tell you that the results were going to be overwhelmingly skewed towards male board members, but that didn’t prepare us for this nugget of information: at there are more men named John, James, William, and Robert who hold board seats than there are women combined. Not by much, granted, but it really drives the point home, doesn’t it? 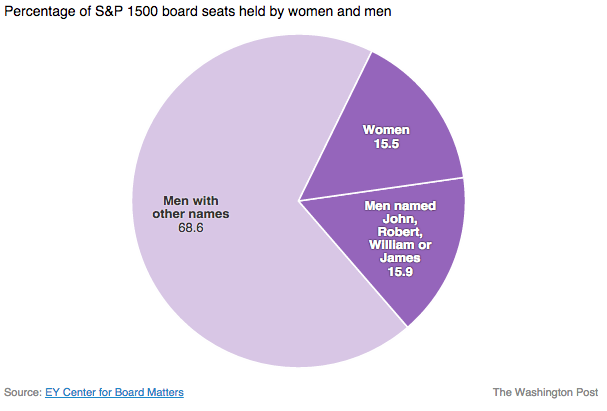 Fortunately things are changing—women make up 23% of new board members in 2014 compared to 18% in 2013 (though it’s worth noting that this has not been a consistent increase over the years), and companies with larger boards—more than 12 members—usually have at least one woman on them. But considering that most boards only hire more women when they’re expanding and not to replace lost members, and the amount of women on boards has only increased 5% over the past decade (16% in 2014 compared to 11% in 2006), we still have a long way to go.

“The pace of change is absolutely glacial,” Karyn Twaronite, the firm’s global diversity and inclusion officer, told The Washington Post. “The idea that we can essentially pick out four common men’s names, at random, and find this shows there’s a long way to go.”

Some more fun facts from Ernst & Young’s findings: almost half of all board seats are held by members with 10 years tenure or longer, and 88% of those members are men; companies that have an overwhelming majority of men in their boardroom are much more likely to remain stagnant and not take in or lose any members from year to year; and companies that are led by women are much more likely to have more women in non-CEO executive positions.

(via Jezebel, image via Aleksandr Markin on Shutterstock)