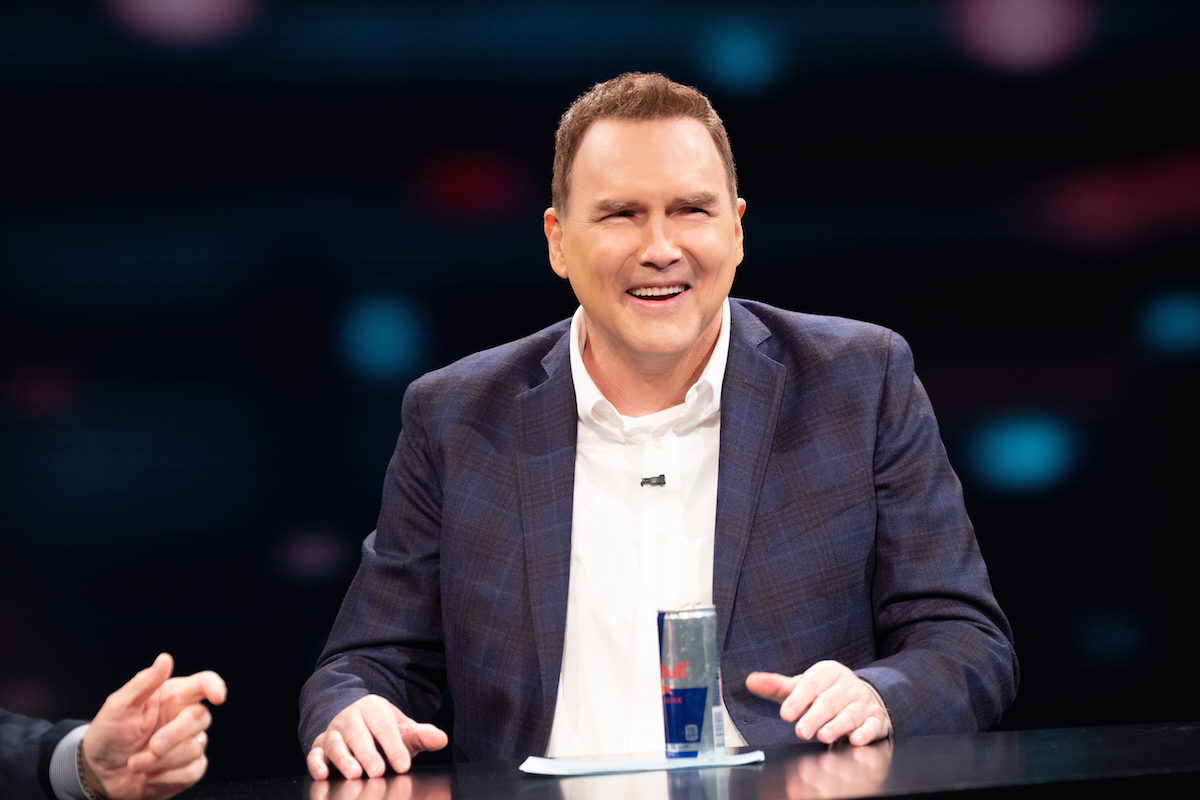 Norm Macdonald has a new show coming to Netflix this week, which I guess is enough of a reason for major media outlets to ask his opinion on current issues, even though said show is going to be distinctly non-topical. As for whether you’ll actually want to hear those opinions, that’s up to you, but as a warning, they’re probably even worse than you’re expecting.

In an interview with The Hollywood Reporter, Macdonald says that he recently reached out to both Louis C.K. and Roseanne Barr and put them in touch with one another. Following her firing from ABC, Barr was “just so broken and just crying constantly.” So she and C.K. had a “good conversation” and Macdonald said they “were just giving any advice you could give to each other. There would be no way for me to even understand that advice, because who has ever gone through such a thing? All their work in their entire life being wiped out in a single day, a moment.”

“There are very few people that have gone through what they have, losing everything in a day,” he said. “Of course, people will go, ‘What about the victims?’ But you know what? The victims didn’t have to go through that.”

“I’m happy the #MeToo movement has slowed down a little bit,” he said. “It used to be, ‘One hundred women can’t be lying.’ And then it became, ‘One woman can’t lie.’ And that became, ‘I believe all women.’ And then you’re like, ‘What?’ Like, that Chris Hardwick guy I really thought got the blunt end of the stick there.”

Where to even start with that? Maybe that it shouldn’t take 100 women to bring down a serial sexual predator. Or that no one is saying women can’t lie but that in general, there is nothing to be gained from making a false accusation and much to lose by speaking out against any man, especially one with clout in your shared industry, and that statistically, false accusations are extremely rare so maybe let’s give women the benefit of the doubt before we assume they’re lying. Also, Chris Hardwick is doing just fine, so I don’t know what “stick” we’re even talking about.

Macdonald is operating from that victim-blaming perspective of somehow believing that because so many more women and other survivors are now talking about their experiences with abuse, they must be the cause of that increase in abuse. Except there has been no increase in abuse, only an increase in survivors talking about the experiences they’ve had. The abuse has always been there and for men like Macdonald to treat victims like they are the problem only means they were happier when the issue wasn’t being discussed. It did not mean the issue wasn’t a problem, it just wasn’t their problem, and they miss that.

It’s a perspective that’s backed up by the author of the profile, Seth Abramovitch, who describes C.K.’s career as being “derailed by #MeToo,” rather than by his own actions, which were known about in the comedy world for years and which he himself has admitted to.

<clears throat, gets on soapbox>

But again, if you’re wondering if Norm Macdonald’s opinions are worth listening to in the first place, he also admits in the interview that he didn’t really believe racism was a problem (because Obama) until he watched Sacha Baron Cohen’s new show.

Norm Macdonald also said he didn’t know that racism existed until Sasha Baron Cohen’s show premiered this year. So maybe we should just… not listen to him? He seems not super well informed. Hard to make observational humor when you’re not like… observing.

He also says that he hasn’t seen Hannah Gadsby’s brilliant stand-up special Nanette, and then proceeds to talk about why it’s not actually comedy.

The state of comedy in 2018: Norm Macdonald acknowledging he hasn’t seen Hannah Gadsby’s “Nanette” and proceeding to criticize it anyway. https://t.co/ePKNie7fSJ pic.twitter.com/vgXWk5utrI

And, finally, it didn’t come up in this interview, but it’s always worth remembering that time Macdonald said he wouldn’t do Weekend Update with “a fucking lady.”

Remember when Norm admitted he threatened to walk away from Weekend Update if they made him do it with a woman? pic.twitter.com/LmakL7IgGa

Anyway, good luck with your show Norm Macdonald. Your press tour sure is off to a hell of a start.

Norm MacDonald is going to pull off the impressive feat of getting fired from his Netflix show DURING the press tour for it. https://t.co/qd0bTYtu3Y