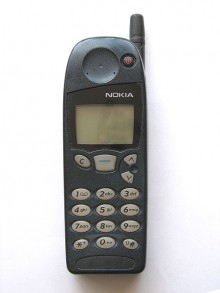 Nokia, the once king of cellphones — probably all because of a catchy ringtone — announced their Q2 financials recently, and things do not look good for the company that had their phone ring from inside a Spinosaurus in Jurassic Park 3. Like the once proud smartphone pioneers, RIM, Nokia took some serious losses — about half a billion dollars — in the span of one quarter.

PaidContent UK breaks down some of the juicy (not so juicy for Nokia) tidbits: Sales declined by 7% over last year and are down 11% compared to last quarter, while earnings per share are down by 45% percent, and down 54% from last quarter. Last year, Nokia had around one billion dollars in net cash from its operations, and this year, in a stark contrast, that number is down to a debt of $176 million. On top of that, every single device category saw a decline in sales, with smartphones taking the biggest hit.

It seems the once household name isn’t doing particularly well these days, but Nokia plans to launch its first Windows Phone sometime later this year, so maybe that’ll give the venerable company a boost. Oh wait, the Windows Phone isn’t iOS or Android? Well, maybe it’ll still give Nokia a boost anyway.