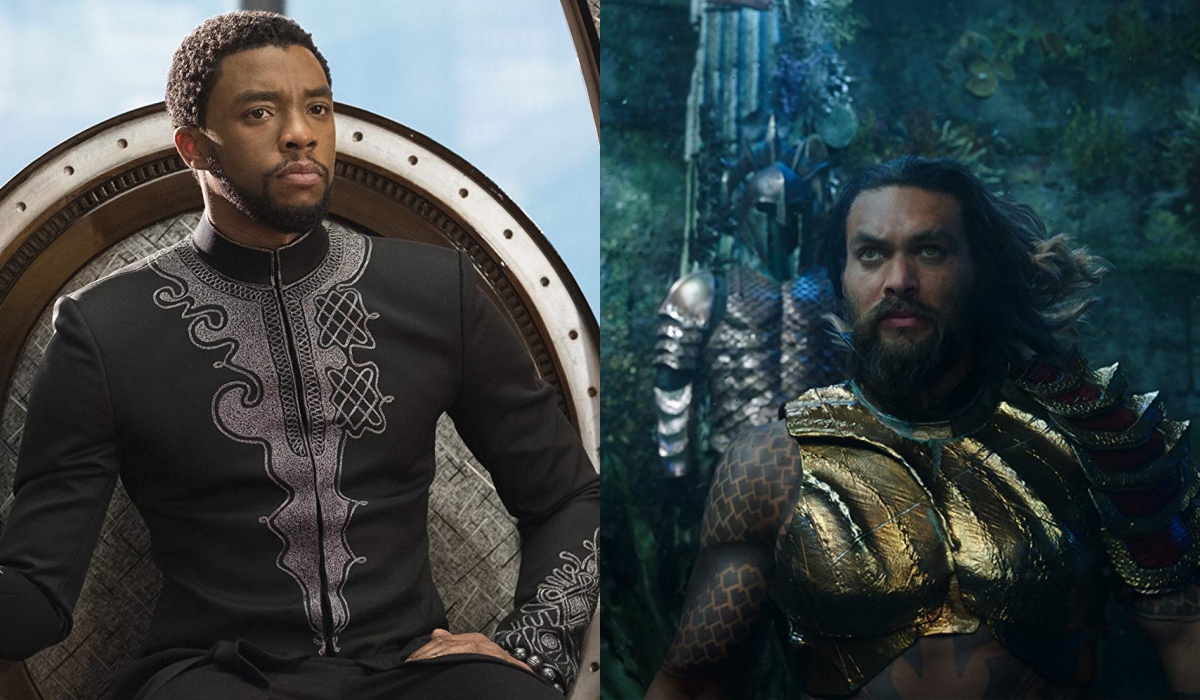 One of the most irritating comparisons to emerge after the release of Aquaman are all of the half-baked correlations made between the movie and Black Panther.

There are some surface-level parallels that can be made. Both are successful comic book movies led by men of color, directed by men of color, and featuring “king” narratives around isolationist countries/worlds. It’s to be expected that after all of the financial and social success of Black Panther, it might be used as a jumping-off point for talking about narratives involving characters of color. But it is exceptionally bad faith (and limiting) to assume that Black Panther is what all non-white led comic book movies should be like.

Today Screenrant published a piece called “Aquaman is Black Panther, But With The RIGHT Ending,” arguing that the narratives aligned in the same way, but Aquaman’s decision to show Orm mercy as opposed to what happened to Killmonger was the better choice. This seems to have completely missed the underlying themes of both films, conflating them at the most basic levels without regard for their cultural history.

The character of T’Challa/Black Panther has always been a Black man, with Black artists and creators who have developed him into the character know and love. As the first superhero of African descent, T’Challa has huge historic relevance for Black audiences, with only Storm and Luke Cage being just as high up there in terms of historical relevance and influence.

Director Ryan Coogler and screenwriter Joe Robert Cole, therefore, went into Black Panther with the intent to craft a narrative about Pan-Africanism, the African diaspora, and representing the Black men and women in a way they’d never seen in a movie like this before. Not even Blade, for all its badass goodness, has the kind of large-scale Black representation of Black Panther. Killmonger’s death in Black Panther is not the ending I would have wanted for Erik’s character, but it makes sense with how he was set up and the fact that he would mostly only find true peace in death.

Aquaman, for all that we’ve seen, was not created with that same intent when it comes to Polynesian representation. Neither David Leslie Johnson-McGoldrick or Will Beall, the screenwriters, are Polynesian, and it was Zack Snyder who initially cast Jason Momoa as Arthur Curry.

Beyond Arthur, his father Thomas, Black Manta, and (briefly) Dad Manta, there are not many people of color with big roles in this movie. That’s valid to bring up in the film when we are talking about representation. At the same time, we should not dismiss what having Momoa in this role means to young people of Polynesian descent, or just brown/mixed-race kids in general.

Part of the reason I cried multiple times in Black Panther was that more than anything, it showed me something I’d never seen on screen before. The celebration of Blackness not only in terms of the culture, but also the visual of seeing Black men and women in the roles of kings, queens, heroes, and villains.

Watching Aquaman, all I could think is how cool it was going to be for a kid to see a hero who looked like them, a hero who had been called a “half-breed” for his racial background being the chosen one—and even in a small way highlighting the cultural abandonment that one can feel when one side of their family is racist. It is the subtext of Aquaman, whereas in many ways it was the text of Black Panther, and there is room for both kinds of movies. They’re not attempting to be the same, and there’s no reason to compare them.

We don’t need to pit these two movies against each other. 2018 gave us: Aquaman, Crazy Rich Asians, Black Panther, Into the Spider-Verse, Searching, and Bumblebee, and that is awesome. Marginalized groups do not all have to tell their stories the same way. It’s okay to have a movie that is more focused on fun than highlighting a single issue. There is always room for a lot of that to be brought in with Aquaman 2 if they want it to be.

We should not dismiss what it means to have traditional heroes and protagonists who look different from what we have conceived the “every-man” to be for generations. Jason Momoa as Arthur Curry does that. Chadwick Boseman as T’Challa did that, and nothing will change that fact. But that’s where the comparisons should end. Especially since the two characters were already similar based on their comic counterparts and that was always going to be the case regardless of who was cast as Arthur.

“As similar as Aquaman and Black Panther have been to this point, it’s in that final battle where DC triumphs – and Marvel comes up short,” Screenrant writes, making me wonder what movies they were watching.

If we are going to compare Aquaman and Black Panther or as will happen eventually, Captain Marvel and Wonder Woman, let’s also do so in more productive ways, not just to create DC vs Marvel drama. Not only is it not helpful, but for the most part … it’s just boring.